DU Women’s Basketball Has Sights Set on the Big Dance

University of Denver seniors Lauren Loven and Madison Nelson have been through a lot while wearing the crimson and gold. Their freshman year ended with the women’s basketball team winning only six games. Their sophomore season featured a coaching change that brought Jim Turgeon to Denver. Then last year, an 18-win season was capped with a trip to the WNIT Tournament, the team’s first postseason tournament appearance in nearly 10 years.

“The WNIT was a good stepping-stone for this program, and it was really fun for us, but I think because of it we realized how much we want to win and how much fun the postseason really was, because not everybody gets to make it there,” Nelson says. “I feel like we have a really strong team this year, and we can really make those strides.”

Others across the country also believe the Pioneers head into the 2019­–20 season with a strong team. The University of Denver has been picked to finish third in the Summit League, behind only South Dakota and South Dakota State. Nelson and Loven have been named to the preseason All-Summit League First Team. And Loven, who already holds DU’s record for the most 3-point field goals, is on the watch list as one of the top 20 shooting guards in women’s NCAA Division I college basketball.

“I love playing a fast-paced game,” Loven says. “It really helps everyone get easy transition shots, and basically where I get most of my 3s is from running. It’s a lot more fun when we are running the floor and making other teams tired.”

The Pioneers play an up-tempo game. Running is not optional under Turgeon, and neither is putting up a lot of shots. Denver averaged 80.2 points per game last season, the 10th highest mark in Summit League history.

“When we’re scoring 80 points a game, that’s hard to do,” Turgeon says. “We still have some bad nights, but we’re still getting close to 80 on our bad nights. That’s hard to compete against.”

In two exhibition games this year, DU scored 93 and 95 points. The Pioneers tip off their regular season tonight in the Show Me State against the University of Missouri-Kansas City. While the student-athletes are ready for the games that count, Turgeon knows there’s still room for improvement.

“We are more talented than we’ve ever been,” he says. “We do have five new players, so this is the first year we’ve had to mix the old [student-athletes] with the new at this type of level. So, we’re more talented and we’re much further along, but we still have some young kids we’re trying to teach some things.”

After last year’s success and this year’s preseason accolades, the Pioneers will not be able to sneak up on their opponents. Nonetheless, DU enters the season with a ton of confidence and big goals for the season. 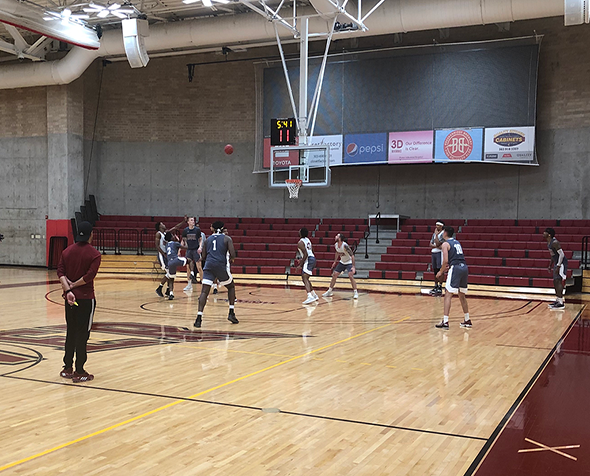