You would be hard-pressed to find a collegiate sports program currently enjoying greater success than the University of Denver Pioneers. Two teams sit atop their national polls; another team is ranked in the top 10; a fourth team is off to its best start since 2013; and there’s a fifth team making a serious run at its 32nd national championship. 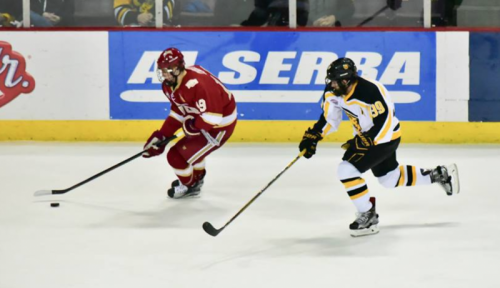 If you haven’t been following the men’s hockey team, now is a good time to start. After two home games this weekend against #18 St. Cloud State, only two games remain before the postseason gets underway. The Pioneers are the top-ranked team in the country and have already clinched home ice for the first round of the NCHC Playoffs. The last time the team lost a game was last month while visiting St. Cloud State.

Also leading the polls is the men’s lacrosse team. This is the first time in DU history that both the hockey and lacrosse teams have been #1 at the same time. The Pioneers have started the season with victories against two top-25 teams. This weekend DU hosts the 2017 Faceoff Classic; next weekend, third-ranked North Carolina visits Peter Barton Lacrosse Stadium.

The Pioneers are proving they know more than just how to hit. The gymnastics squad has finished either first or second in all of its meets this year and has soared to eighth in the country. Last weekend, freshman Maddie Karr scored a perfect 10.0 on the vault. It’s the sixth time a perfect score has been achieved on the vault and the 17th overall in DU gymnastics history. This weekend, gymnastics will compete at #20 Ohio State and host #22 Illinois.

The women’s lacrosse team is off to an undefeated start at 4-0. The Pioneers are now ranked 14th in the country, the team's highest ranking since 2013. This weekend they will host UC Davis before traveling to Boulder next weekend to play the Buffaloes. 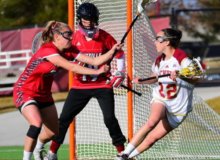 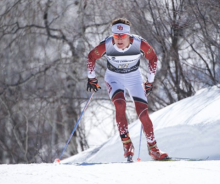 The men’s and women’s swimming and diving programs claimed their fourth-straight Summit League championship. They did it in dominating fashion, winning all 34 swimming events. Next up for the Pioneers is the NCAA Championships.

It’s almost tournament time for the men’s basketball team. The Pioneers will close out the regular season this weekend at South Dakota State with an opportunity to finish third in the conference. The Summit League Tournament gets underway next weekend. 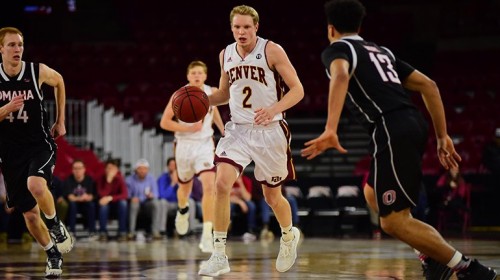