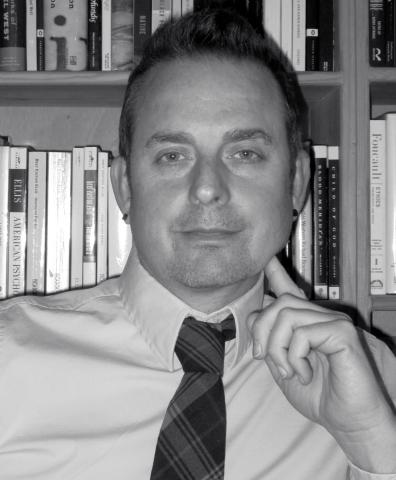 Stratton is one of the first 30 people in the world to be awarded a PhD in American Indian Studies. He has taught courses that span Native American/contemporary American literature, Native and Indigenous studies, Southern gothic and new west literature, postmodernism, writing and film studies.

His interest in Native American literature is grounded in a commitment to interdisciplinarity.

“Given the emergence of the Idle No More movement, actions to address violence against Native women, and the ongoing struggle by Native peoples against the Dakota Access Pipeline in North Dakota, Native American perspectives are more critical than ever,” Stratton says. “Teaching Native literature and celebrating Native storytelling is a way of placing such issues within a much broader historical context, and one that encourages a more nuanced understanding of Native American culture, as well as a greater appreciation of its artistic accomplishments.”

Stratton has published on captivity narratives, Native American critical theory, and contemporary literature. His first book, “Buried in Shades of Night,” was published in 2013. He has been instrumental in efforts to create dialogue at DU around the issue of Sand Creek, and has edited and published several works on that theme. He will continue to help DU faculty and students engage in Native American studies and enhance Native American community relations.

Stratton has served as a Fulbright Scholar in the American studies program at Julius-Maximilians-Universität Würzburg, Germany in 2013, and has lectured throughout America, Australia and Europe.

Current projects include a critical volume on the fiction of Stephen Graham Jones that is set to be released by the University of New Mexico Press in December, and a fiction project set in Appalachian coal country.