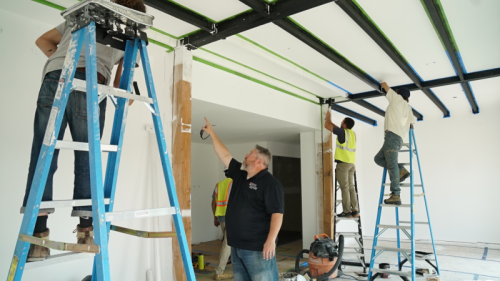 Assistant Prof. Eric Holt is working with students from the University of Denver and UC Berkeley competing in the Solar Decathlon competition

You could say things have come full circle for Eric Holt. In 2011, as a PhD candidate in the construction management program at Purdue, he was part of the student team that participated in the international Solar Decathlon competition. Fast forward to 2017, and Holt is now an assistant professor at the University of Denver and is overseeing students taking part in the same competition.

“Some of the students are almost living out there. That’s what I had to do as a grad student and as a construction manager,” says Holt, who teaches in the Burns School of Real Estate and Construction Management in the Daniels College of Business. “It’s different now, being a faculty member, because I just drop in and make sure they are staying on task and not doing something they shouldn't.”

The Solar Decathlon competition is put on by the U.S. Department of Energy and occurs every two years. Thirteen collegiate teams are taking part in the 2017 competition, happening next month in Denver.

The experience Holt brings to the DU/UC Berkeley team is invaluable. He was part of a three-year process of designing, constructing, competing and delivering a home to its final destination while at Purdue. His team in 2011 finished second out of a pool of 20 teams. 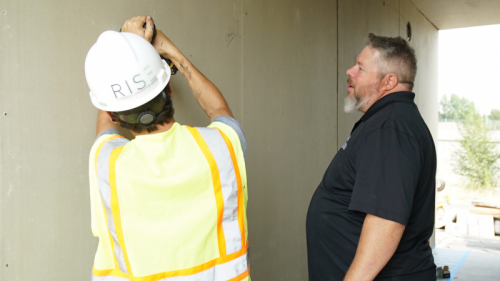 “It’s fun being on the faculty end now, because I get to provide guidance and mentoring,” Holt says. “I’ve had to catch myself, because all of a sudden I’ll start doing something that the students should be doing. I don’t want to take away from the learning experience.”

It’s that kind of experiential learning that Holt enjoys most about the Solar Decathlon. It’s also why he hopes the University of Denver will have a team competing in 2020, when the international competition returns to Denver.