Graduating Senior Champions Sustainability Efforts on Campus and Beyond 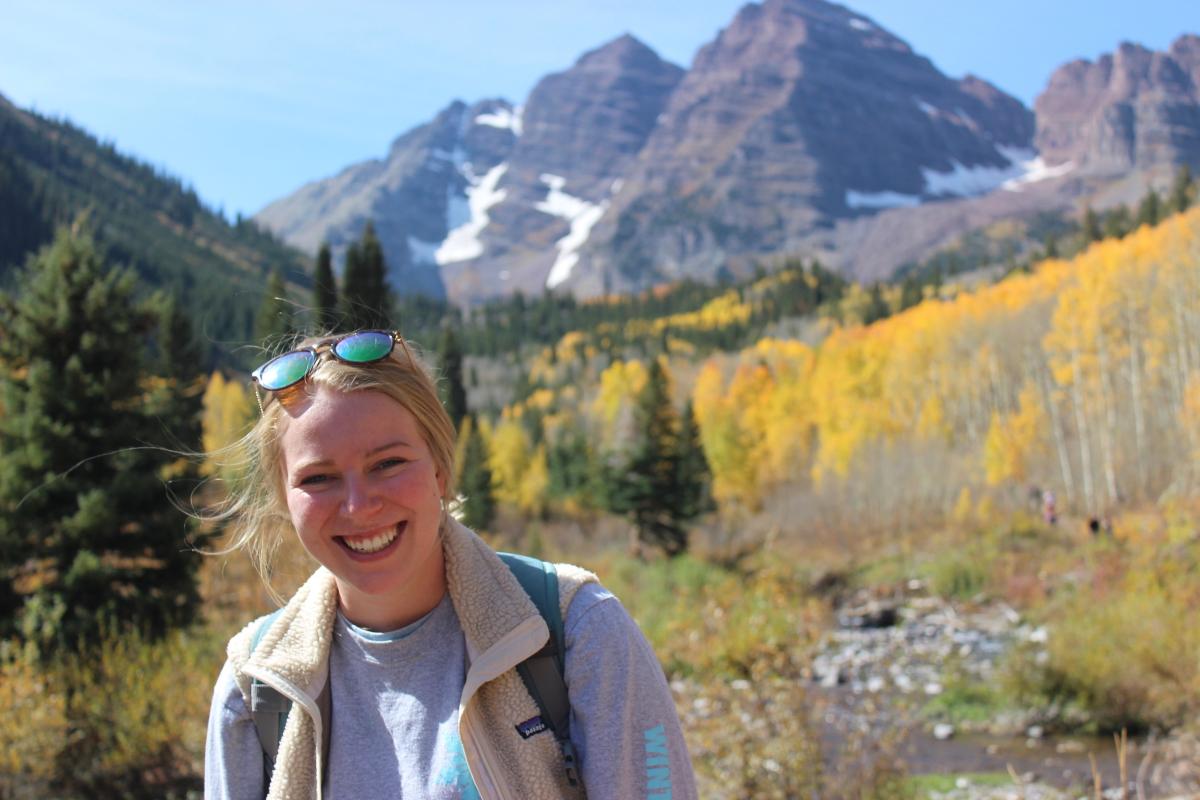 They say one person’s trash is another person’s treasure. Indeed, as she sorted and weighed pounds of smelly, wet garbage, graduating senior Grace Houser found something precious that has sustained her through four years at the University of Denver — community.

Since her first year at DU, Houser — who double majored in communication studies and Spanish and who will claim her bachelor of arts degree this week — has been arm deep not only in waste audits but also in a number of Center for Sustainability projects. She started off as an intern, but moved on to serve as the center’s energy programming undergraduate lead, organizing events and activities that highlighted the need to reduce energy usage and invest in clean alternatives.

“I [got] to engage with the student body and get them more involved with sustainability efforts,” Houser says. “I think we also cultivated a really fun environment — we like to create a positive connotation with sustainability that makes people want to participate.”

Houser already had a budding passion for sustainability when she arrived as a first-year student. That only deepened during her time in DU’s sustainability-themed Living and Learning Community. It was there that she first connected with the Center for Sustainability.

Since then, Houser has organized numerous events, including the annual energy challenge, which she worked to improve from the start.

“We kept trying different designs and structures each year for the past four years, and we were trying to find the right fit,” Houser explains. “This year was the best so far. We had people pledging their energy-saving efforts that they were going to try throughout the month of February.”

Houser also had a hand in other projects, including the center’s quarterly open mic nights, which saw an explosion in participation, and a “green room” certification program that allows sustainably-minded dorm residents to earn recognition for their in-room efforts to curb climate change.

Houser’s work at the Center for Sustainability didn’t just empowered her to make a difference on campus — it also gave her tangible career skills and connections that combine her academic training with a public good focus. After graduating, she will intern at Girls Inc., a nonprofit designed to inspire and support young girls.

Ultimately, Houser hopes to return to sustainability work, inspired by the impactful efforts of professionals she encountered during her time at DU. That’s thanks to the center, which introduced her to sustainability heroes through the annual Sustainability Summit and the Association for the Advancement of Sustainability in Higher Education (AASHE) conference. Houser attended last year’s AASHE event in Spokane, Washington.

“My end goal is to bring the communications and marketing skill I have and apply that to my passion for sustainability,” she says. “I definitely want to end up back in that. I think that would be really fulfilling for me.”