The University of Denver’s much-renowned Graduate School of Professional Psychology (GSPP) first opened its doors in September 1976, only the third program of its kind in the country. In summer 2016, the GSPP celebrated its 40th anniversary with an event at the Cable Center. Among the guests was Nelson Jones, the school’s first administrator and one of three founding professors who made the shift from the University’s psychology department to the school.

So what was behind the school’s genesis? And what was the program like in its fledgling years? Jones shared some memories with news.du.edu.

“Clinical psychology as a professional discipline is not all that old. It really emerged from World War II,” he recalled, noting that in the aftermath of war, the Veterans Administration, which later became the Department of Veterans Affairs, found itself desperately in need of professionals to help returning service personnel cope with mental health issues.

With training programs for these professionals in short supply, filling the need was a challenge. “Clinical training was sort of grafted on to academic research institutions. That lasted for a long time, but it was never a very good fit,” Jones explained. “By the early ’70s, it was fairly clear that if psychology was to be regarded as a real profession, something really needed to be done about a better training model.” 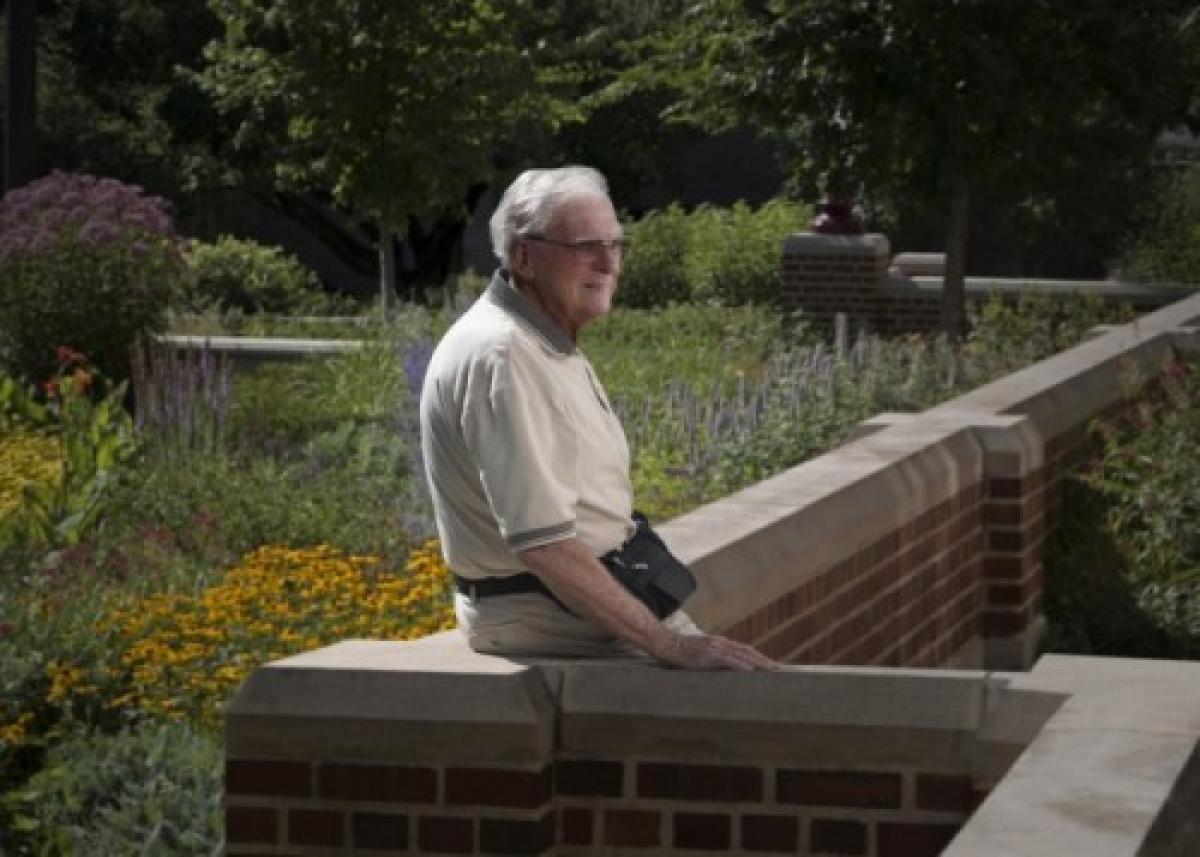 The University’s psychology department was, Jones continued, “really a natural for doing that. With a little persuasion, the University let us set up a program designed to train professional practitioners rather than researchers.”

The decision came as a relief to students less interested in research and more interested in setting up a clinical practice. It also, Jones noted, came as a relief to the research faculty, whose members much preferred to spend their time pursuing lines of inquiry and training future academics. “Clinical training was always a second-class operation in departments of psychology,” Jones said.

When it opened its doors, the school gave clinical training the emphasis it deserved, offering the PsyD, a doctor of psychology degree in clinical psychology. Since then, under the leadership of deans Peter Buirski, who served from 1991–2012, and Shelly Smith-Acuna, who heads the school today, the GSPP has added master’s-level training programs in forensic psychology, international disaster psychology and sport and performance psychology. In addition, it recently added a specialty in Latino psychology, an online degree in sport coaching and a specialty in military psychology, with an associated veterans service clinic.

Back in the early days, the professional psychology school was tucked into an ersatz facility that no longer exists. “We were given Conrad Hall,” Jones explained. “It was an old tin shed really. We were able to get it to a presentable state inside. It had several advantages, not the least of which was that it had been the computing center back in the days of vacuum tube computers. And it had enough air-conditioning capacity to cool south Denver. So it was a very comfortable building actually. … Everybody liked being together there.”

The school’s first students, Jones said, were grateful to plunge immediately into different treatment techniques and philosophies. “From practically the day they arrived, students were exposed to practicing different techniques. They started being clinicians from the time they came in.”

Even so, he added, “It did take the better part of two years to design a curriculum. There wasn’t really any model for this. We simply had to make it up as we went along.”

It helped that the three founding professors — the others being Evelyn Paley and Joe Dodds — were committed to educating students in the scientific basis for practice, but also to giving them immediate hands-on opportunities to see clients and serve as co-therapists.

In addition to the three founders, the new school relied on appointed half-time faculty members, many of whom operated private practices. This arrangement allowed the fledgling school to operate within its limited budget. It also reinforced the school’s philosophy that, as Jones put it, “people should be doing what they were teaching.”

Jones looks on today’s GSPP, characterized by its world-class faculty, sophisticated counseling facilities and innovative programs, with considerable pride: “I think it’s clearly regarded as the primary professional psychology program — and there are now nearly 40.”