Henry Root Driven by His Love of Music

DU didn’t offer Henry Root his first experience in the music business — that came with a stint in high school managing a band fronted by his classmate Eric Bazilian, who later founded the Hooters and wrote “If God Was One of Us” for Joan Osborne. But it was on the University of Denver campus that Root’s lifelong love of music started to transform into real opportunities.

“I came out to DU in fall of 1971, and I had over the summer read ‘Steal This Book,’ by Abbie Hoffman. I discovered that if I wrote concert and record reviews I could get into concerts for free and get records for free,” says Root (BA ’75, JD ’82), now a music lawyer in Los Angeles. “So I went to the office of Free magazine, which was the campus literary publication, and became the music editor of Free magazine for all four years I was at DU.”

Root’s other extracurricular activities during his time on campus included serving on student government, writing a handbook on renters’ rights and getting elected to the All University Programs Board (today the DUPB), where he booked campus concerts by acts like Boz Scaggs and the Steve Miller Band. A DU show staged in conjunction with legendary Denver concert promoter Barry Fey led to a job working for Fey and Rick Wurpel, another former DU student who would go on to produce U2’s famous “Under a Blood Red Sky” concert video at Red Rocks.

“My senior year at DU, Rick hired me to do stage management and concert production for Barry,” Root recalls. “I spent the summer of 1975 stage managing Red Rocks Amphitheatre with Rick and producing Barry’s stadium concerts at Hughes Stadium in Fort Collins — we did the Rolling Stones, Chicago and the Beach Boys — and then going out on tour as Barry’s promoter representative with acts like Joe Walsh.”

It was a rock ’n’ roll dream come true for the kid from Philly who grew up devouring records, but his more practical side — and a double major in political science and sociology — gave him another avenue to pursue: law school.

Root started at DU law in 1975, but after two years took a break to go back out on the road as a tour manager and lighting designer for acts ranging from Roy Ayers and Patti LaBelle to Grover Washington Jr. and Chic. A stint with an opening act on a 1979 Van Halen tour brought him through Denver — and back to the DU campus, where a conversation with law professor Francis Jamison led him to reapply to continue his law school education.

“I was readmitted, and I finished that Van Halen tour in Los Angeles and flew back to Denver with three pairs of blue jeans, 14 T-shirts, no car and no place to live, and began my first year of law school all over again,” he says.

By then interested in becoming a music attorney, Root eventually was hired as a summer intern at MCA Records in Los Angeles, home at the time to such artists as the Who, Tom Petty and Elton John. With DU’s permission, he finished law school at Loyola University as a visiting student, then passed the California bar and got hired full time in the business and legal department at MCA.

“I was very fortunate that the cards fell in place for me to pursue the career I was really interested in pursuing,” he says. “Beyond being a music junkie, I’m a real law junkie, and at the end of the work day I would be able to go into the file room and take home to read at night the legal files on many of the biggest deals for some of the biggest artists in the music industry.”

His time at MCA gave Root the experience he needed to strike out on his own, and he opened his own firm in the late 1980s. In 2010, he formed Lapidus, Root & Sacharow with attorneys and fellow music-industry veterans Greg Lapidus, former head of business affairs for Geffen Records, and Jeff Sacharow, former head of business affairs for Windswept Pacific Music Publishing.

“Artists live in a world that’s quite separate from the rest of us — in sort of a bubble,” Root says. “I realized that I had an appreciation and an understanding of the music business and was able to translate that for artists. When I decided I wanted to be a music attorney, I quite intentionally wanted to work at a major record company and a major publisher before I struck out to represent artists so I could get an inside view of how the industry operated.” 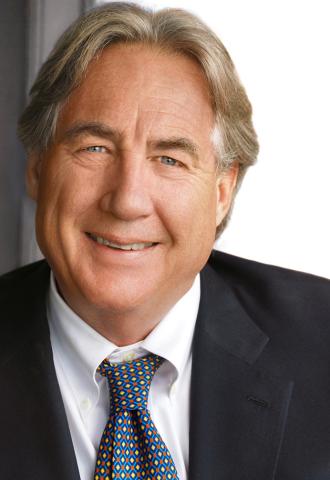 These days, Root has an inside view on how the music industry is changing. Representing artists such as Wyclef Jean, Earth, Wind and Fire, En Vogue, Dave Mason, Sinbad, Sheila E, Charlie Wilson and newcomer Anderson .Paak (in addition to non-music clients like author Clive Barker), he has seen firsthand the rise and fall of the compact disc, the resurgence of vinyl records, and the ways in which the internet and streaming music have completely upended the traditional record deal.

“The music industry is no longer in a sales business. There’s not a product to sell to a consumer anymore,” he says. “For most of my career growing up, consumers were buying compact discs for 18 bucks that the record companies were getting roughly $11 for and the artist was getting $1.50 to $2 of that $11. Now, everybody’s scrambling to get hundredths of a cent per stream. The economics aren’t anywhere near what they were.”

That’s why Root is diversifying his client list, taking on companies like Endel, a startup that delivers, through its app, continuous streams of ambient music that changes in response to variables like weather, time zone and even a user’s heart rate.

Root also serves on the board of directors of the Colorado Music Hall of Fame, is a member of the governing committee of the American Bar Association Forum on the Sports and Entertainment Industries (after serving three terms as chair of its music division) and is the recipient of several industry-related awards and honors.

“What gets me up and coming to the office every morning is the opportunity to work with the future of the music industry,” says Root, who also volunteers with MusiCares, a nonprofit that provides financial assistance to musicians in need, and teaches a music law course every spring at the University of Miami School of Law. He considers himself fortunate, he says, to have the opportunity to “look into the crystal ball of the future of an industry that’s changing so rapidly.”

What has remained the same is Root’s love of music and the desire for exploration that he honed during his time at DU.

“The University of Denver provided me with an environment that had no limits, as long as I was willing to push the limits,” he says. “I found it for me to be a place where education and opportunity weren’t necessarily spoon-fed to me, but I was given a supportive and nurturing environment to pursue what I wanted to pursue. When I wanted to write that renters’ rights handbook, Dr. Drury in the business school let me do it for an independent study project, and Steve Atonoff, dean of student life, funded its publication. When I wanted to write concert and record reviews, Free magazine gave me the opportunity to do that and my freshman English teacher, Lynn Brecht, edited them with me. When I found out I enjoyed concert production, the programs board gave me the opportunity to meet Barry. There was nobody there I ran into that said ‘no’ to me; everybody I ran into pretty much said, ‘That’s cool; how can I support you?’”