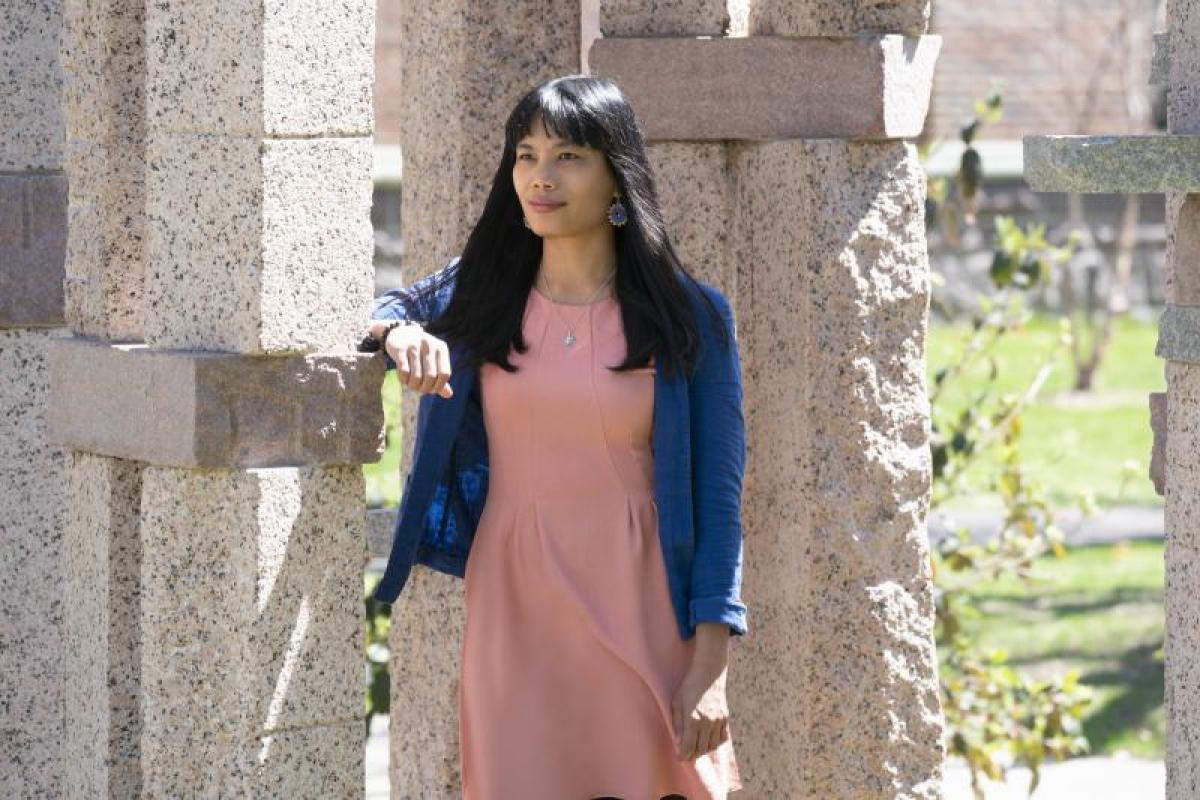 Dian Agustino’s human rights work began at an Islamic boarding school in her native Indonesia. The students at the school were part of the country’s majority population, and with intolerance toward religious minorities growing throughout the region, peace building was Agustino’s mission.

The work was part of her job at an international NGO, and she says it’s where she first met people facing discrimination. “I was not aware of that before, because I’m part of the majority,” Agustino says. “I realized human rights are universal, but they are not necessarily respected in a lot of contexts, especially when you are a minority.”

Even as she watched adolescents expand their perspectives, Agustino faced the contradictory feelings of inspiration and despair. “The work that I had done,” she says, “I knew it was important. But I was also frustrated by the challenges we faced on the ground. I was like, what can we do to improve our work?”

Her solution was to go back to school. Backed by a Fulbright scholarship, Agustino enrolled at the University of Denver’s Josef Korbel School of International Studies. In June, she will graduate with a master’s degree in international human rights and a certificate in humanitarian assistance.

The last time Agustino crossed the stage at a commencement ceremony, human rights work was not yet on her mind. While finishing her bachelor’s degree in international relations from Budi Luhur University in Jakarta, she landed a job as a journalist and continued that work for eight years.

“At first it was fun, and I loved doing that so it didn’t matter, but something just kept on bugging me,” she remembers. “It just goes back to my values as a person. I have always seen myself as a part of society that needs to contribute. I was struggling with figuring out what my contribution was.”

Agustino found that missing piece when she moved to the nonprofit world, where she confronted issues related to peace building, women’s representation, sexual and reproductive health, and global health. “The one common thread that connects them is human rights,” she says.

She came to Korbel to build on that work. In addition to working in Korbel’s Office of Enrollment, she is completing an internship that focuses on Palestinian refugees in Jordan and Lebanon. She also volunteers for the American Red Cross in Denver, where she focuses on helping migrants and refugees find missing family members in their countries of origin.

Through her classes, Agustino encountered opportunities to develop skills while defending human rights. During professor Oliver Kaplan’s course on human rights research methods, Agustino found the Korbel Asylum Project, where she prepares country-condition reports for asylum seekers. And, through a qualitative research methods course with professor Rebecca Galemba, she worked with Aurora-based Casa de Paz, learning about immigration detention in the U.S. through the stories of real people negotiating the immigration process and the volunteers who help them.

All of these experiences, Agustino says, have prepared her for her eventual return to Indonesia. As part of her Fulbright scholarship, Agustino can spend the year and a half after graduation growing her skills through internships (which she is currently seeking on the East Coast). But then, it’ll be time to put her degree to work at home.

“I will definitely go back,” she says. “That’s the reason why I came here. I wanted to improve my effectiveness as a human rights advocate.”

Once she returns, Agustino plans to focus her advocacy on issues around sexual assault on young women, which she says is all too common. “[People] think they can do whatever they want to women [and] the government has not been responsive,” she says. “The problem is the way [young men] are taught to see women. It’s not an issue that is unique to Indonesia. … The difference between here and Indonesia is that there is strong advocacy for policy changes. In Indonesia, there is also activism, and we also have strong women advocates, but they have not been able to make significant dents.”

Armed with a strong theoretical background and new practical skills, she plans to start chipping away. “Studying here has exposed me to the different ways that different actors in the national development and humanitarian world have responded to challenges,” Agustino says. “It has also opened my eyes that the changes we have been fighting for are major. That’s why it’s not easy. It’s going to take a long time and we are going to need to create a systemic change. But, as long as there are people working on it, it’s possible.”