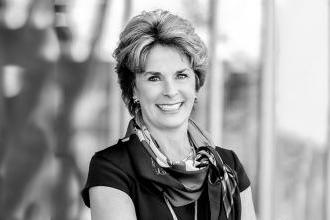 IAALS, the Institute for the Advancement of the American Legal System, announced today that founding executive director, Rebecca Love Kourlis, will retire from her role. She will be replaced by Arizona Supreme Court Chief Justice Scott Bales, who recently announced his impending retirement from Arizona’s highest court.

Bales will take over leadership in September. IAALS was established in 2006 with a focus on research-based, implementable reform of the American legal system.

“Becky’s single-minded commitment to rebuilding justice in our country has left an indelible mark on the legal landscape. Her leadership on this work so critical to our democracy, has made real change today and illuminated the path forward,” said Ret. Arizona Supreme Court Chief Justice Ruth McGregor, who serves on the IAALS board and chaired the committee tasked with finding Kourlis’ replacement. “It is hard to imagine a better individual to lead the organization into its future than Scott Bales. His deep commitment to access to justice has already transformed Arizona courts in critical ways.”

IAALS was founded by University of Denver Chancellor Emeritus Daniel Ritchie, Denver attorney and bar leader John Moye, business leader and philanthropist Charles C. Gates, and Kourlis, who stepped down from the Colorado Supreme Court to serve as the first executive director. Driven by concern over a legal system increasingly under attack from outside forces—a system that was often failing to deliver justice—the group established IAALS to focus on independent, non-partisan, research-based reform for the nation’s civil justice system.

Kourlis is a native Coloradan who served the state’s judiciary for nearly two decades as a trial court judge and a member of the Colorado Supreme Court before she founded IAALS. She began her career practicing natural resources, water, public lands, oil and gas, and mineral law. Her father, John Love, was Colorado’s 36th Governor.

“When we began this work 13 years ago, I was deeply committed to working toward a system that serves all people, by being accessible, fair, reliable, efficient, and accountable. Justice for all should be more than a pledge: every day it should be closer and closer to a reality,” Kourlis said. “We have accomplished much but there is much more to do to ensure that our courts and the legal profession are truly accessible.”

Under Kourlis’ leadership IAALS has created an awareness of and developed consensus around the scope and sources of problems in our nation’s civil justice system and built support for reform among attorneys, judges and courts. This awareness has led to new state and federal civil case processes that have been implemented across the nation, new tools to help courts, lawyers and judges evolve to meet 21 Century users’ needs and expectations. IAALS has given users of the system a true voice in reform as well as championing the development of a better way for family courts to function, particularly around divorce, with a deeper focus on non-adversarial problem solving and the health of the family. IAALS has also pushed for more effective and meaningful judicial performance evaluation. And has spearheaded a national effort to identify the characteristics and competencies that lawyers need to succeed in the practice of law; and worked with law schools to incorporate them into the curriculum so that graduates are better prepared to meet their clients’ needs when they begin their practice.

“I can’t imagine a better way to continue working on the issues about which I have cared most deeply throughout my career, issues I’ve been working on in the Arizona courts,” Bales said. “I was attracted by IAALS’ long track record of impartial analysis, practical problem solving and successful implementation.”

Bales has served in private practice, as an Assistant U.S. Attorney for the District of Arizona, as Deputy Assistant Attorney General in the U.S. Department of Justice's Office of Policy Development and as Solicitor General for the State of Arizona. He was appointed to the Arizona Supreme Court in 2005.

“DU has long valued its partnership with IAALS. The transformative work done by Becky and IAALS is critical to our nation and is a hallmark of the vision of the University,” said DU Chancellor Rebecca Chopp. “We will miss Becky’s leadership but are excited to welcome Scott to the University community. I look forward to IAALS’ continued growth and impact.”