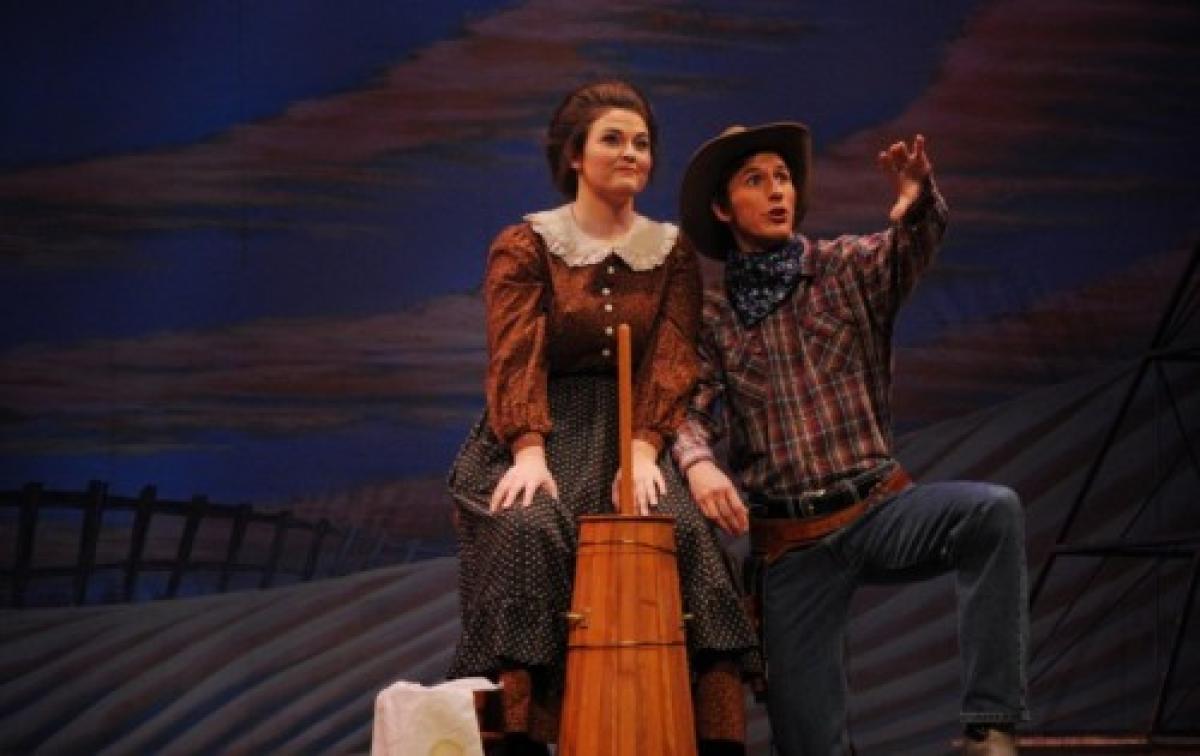 As the lyrics in Rodgers and Hammerstein’s "OKLAHOMA!" say, “He’s gone about as fur as he c’n go.” Lamont 2014 vocal performance graduate George Arvidson starred as Curly in the 2014 Lamont Opera Theatre production of "OKLAHOMA!". This summer, a childhood dream of Arvidson's will come true on stage in London.

He has been cast in the West End (London’s equivalent of Broadway) production of Tim Rice and Andrew Lloyd Webber’s TONY award-winning musical "Evita". The show will run at the Phoenix Theatre in London for 12 weeks this summer.

“As you can imagine, I’m elated about this opportunity and its implications for my career,” Arvidson says. “I am so grateful for the experiences I had at Lamont School of Music and to the faculty members who supported my dreams and ambitions.”

Arvidson has performed throughout the United Kingdom and Europe since earning his master of the arts degree from the Royal Conservatoire of Scotland.

Bringing added meaning to this opportunity for Arvidson is the recent death of a close friend and Lamont classmate.

“The recent devastating news about my classmate David Moffet has made me see everything in a different light. His passing has impressed upon me the fragility of life and how nothing can be taken for granted,” Arvidson says. “When I was at DU with David, it was clear that we as a class loved what we did. We loved being on stage. We loved music. We loved performing. We only have a short time to live, so why not spend it doing something we love? More than anything, that’s the privilege this opportunity has afforded me — to spend the next few months living a childhood dream.”

For more information and a complete list of concerts, master classes and events, please visit the Lamont School of Music website.