A Lifetime of Learning and Impact 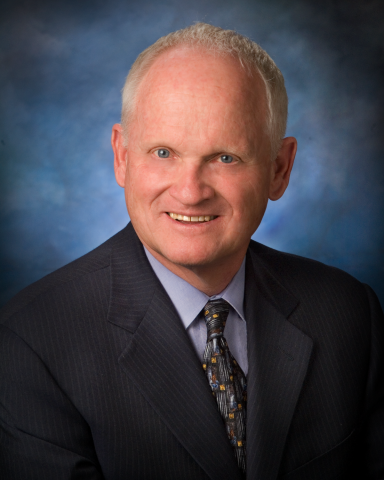 Dick Saunders’ first-ever plane ride brought him to Denver from Buffalo, New York, for the start of a life that he describes is an “only in America” story.

Arriving in Colorado as a new student at the University of Denver, he saw blue sky for the first time – in contrast to the gray, polluted skies that pervaded even the clearest days in his hometown of Niagara Falls in those days. New student orientation activities took him to Estes Park, with vistas of canyons, mountains, and cliffs far beyond what he had ever known. This journey of firsts previewed the opportunities that awaited him in this new life in Colorado.

Starting at DU in 1958 and living in Johnson McFarlane Hall, Saunders focused his studies in the department now known as the Burns School of Real Estate and Construction Management in the Daniels College of Business. Ever since he was a child, he had been interested in building. He took a year off from school around the time of his junior year, spending his days working in construction. Digging ditches and laying concrete for a homebuilder – as he tells the story, getting heatstroke in summer and frostbite in winter – served as a wake-up call for him to return to his studies at DU. He finished school and served in an internship at the same time, an experience that was a formative part of his education.

“That internship was extremely helpful for me as I began my professional life,” Saunders says. “Education starts as you learn from others; learning and mentoring are vital in the workplace.”

That principle of collaborative learning would become central to the culture he later built in Saunders Construction – the culture that is his greatest source of pride in the company. “Set goals and share ownership,” he says. “Sharing ownership means sharing in the risk as well as the reward. That promotes honesty and fairness, and people have their nose to the grindstone even more as a result.”

One of Saunders Construction’s current projects is the Community Commons on the DU campus, built on the footprint of Driscoll North and scheduled to open in 2021. It will provide a space for the DU community to gather, collaborate, enjoy a meal together and connect with a variety of student services. Running the length of the building on the first floor is the Richard C. Saunders Canyon, a place of connection for the DU community that is named in honor of Saunders’ $1.5 million gift to the project. Serving as the main artery through the Community Commons, the Richard C. Saunders Canyon is designed to collect and connect the hundreds of people flowing through it each day. Open floorplans of the Canyon create sightlines that span the horizontal and vertical span of the building.

“Walking through the Canyon reminds me so much of those first few days when I arrived in Colorado, and that drive up to Estes Park,” Saunders says. “I hope this space will bring that beauty to our students as well as the opportunity to gather and learn together. The days a student spends on campus are so important. I enjoyed my time at DU, and I had the joy of watching two granddaughters attend here as well. This space is for all students to enjoy, both now and in the future.”

Saunders notes that Colorado and DU have everything going for them; the beauty of the place and the friendliness of the people are tremendous assets to draw students to DU. He sees the Community Commons as a center point of experiential learning for DU students: the learning, friendships and experiences that will stay with them for a lifetime.