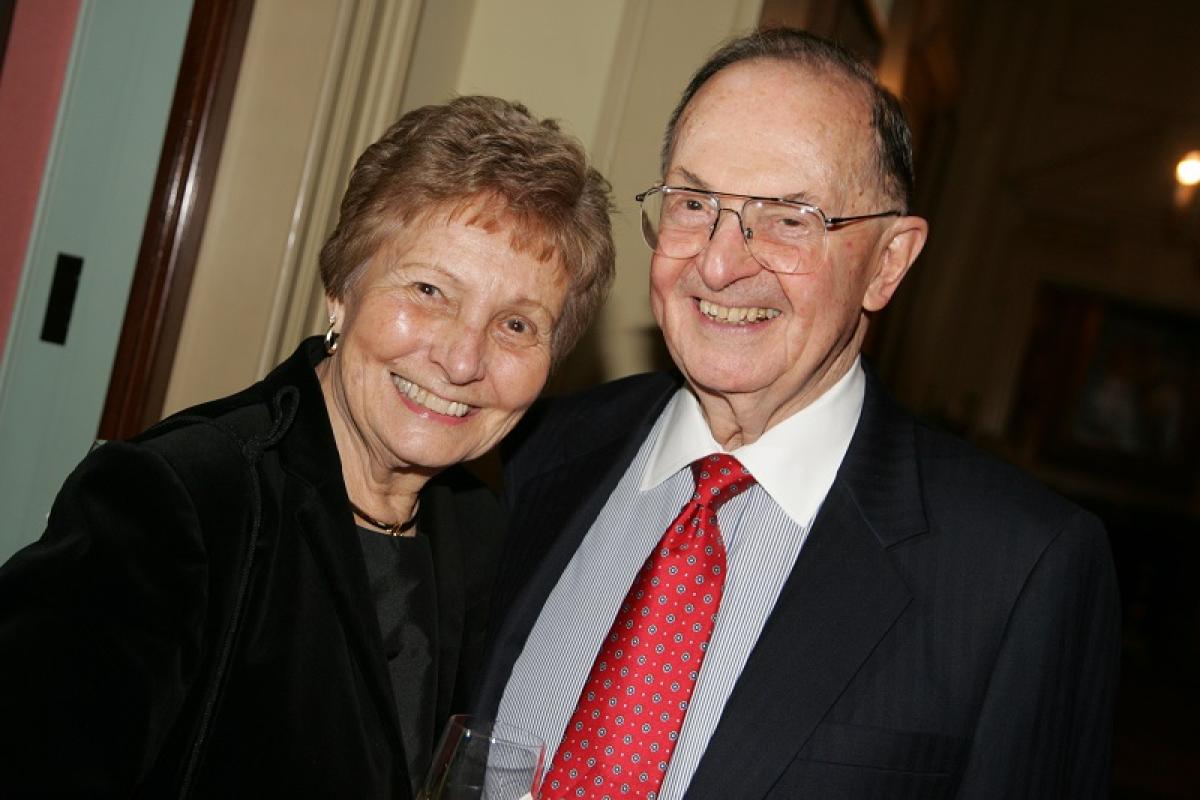 A message from Chancellor Rebecca Chopp

On March 28, 2019, our longtime trustee and friend, John Low, passed away at the age of 95. John will be greatly missed.

John has been such a special member of the Board and of the DU community; he was an alumnus of our Sturm College of Law and served in many leadership roles over the years. Among his varied contributions, I recall with particular fondness and appreciation his extensive work and consultation with the Faculty Senate.

John’s contributions to DU simply cannot be overstated. He was generous with his time, expertise and wisdom, always advising the University’s leadership to maintain the highest standards. And as an alumnus of this institution, he could not have loved it more or served it better.

There will be a memorial service for John on Friday, April 5 at 1:30 pm at First Plymouth Congregational Church, 3501 S. Colorado Boulevard, Englewood.

A respected attorney who spent his 66-year legal career at Denver’s Sherman & Howard L.L.P., John Low specialized in banking and finance, as well as business and corporate law. He was admitted to practice before the U.S. District Court for the District of Colorado, the U.S. Circuit Court of Appeals for the Tenth Circuit and the U.S. Supreme Court.

John joined the University of Denver’s Board of Trustees in 1987 and offered steady, responsible leadership in a number of capacities, including as vice chairman from 2003 to 2018. During his three decades as a trustee, he attended roughly 125 full board meetings.

Over the years, his contributions to the University of Denver have been recognized with numerous awards, including the Outstanding Law Alumnus Award and the Evans Award for Distinguished Service.  Most recently, in 2017, the University named a second-floor lobby in the Sturm College of Law after John and his wife, Merry. The John and Merry Low Lounge reminds all who visit of the couple’s continued service and enduring legacy. That legacy at DU continues with the Merry Low CWC Endowed Scholarship Fund, which he helped establish, and several family members actively involved in our community today:  John’s stepdaughter, Karen Cook (EMBA '10) is an adjunct professor in the Fritz Knoebel School of Hospitality Management and grandson Sean Magraw is a second-year law student at the Sturm College of Law.