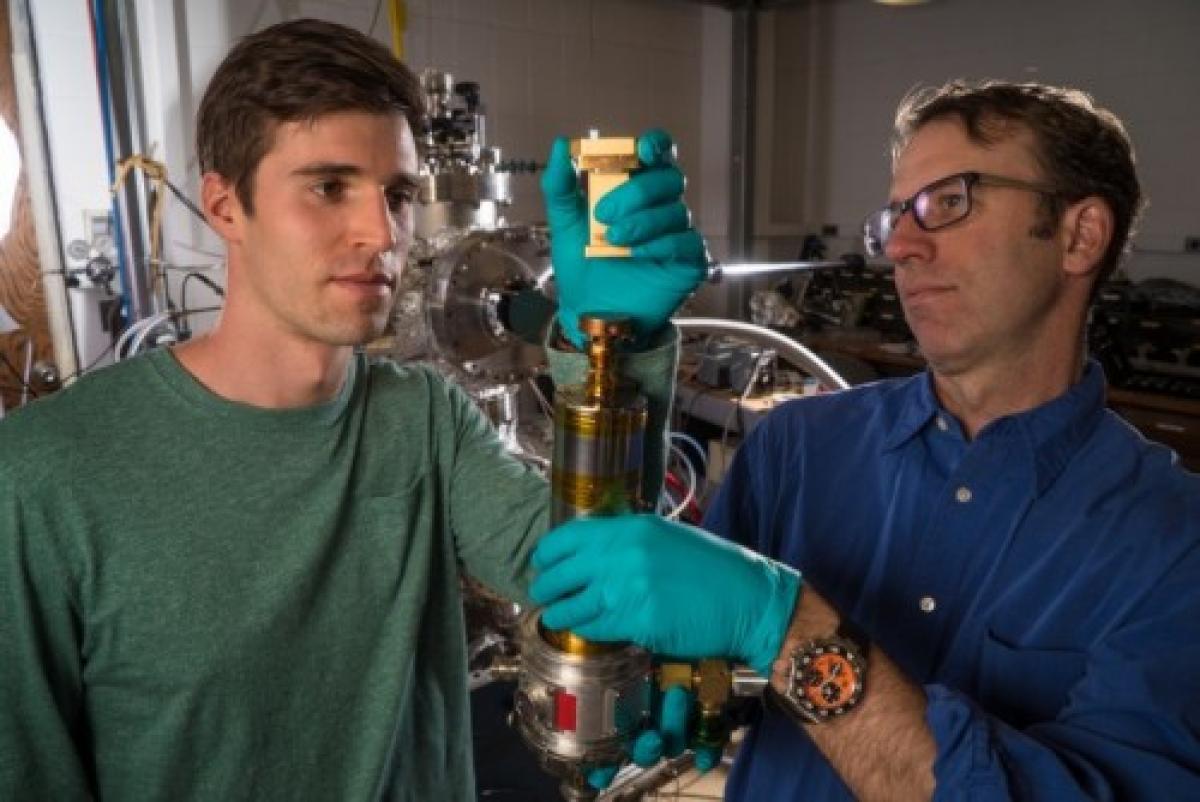 At 1/1,000th the width of a human hair, it’s light, flexible and the giga-star of Associate Professor Barry Zink’s recent thermoelectrics research. Known for its unique electrical properties, Zink says, this allotrope of carbon might just help us combat climate change.

And Zink should know. Along with physics graduate student Devin Wesenberg, he has collaborated with scientists at the National Renewable Energy Laboratory(NREL), based in Golden, Colo., and a research group at the Korea Advanced Institute of Science and Technology. They joined forces to investigate the carbon nanotube’s potential for capturing thermoelectric waste heat.

And the news is certainly promising. In fact, the scientists have discovered that, in addition to its many charms, the carbon nanotube can act as a thermoelectric power generator that traps and uses waste heat.

That part of our life—the things that we do for refrigeration—are stuck in the 19th century. Prof. Barry Zink, Department of Physics and Astronomy

“The thing in everybody’s house that is most clearly 19th century technology is your refrigerator. And your air-conditioner,” Zink explains. “Everything about that was figured out in 18-something. So it’s like that part of our life—the things that we do for refrigeration—are stuck in the 19th century. [Meanwhile], we’ve got all these modern devices that take advantage of the tremendous advances that you get by basically putting all of the things that need to happen into solid state form.”

While it’s still too soon to know just how the findings from the NREL/DU study will be used, Zink argues that the carbon nanotube’s potential goes well beyond enhancing appliances. In fact, it could completely reshape the way we think about heating and cooling. Perhaps the carbon nanotube could be designed into packaging for perishable goods, thus eliminating the need for refrigerated warehouses and climate-controlled trucks. Or perhaps, Zink suggests, it could be integrated into fabrics that could cool the body and reduce the need for air-conditioners.

“It could contribute to more sensible energy management in the future,” he explains. 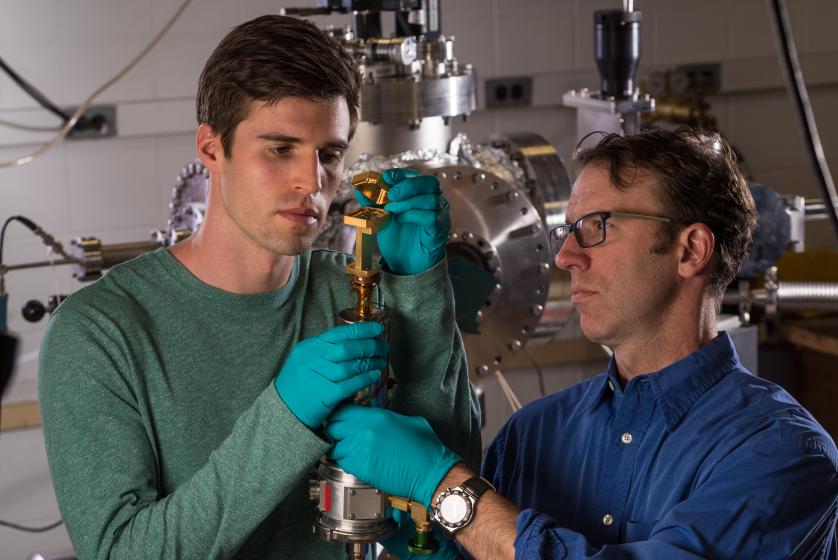 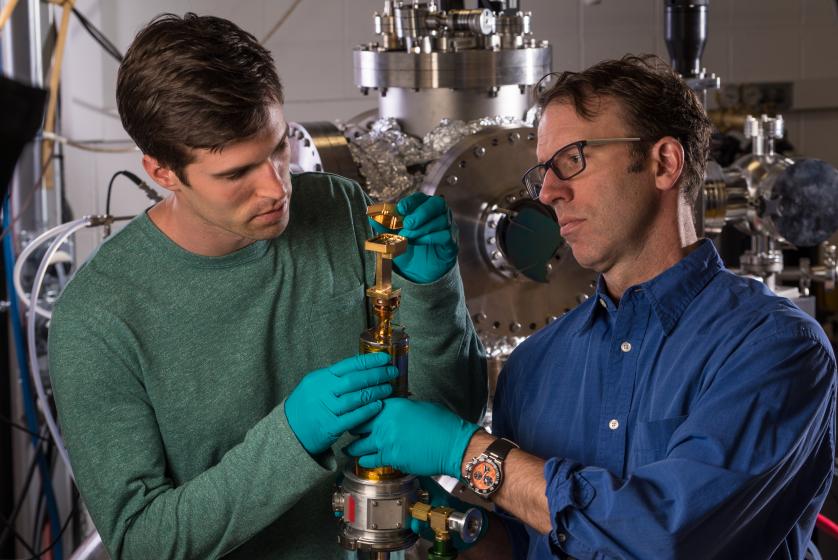 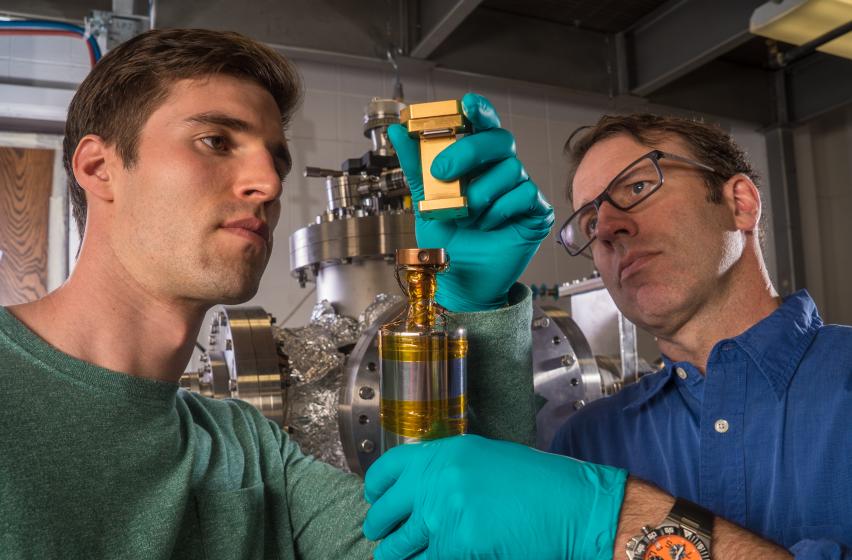 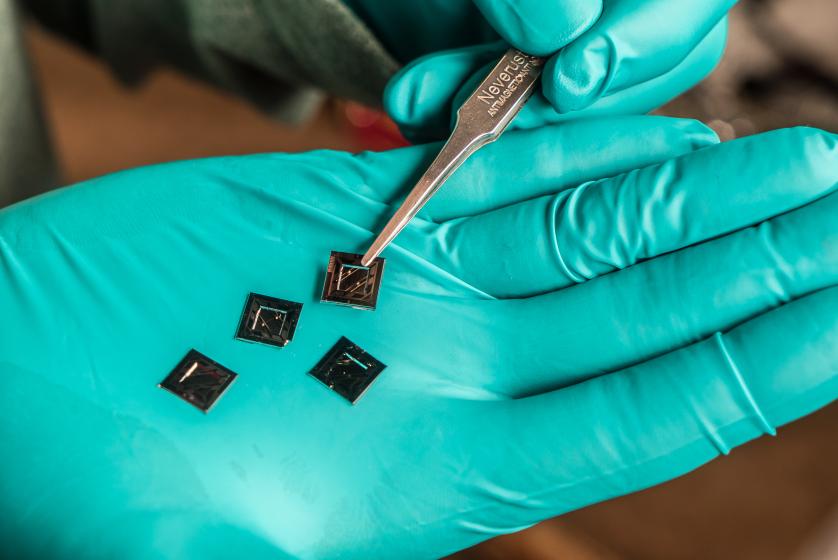 DU’s role in the research grows out of work conducted on campus by DU alumna Azure Avery (PhD 2013), Zink’s former student. After completing her doctoral work, Avery went on to a postdoctoral research position at NREL and eventually to an assistant professorship at Metropolitan State University of Denver. While at DU, Zink says, “she was really instrumental in developing this technique for measuring thermal conductivity, which is the essence of our contribution to this paper.”

Once at NREL, Avery joined a team looking into the intrinsic thermoelectric properties of different carbon nanotubes. When the time came to gauge heat flow through the different nanotubes, she contacted Zink and asked for his help in developing measuring systems and in putting them to use.

Using the University’s expertise in micromachining and temperature measurement, Zink and Wesenberg set about to do just that. They worked with doped nanotubes mounted on a suspended silicon nitride platform. Doping is a process that involves soaking the nanotubes in an organic acid. It increases the density of charge carriers, which flow through the coating to conduct electricity.

Wesenberg and Zink’s findings showed that the samples that performed the best were exposed to a higher concentration — but not the highest — of organic acid. What’s more, their “doping strategy” dramatically increased electrical conductivity while decreasing thermal conductivity.

Though he’s savoring the research team’s triumph, Zink considers his work far from done. He’s busy seeking funds for additional studies and hoping that others in the scientific community will build on the published research.

“We still don’t know why [nanotubes perform this way], he says. “And we’d very much like to know why.”