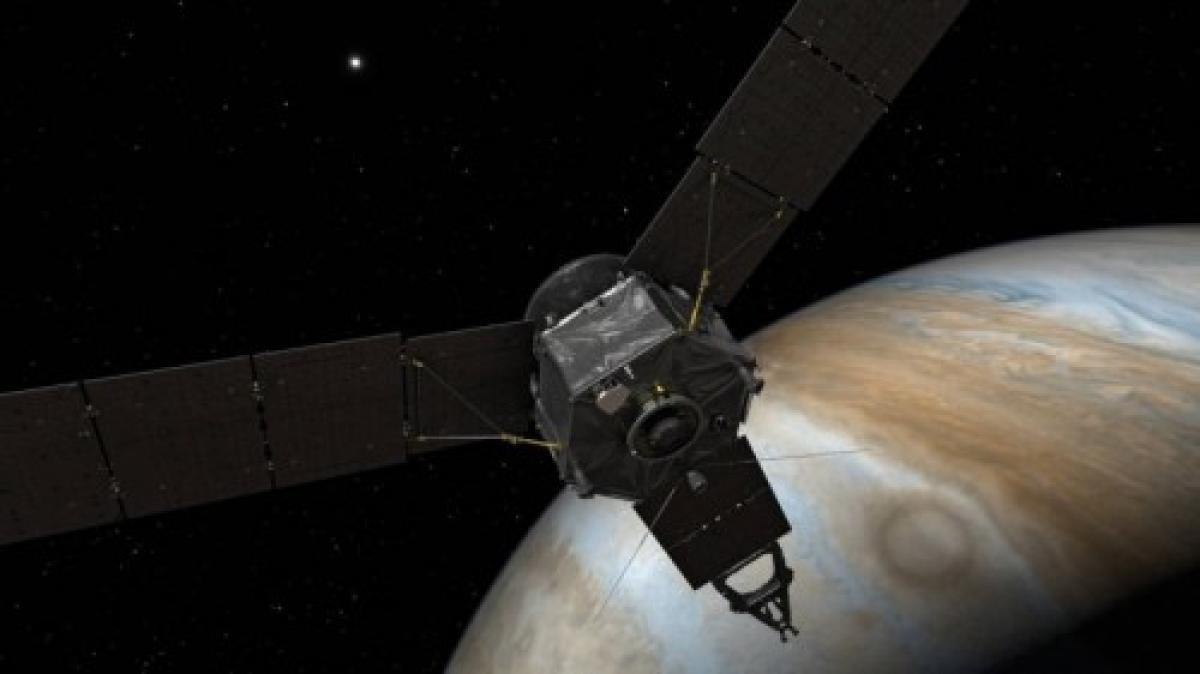 Juno, which is the first spacecraft to orbit Jupiter since Galileo, will do so until February 2018, during which time it will orbit Jupiter’s poles collecting data to help us better understand the complexities and realties of the planet. Juno’s July 4 arrival comes at a crucial time for space exploration given the fact that its journey is the last one NASA has scheduled – at least for now.

“As some have pointed out, this is the last major mission that’s actually in the plan. After Juno, there’s nothing in planetary science that’s very explicitly scheduled,” says Dr. Robert Stencel, the William Herschel Womble professor of astronomy at the University of Denver. “It’s kind of a make-or-break situation; we need to get some good science while we can under very challenging conditions.”

According to Stencel, this particular mission was designed to get the “biggest bang for the buck.” He says there are three major goals for going back to Jupiter: Finding out how big Jupiter’s central core mass actually is, determining the nature of water in the atmosphere and learning more about the very large radiation fields.

The plan for Juno is to orbit close to the poles so that NASA can get a good measurement of the density structure. That measurement, however, will take some time to gather. Stencel points out that these things won’t happen overnight, as Juno will go through 53-day cycles (days close and far from the planet) during its orbit, which helps minimize the radiation damage from the planet. The first 53 days will be devoted to instrument testing to ensure the probe is functioning properly.