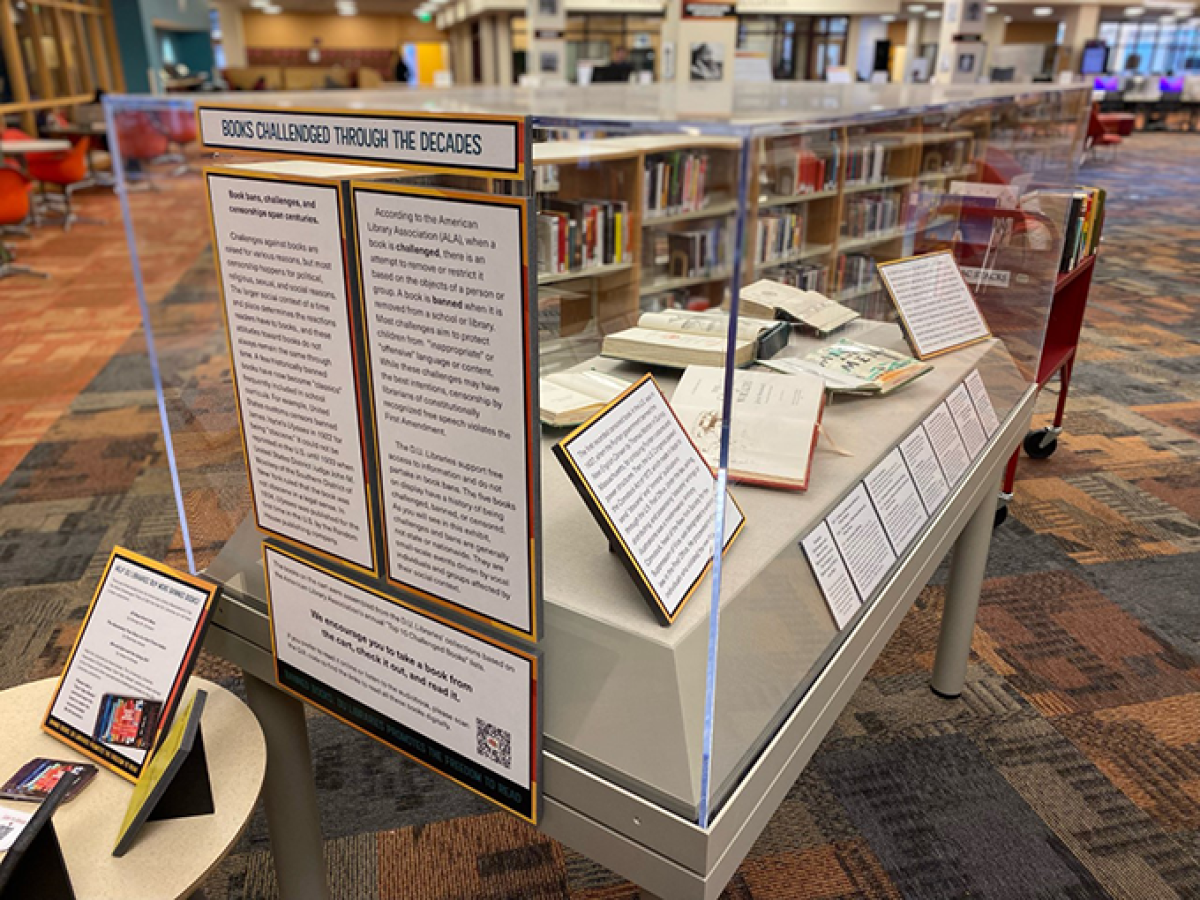 Book banning is not new. In fact, the first known occurrence in the United States happened in 1637. Some books get banned constantly, such as Huckleberry Finn. The Bible is challenged on a regular basis. Though books are challenged all the time, they are removed from collections fairly infrequently.

Currently on exhibit on the main level of the Anderson Academic Commons (AAC) library at the University of Denver is a collection of books notable for being banned time and again, curated from the library’s Special Collections and Archives by Madison Sussmann, exhibits librarian and assistant professor.

“What does ‘banned’ mean?” asks University of Denver Archivist David Fasman, explaining that book banning is an institutional-level occurrence that is actually fairly limited in its ability to reduce access to controversial titles. As a matter of fact, he says, banning a book from one location frequently generates more interest for it in nearby collections. Most book bannings happen in school libraries, and the majority of challenges and removals are happening in just a handful of states.

Fasman will be teaching an enrichment program course at the University on Nov. 29 that explores modern and historical examples of censorship, from Socrates to social media. 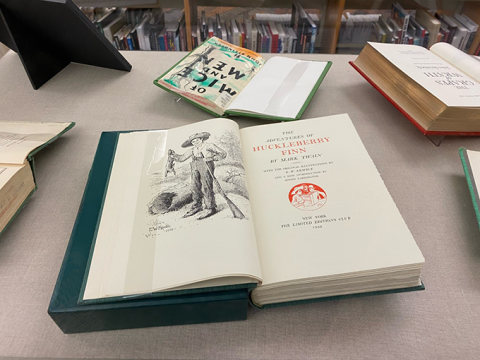 The relationship between the stories that are challenged and the people they are about is not insignificant, especially in an age when disinformation is rampant. Most books being banned in the U.S. in 2022 feature marginalized people, like LGBTQIA+ individuals and people of color—and reports show this activity is increasing at an unprecedented rate. And then there is book burning, which Fasman sees as a prelude to something far more troubling.

Fasman compares images taken of a 2022 book bonfire in Tennessee to a historical photograph of Nazis burning books in Berlin in 1933. “They look nearly identical,” he says. “It’s only black and white versus color.”

Intellectual freedom is complicated, and libraries exist to serve the communities surrounding them.

“Sometimes you have to defend objectionable materials,” says Katherine Crowe, curator of Special Collections and Archives at DU. It is the librarian’s job to manage book selection and collection management, playing a critical role in allowing ethical access to meaningful content—including books that have been challenged, banned, and burned.

The AAC is always looking for ways to meet students’ needs, and recent recognition from the Princeton Review confirms the work is not going unnoticed. The University earned the top spot for “Best College Library” in 2022 based on student votes.

“The library is a positive presence in the lives of our students, and it shows,” Crowe says. “Libraries are not just warehouses for books. We are a place where people meet and, hopefully, create new knowledge and make connections.”

AAC offers a variety of meeting areas. Those who visit the library can choose to work in the cafe or a private study room, or just meet for coffee and a chat. The AAC model is an intentional space of sharing, and it is meant to be agile and adaptable to users.

“They can configure it the way it makes sense to them,” Crowe says. If you descend to the lower level of the AAC, you can even gain access to the library’s Special Collections and Archives, where many unique, historic documents can be viewed—including those on display in the new exhibit.

The banned book display is free to the public and can be viewed during regular library hours.

David Fasman’s two-hour enrichment course is a one-time, two-hour event that is also open to the public. Register here for “Banned Books, Censorship and Intellectual Freedom: The Age-Old Battle for the Freedom to Read, Believe and Speak Without Limitations.”