DU Prison Arts Initiative at Facilities Across the State 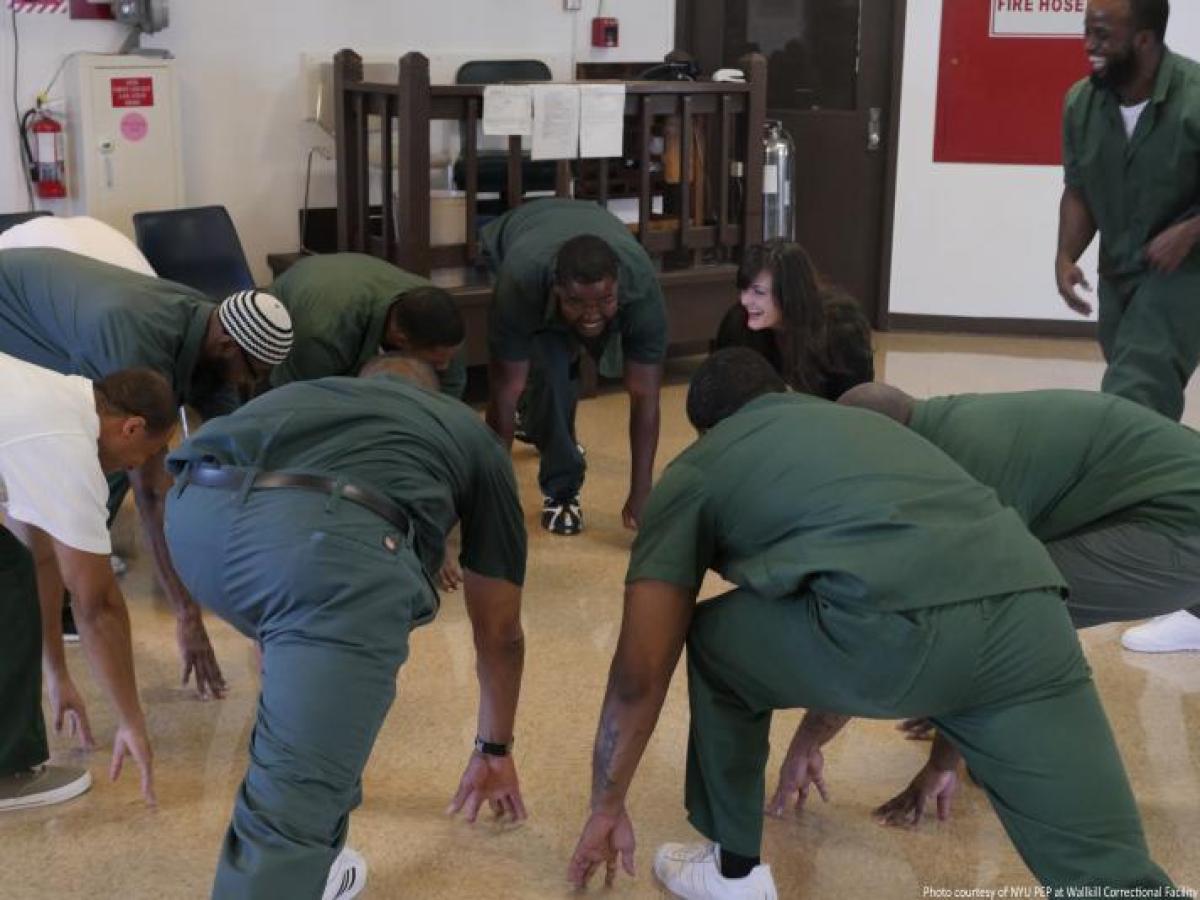 Even in prison, stripped of so much more than just their freedom, people still feel the drive to create.

No one knows that better than Ashley Hamilton, co-director of the DU Prison Arts Initiative (DU PAI). “People sitting in their cells make art with little to nothing, because they just have this inherent human desire,” Hamilton says.

That’s what gives the work Hamilton does — bringing theater to incarcerated individuals — so much immediacy. “It doesn’t feel like an option not to serve them,” she says. “When you see what the arts can do in the prison system, it is utterly transformative. I can’t ignore that. I believe in the power of what’s happening.”

Several days each week, Hamilton drives hours to facilities across the state, armed with only a pad of paper and a pencil, to bring theater and creative writing to people others consider beyond help. Backed by co-directors Apryl Alexander and Rachel Zafer, a faculty steering committee of eight, and DU’s Center for Innovation in the Liberal and Creative Arts, Hamilton’s vision is expanding.

Hamilton first came to this work while pursuing a career in New York City. A friend brought her along to a theater class in a homeless shelter. “That was my very first introduction to applied theater, the practice of taking theater into a non-normative space and using it as an educational, therapeutic and transformative tool,” she says. “I was really moved by what I saw happening and had no idea that the arts could be used in that way.” Since then, she hasn’t been able to stop putting art to work.

During the upcoming year, the DU Prison Arts Initiative hopes to expand its programs beyond theater to other creative pursuits, including photography, music and the fine arts, and to become a consistent presence in correctional facilities across the state, embedding the power of arts into prison culture. 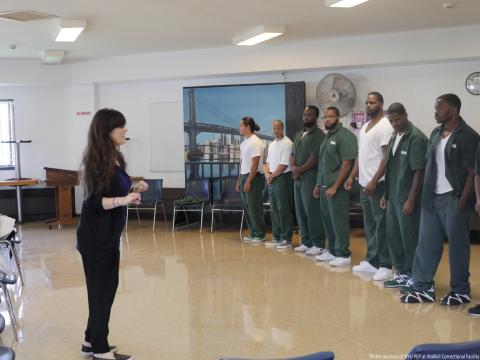 “I have watched people who have major anger issues and various mental health issues be involved in an arts practice inside, and I've seen major changes happen in these folks. They have a space to express and explore their feelings and thoughts in a healthy way, and they have to be accountable to a group, learn how to be healthy in a group, how to support each other, how to take care of each other. The growth you see is truly incredible,” Hamilton says. “The amount of effort and accountability that is needed by the whole group to be successful is really just a microcosm of being in society.”

Currently, DU PAI has partnerships with four Colorado facilities, and Hamilton has two workshops underway. As she prepares to begin another in early 2019, she will collaborate with Alexander, a professor in forensic psychology, and a graduate student researcher to measure the program’s positive effects. “What [we] are hoping to evaluate [are] measures of well-being, self-esteem and self-efficacy. And, we want to hear their stories,” Alexander says. “I’m hoping it’s going to really resonate with administrators in thinking about change and how these programs need to be instituted universally throughout all facilities in Colorado.”

Similar programs across the country have produced results, including reduced recidivism and fewer incidences of violence in prisons, but even so, Alexander and Hamilton say, current assumptions about incarcerated individuals present formidable challenges.

“There’s this ongoing pull for me to want to shift the understanding of who people in prison are,” Hamilton says. “Yes, there are people in prison who have committed crimes. But, they are still whole human beings, many of whom deeply desire to grow, learn and be active, healthy members of society. I see it every time I step inside.”

And, Alexander says, paying attention to the needs of the prison system stands to improve public safety for communities both inside and outside of the facilities. “We need to look at their context,” Alexander says, noting that 70 percent of offenders have a severe trauma history. “If you are sitting around and serving your prison sentence and just thinking about getting out, or thinking about all of the awful things that might’ve occurred in your past, that’s not healthy, and that’s not productive or therapeutic. Giving them a sense of self-worth, that’s productive. ... From a psychological stand point, invoking that sense of community and sense of positive well-being through art — it works.”

Eventually, Alexander and Hamilton hope to see an inside-out class, bringing DU students to the prison environment to learn alongside incarcerated students. “How we really grow and change intellectually, emotionally, is by engaging with people who are different from us,” Hamilton says. “If we only talk to people who are just like us and we stay in our little lanes, it’s comfortable because everyone is affirming what we believe. But is there any growth there? I think you hit a wall.”