Numbers released less than a week before election day 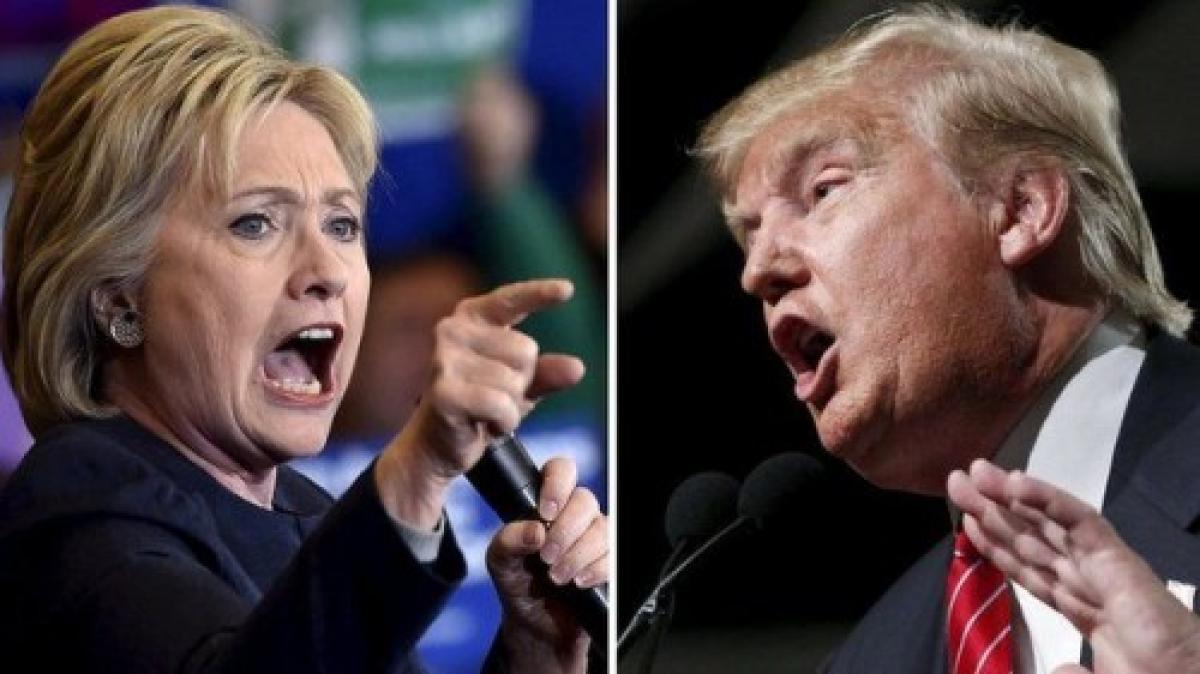 With less than a week remaining in the 2016 election, Hillary Clinton and Donald Trump are tied in Colorado.

The Crossley Center for Public Opinion Research in the Josef Korbel School of International Studies released the new poll numbers on Wednesday. The survey of 550 registered likely voters in Colorado shows Clinton and Trump deadlocked at 39 percent. Third-party candidates combine for 15 percent and another 8 percent are undecided. The survey was conducted Oct. 29 – 31 and has a margin of error of plus-or-minus 4.2 percent. 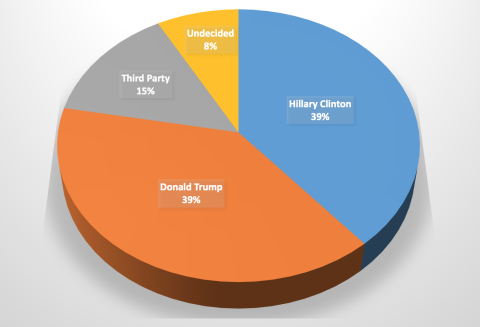 Floyd Ciruli, director of the center at the University of Denver, conducted the telephone survey. In addition to the presidential race, participants were also asked about Colorado’s senate race and statewide amendment and proposition questions.

In the senate race, Democratic U.S. Sen. Michael Bennet holds an 8-point advantage over Republican challenger Daryl Glenn, 48 percent to 40 percent. The remaining 12 percent of those polled are either undecided or voted for another candidate.

It appears Amendment 69 is likely to be defeated. The initiative asks voters if ColoradoCare should be created, a universal health care system for Colorado residents. Of those polled, 67 percent said they are against it.

An amendment to the Colorado Constitution calling for an increase in the state minimum wage appears to be on its way to passing, with 54 percent indicating they are in support of Amendment 70, which guarantees the minimum wage would increase to $12 an hour by the year 2020. In September, DU released a study that shows the impact of an increased minimum wage on Colorado.

Proposition 106, which would permit a Colorado resident diagnosed with a terminal illness to receive medical aid in dying, has overwhelming support. Sixty-two percent are in favor and 32 percent are against.

Voters are deadlocked at 48 percent on the cigarette tax. Amendment 72 calls for taxes on a pack of cigarettes to increase from 84 cents per pack to $2.59 per pack. The tax on other tobacco products would increase by 22 percent of the manufacturer’s list price.

Proposition 108, which would allow unaffiliated voters to participate in primary elections without having to be a member of a certain political party, is receiving 50 percent approval.

Also poised for passage is Proposition 107 with 62 percent in favor and 31 percent against. It would create a presidential primary election before the end of March in presidential election years and allow unaffiliated voters to participate without declaring membership in a political party.