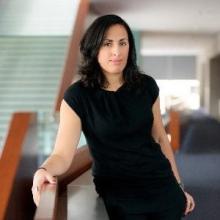 Kendra Whitlock Ingram has been named DU’s new executive director of the Robert and Judi Newman Center for the Performing Arts. Ingram replaces Stephen Seifert, who is retiring after holding the same position since 2002.

“Kendra Ingram is a cutting-edge artistic executive director,” says Gregg Kvistad, provost at the University of Denver. “She is nationally known and brings an extraordinarily diverse wealth of experience with her that the University is excited to embrace.”

As DU unfolds its new strategic plan, DU IMPACT 2025, the Newman Center will play a key role in the University’s commitment to expanding the experience and celebration of the performing arts for DU’s students, faculty and staff, as well as intentionally engaging the rich cultural traditions of a vibrant and diverse metro Denver community.