Results will be unveiled during first Latino Leadership Institute Symposium

The Latino Leadership Institute (LLI) at the University of Denver is hosting a first-of-its-kind symposium on Colorado’s growing Latino population and how it impacts the 2016 election. At Thursday night’s event, the symposium will release new data on the Latino Community’s diverse demographics, preferences, voting behavior and never before released data about Latino millennials. 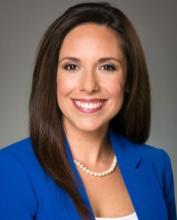 “For the past two decades we’ve heard about the significance of the ‘Latino Vote,’” says Joelle Martinez, LLI’s executive director. “In Colorado, that phrase has largely run its course. Based on generation, language choice and voting preferences, Colorado Latinos represent a vastly diverse community. That is the narrative to tell.”

LLI was established in 2013 and was designed to honor the history and contributions of Latino leaders, engage and empower today’s leaders and inspire the next generation of Latino luminaries. For this research, LLI partnered with Latino Decisions and the Latino Data Project.

The Thursday, Oct. 20th symposium is open to the public and begins at 6:30 p.m. It takes place at the Reiman Theater in Margery Reed Hall.