After serving in the Army and teaching at West Point for 28 years, Brian DeToy adds another master’s degree to his portfolio 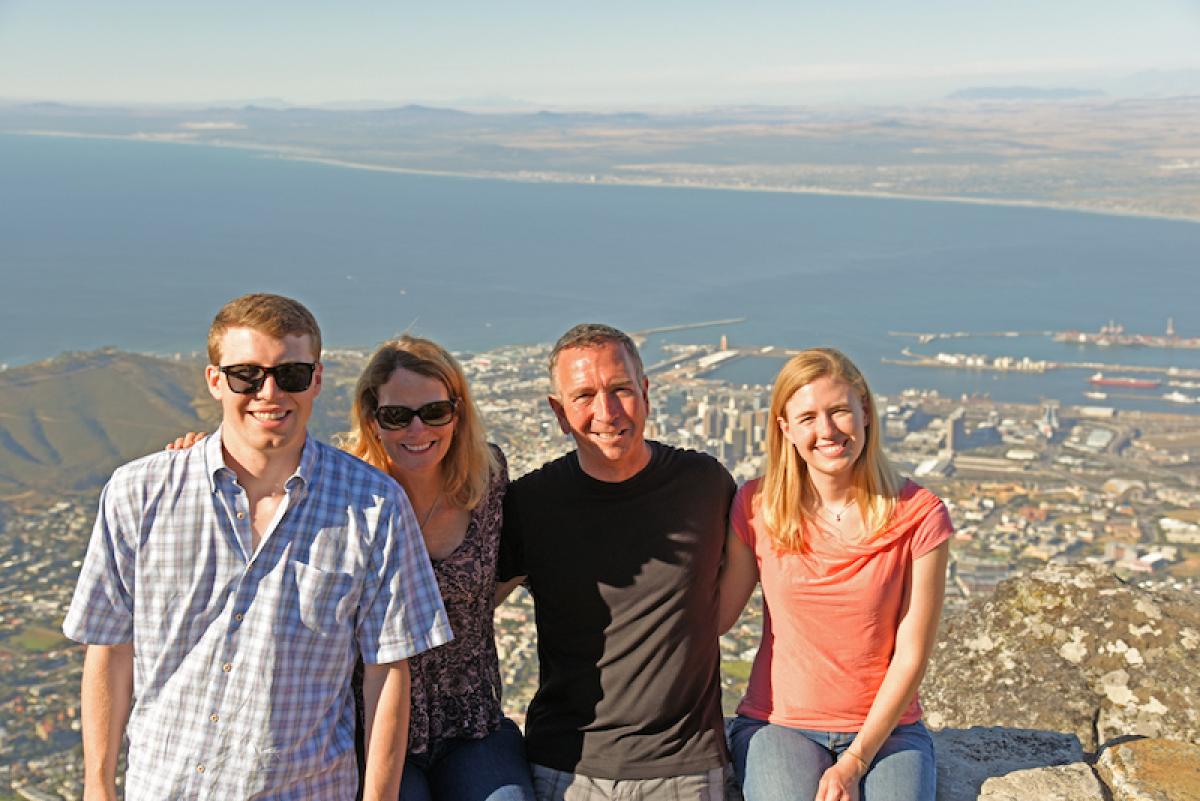 As a boy, Brian DeToy had no doubt what he wanted to pursue when he was older.

“I was a historian since I was 6 years old,” DeToy says, smiling. Growing up in an Army family fueled his passion to learn about history. “History, especially military history is so prevalent in so many books. My dad would take us as we moved around, and we would visit battlefields and other historic sites.”

DeToy always knew he wanted to serve in the armed forces at some point, so he went to Notre Dame on an ROTC scholarship and joined the infantry. When the time came for DeToy to lead his own troops, something changed for him. “I got to my unit, and I fell in love with my soldiers. I never wanted to get out. And so I did [stay]. I stayed until the last day I possibly could — 28 years and three weeks.”

He served around the world, earned a master’s degree and PhD in history and taught at West Point for more than a decade.

“When the Army brought me back to teach at West Point on a second tour, I wanted to because if you can’t be leading troops in a combat-type unit, the next best thing is educating and training that next generation of leaders,” DeToy says.

After retiring, DeToy combined his years of Army experience with his education and love for history and started leading students from his alma mater and other universities to different battlefields around the world.

“This is my way to give back to the Army,” DeToy says. “They are usually seniors, and I’m trying to grab them right before they get out with their units and with their men and women to say, ‘Hey, this is real. This is what it is about. This is why we do this.’ And make an impact on their lives.”

That experience inspired DeToy and his wife to launch a history-focused travel company, Essential History Expeditions, that typically introduces customers to eight locations across the globe every year. “They are very immersive,” he says of the journeys.  “We tell people, if you’re looking to lie on a beach and relax a little bit, we’re not for you. We’re going to be learning.” 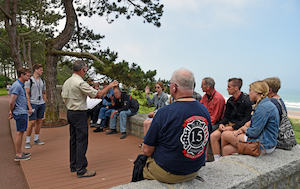 So much so, he jokes, that “you’re going to get college credit by the end of this!”

DeToy’s love for acquiring and sharing knowledge motivated him to head back to the classroom. With its emphasis on flexibility, the master’s program in professional creative writing with a concentration in professional fiction writing at DU’s University College caught his eye.

“Fiction is a way to take history and make it more accessible,” DeToy says. He began the program in 2017, taking classes every winter when he wasn’t on a work trip for his travel company. When COVID shut down most travel, he was able to channel all his energy into the program and will earn his degree next month.

“I’ve learned a lot,” DeToy says. “All of my teachers were great. They were caring, committed and top-notch scholars themselves. They really looked out for us to make sure we would succeed.”

After graduation, DeToy says, it will be time to apply his new skills and buckle down to write. He has a novel in the works and other stories in mind.

“Stories, especially efficient ones with characters that are living and breathing and believable, can illuminate aspects of American history that would otherwise be hidden,” DeToy says about his mission moving forward. “You can shine a light on them, bring them to people and make them accessible. They can make a change. If I can get some people to think or care, then I’ve accomplished what I wanted.”