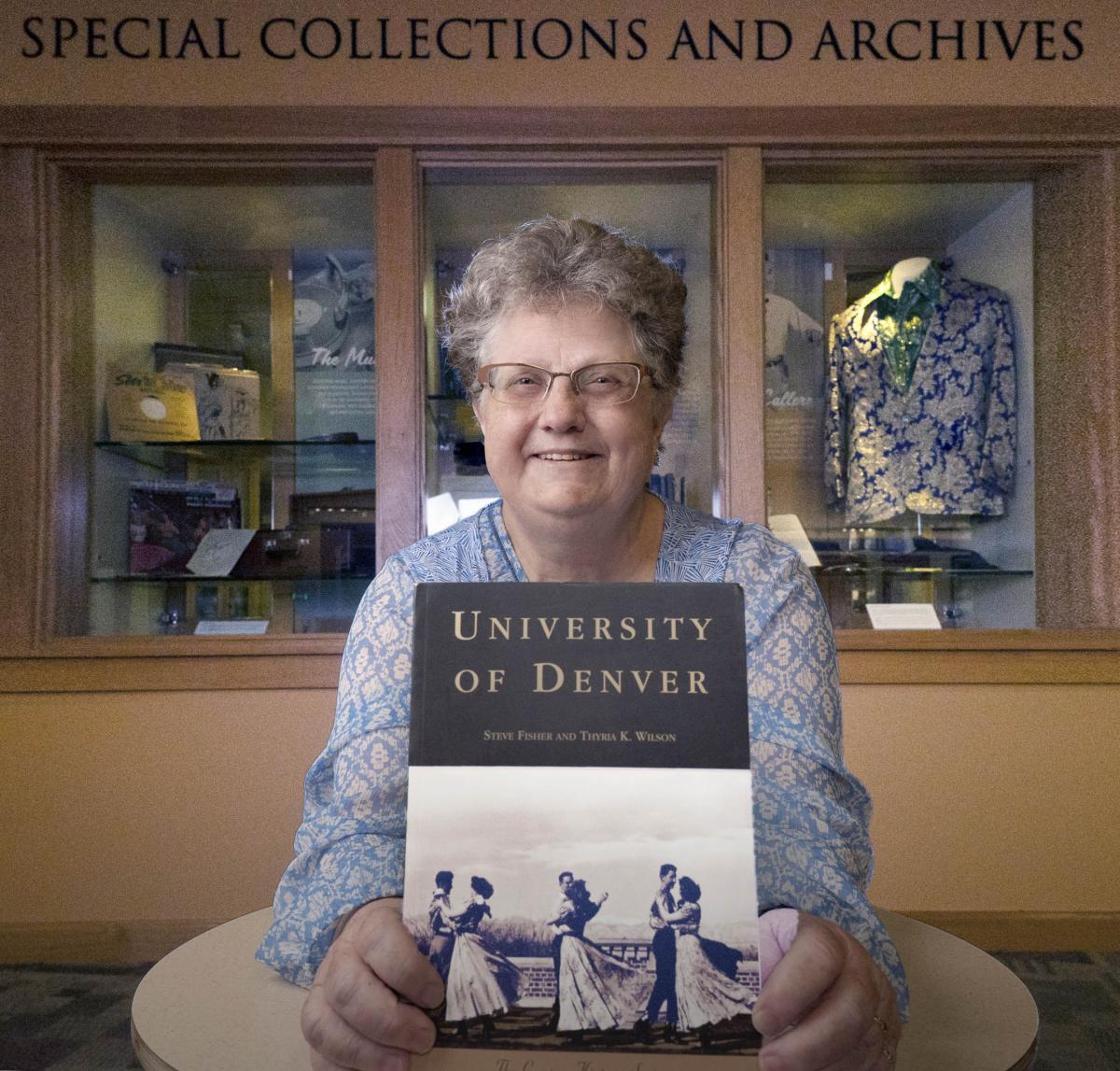 Via the hundreds of photos in “University of Denver,” nostalgia buffs can stop by professor Herbert Alonzo Howe’s 1889 algebra class, scope out the 1952 women’s rifle team, join a 1968 sit-in at the registrar’s office and revisit 1970’s Woodstock West. Although most of the content is devoted to decades gone by, a few pages focus on more recent events, including the 2014 spring powwow and an inaugural event celebrating the installation of DU’s first woman chancellor, Rebecca Chopp.

“I love show and tell,” says co-author Thyria Wilson, who holds degrees in law and library science from DU and who serves as an archivist and reference specialist in DU’s Center for Judaic Studies. Over her years at DU, she has rummaged through the University’s photo collection countless times, filing away a vast array of anecdotes.

“History to me is the stories — it’s not great theories; it’s the stories,” Wilson says. With these stories in mind, each photograph in “University of Denver” is accompanied by an information-rich caption sure to elicit an “I didn’t know that.” For example, a photo of two women in a cockpit reminds readers that the Colorado Women’s College, which merged with DU in 1982, participated in a flight-training school during the 1940s and 1950s at Denver’s old Stapleton Airport.

Wilson shares credit for the book with Steve Fisher, former DU historian and curator of the DU archives. Fisher began work on the collection in 2017, and upon his retirement a few months later turned the project over to Wilson, who volunteered to take on the photo curation, caption research and writing in her spare time.

The final product reflects Wilson’s commitment to sharing more images featuring women and minorities. Among the treasures are portraits of Margaret Fuller Boos, founder of DU’s now-defunct geology department, and Howard Jenkins Jr., who earned undergraduate and law degrees from DU and who went on to serve on the National Labor Relations Board, the first African-American to do so.

One photo in particular holds special meaning for Wilson. It shows a female graduate student of geology conducting fieldwork. The student in question is Wilson’s mother, who studied under Boos and who, when a sitter couldn’t be found, brought her young daughter to class in the late 1950s.

As Wilson proudly recalls, “I attended DU when I was 6.” 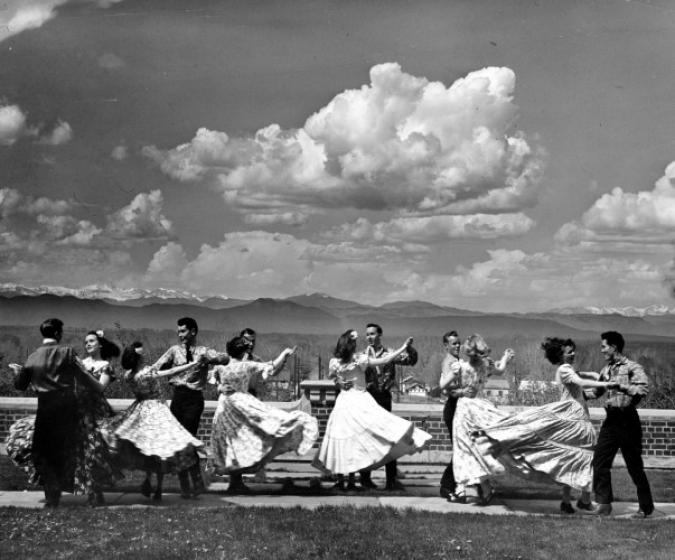 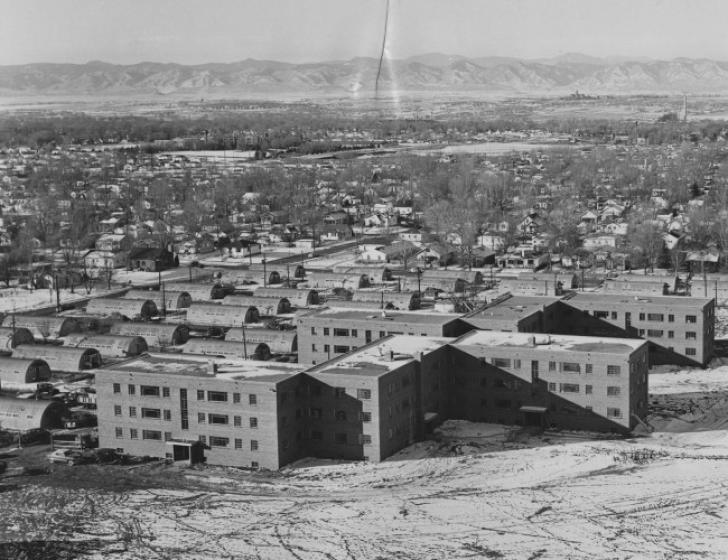 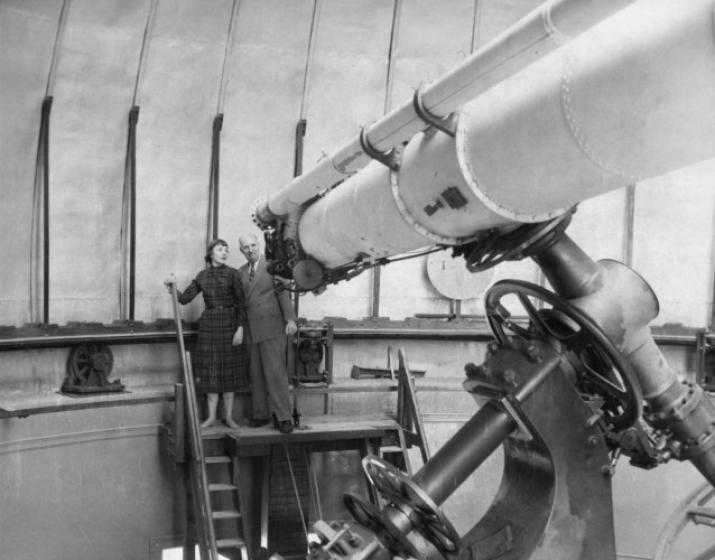 Inside the Chamberlin Observatory 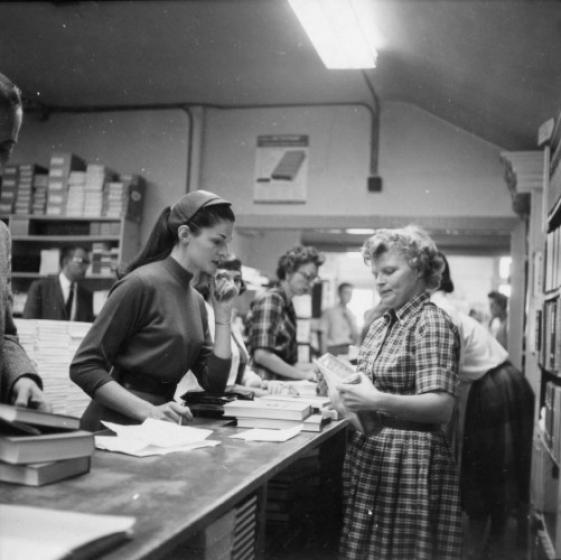 A student in the 1950s buys books for classes. 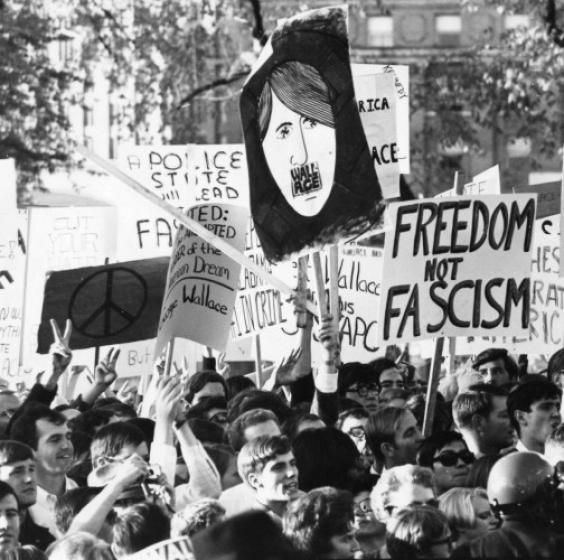 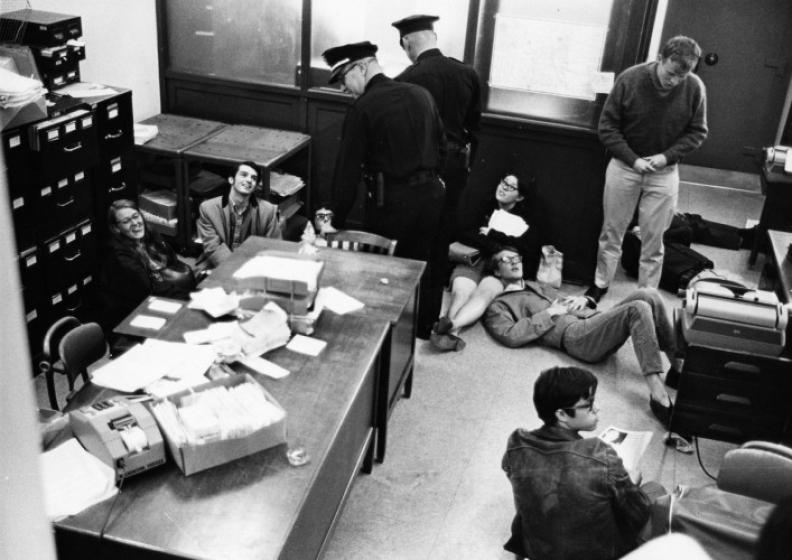 Protesters seek a student bill of rights at a 1968 sit-in.