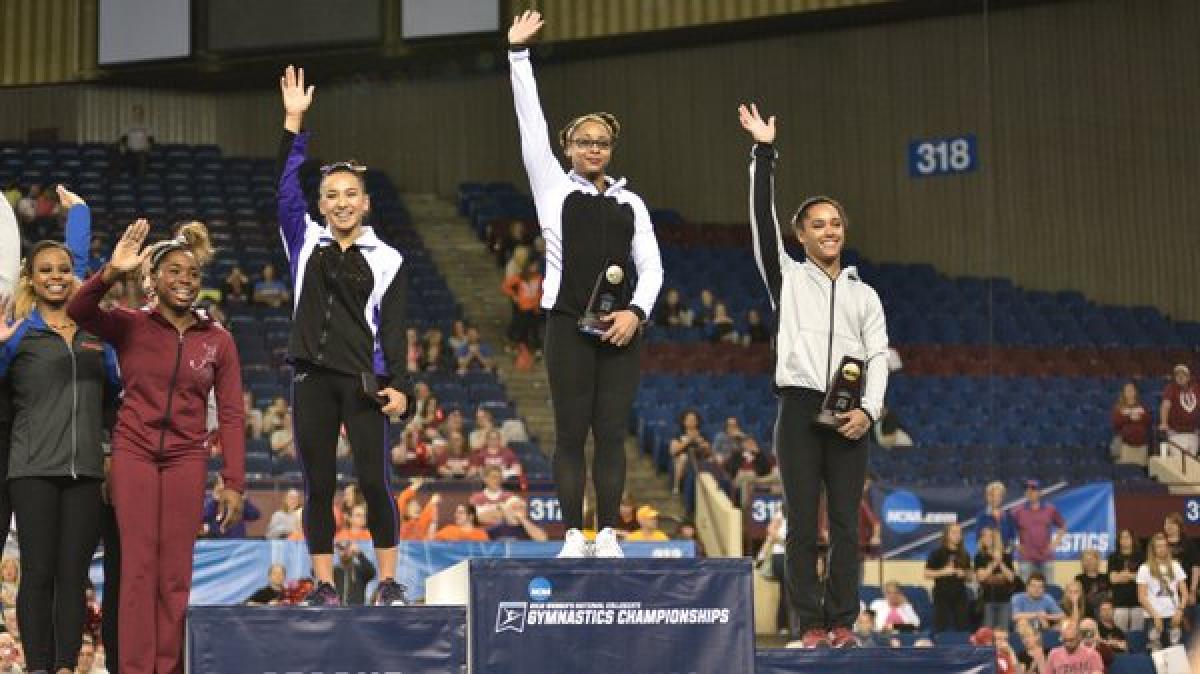 Very few athletes ever get to go out on top, so that's what makes Nina McGee's accomplishments this weekend so remarkable.  The University of Denver gymnast finished her record-breaking career by winning the program's first NCAA title. The Denver senior scored a 9.950 on floor, the highest score on the event across both of Friday’s semifinals at the NCAA National Championships.

My goal has always been to win floor or the all-around at Nationals. I’m kind of at a loss for words. Nina McGee

“I just keep smiling,” McGee said after the meet. “I feel honored. My goal has always been to win floor or the all-around at Nationals. I’m kind of at a loss for words.” For the second straight year, she won over the crowd with her thrilling floor routine, earning a standing ovation from the audience and her fellow competitors. During the routine, she said, “I kept reminding myself to be smooth on my passes—no more, no less. After I stuck my double layout, I heard the crowd roar. By the time I got to my middle pass, I was like, ‘Kill it!’” Once she finished the routine and saluted the judges, there was only one thing on her mind. “Honestly, I was like, ‘Where’s (head coach) Melissa?’ I was just really hoping I made her proud.”

McGee’s floor routine was only one of her four routines on the night. She competed in the all-around, posting a 9.8875 on bars, a 9.800 on beam and a 9.850 on vault. Her final all-around tally of 39.4875 is also a new DU record at an NCAA National Championships. Additionally, her bars score was the second highest in DU history at NCAA semifinals, and she tied the fourth highest vault score by a DU gymnast at NCAA semis.

Overall, she finished tied for 10th in the all-around—one spot off the podium—as well as tied for 12th on bars.

Her final thoughts after the meet: “This is for the little girls looking up to me and to my teammates in Denver. This lets them know they can do this and be here.”