Once homeless, sociology senior looks forward to putting her DU degree to work 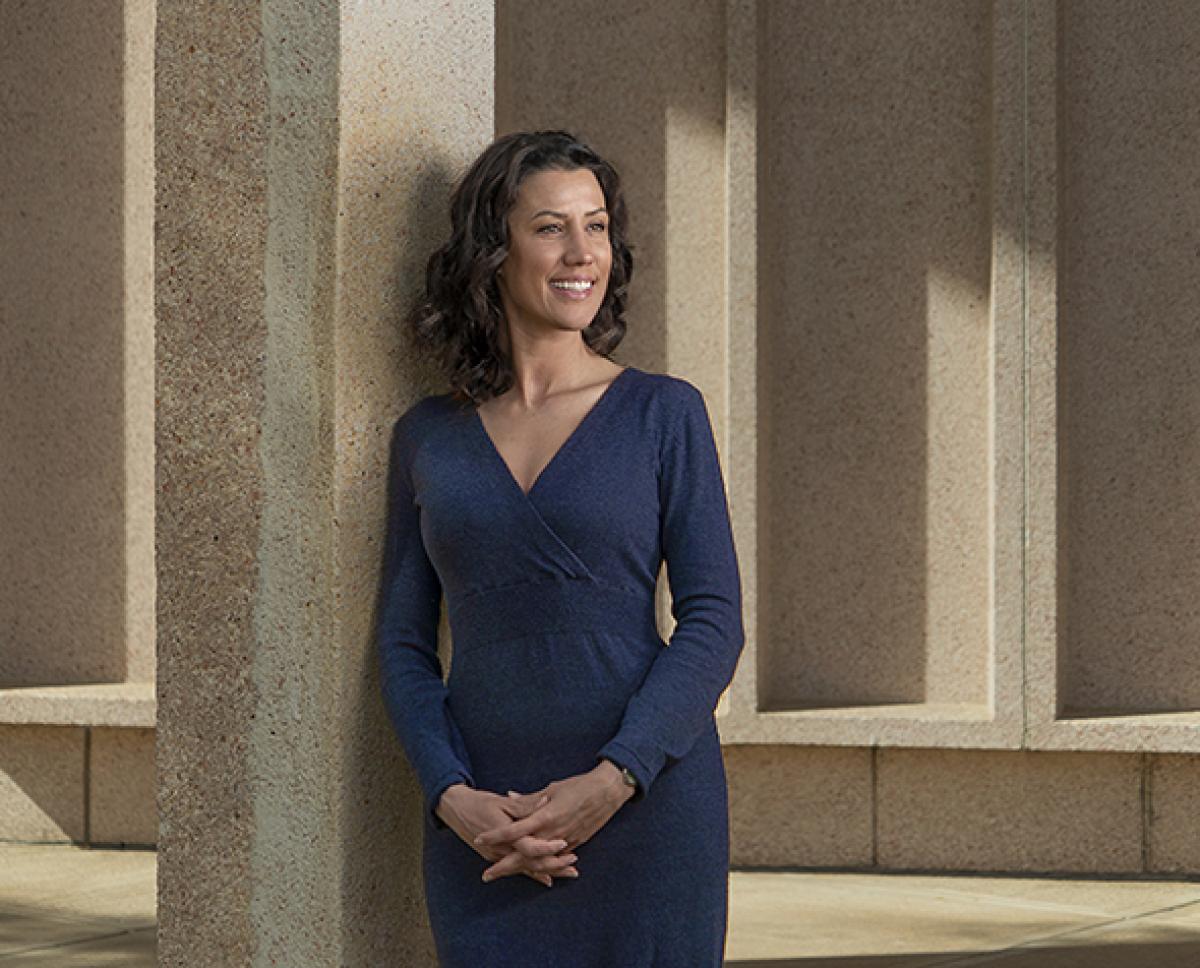 Long before she took her first class at the University of Denver, Tiffany Christian lived a life that comes right out of her sociology textbooks.

For years, she bounced around different schools, group homes and lock-down facilities. She slept on the streets, sought refuge in shelters and served some time in jail.

The consequences were severe, but they weren’t defining. And to prove it, Christian, now 38, will don cap and gown and march with the Class of 2019 at the undergraduate Commencement ceremony in June, when she will claim her bachelor’s degree in sociology, with a minor in communication.

Armed with an education she considers transformational and a new sense of her potential, she’s ready for a job that puts her classroom learning, her life experiences, and her skills at advocacy and storytelling to work.

This is a far cry from the future she saw for herself in her early 20s. With no high school diploma and her record smudged with a felony, Christian had a hard time getting a rewarding job, a lease on an apartment or any kind of credit. She needed all of them, because she was also a single mother with a newborn daughter.

In time, she earned a GED and began to think about turning her life around. But day-to-day struggles kept her mired in survival mode.

“And then an aha moment hit. It was 2010, and I was like, ‘I’m done. I can’t do this anymore,’” Christian says. So she took some time to determine what she wanted to pursue next.

Although DU was not yet in her plans, Christian knew her dreams hinged on an education, so she enrolled at Community College of Aurora (CCA). That’s where she took her first sociology class and realized that she wanted to learn more.

Impressed by her performance and ambition — “I want to push and push and push and see how far I can go,” she says — a CCA advisor urged her to consider transferring to DU once she collected her associate’s degree. To Christian’s mind, DU seemed an improbable fit: private, academically elite, financially out of reach.

“That just made me even more curious. I just wanted to see if I could do it — and I’m doing it,” she says.

Helped by a generous scholarship, Christian plunged into the DU experience, working for a quarter as a resident assistant, contributing to a professor’s publication on homelessness, and savoring every discussion and assignment, no matter how daunting. “I have enjoyed every single class — and I’m not saying that just to say it. Every single class I have gotten something out of it that has changed my life.”

• A course on crime and international politics introduced her to global challenges way outside her Colorado ZIP code. Meanwhile, an interterm course on capital punishment took her to Montgomery, Alabama, to learn about the Equal Justice Initiative and its recently opened memorial to victims of lynching.  “It just opened my eyes to American history,” she says, noting that she has made plans to return soon with a friend. “That’s the kind of experience it was: I need to go back and bring people with me.”

• In a course on identity and dialogues, she learned to give voice and credibility to her own reality. During a discussion on stereotypes, she recalls, one student remarked that street people are frequently described as “choosing to be homeless.” That, Christian decided, merited a challenge. “I responded back, ‘I just want to address that. I didn’t choose the neglect; I didn’t choose to be bounced around from one family member to another so that by the time I was 13 I was on the streets. I didn’t choose that.’”

Learning alongside students who are of her daughter’s generation — and whose own backgrounds are often more privileged — initially proved unsettling.  “There were many times in different classes I would hear someone who was 19 or 23 say something really smart. And I would compare myself,” Christian says, noting that the comparison often left her feeling insecure. “But then I really started to own my experience in life and started to show up and speak.”

Her life experiences, for all their deficiencies, gave her a set of skills she has used in the classroom every day. “It’s kind of interesting how the way I grew up has turned into something positive,” she says. “I work very successfully without somebody over my shoulder. I love to fix problems. I’m very insightful, and I can get to the root of issues.”

In a class on social inequality taught by Lisa Martinez, an associate professor in the Department of Sociology and Criminology, Christian drew on her personal story to make connections to the topics under discussion. As useful as this may have been to Christian personally, Martinez says, it also benefited the rest of the class. “I think students really appreciated the opportunity to have someone not only share [these experiences] but also to think about how they related to what we were discussing. They were able to connect to the material in tangible ways.”

It wasn’t just her biography that made Christian a delight to have in class. “She’s an amazing student,” Martinez explains. "She writes well; she’s a critical thinker — all the things you would want in a student. She’s always willing to confront challenges — she doesn’t shy away from them; she really tries to understand them. She’s someone who processes a lot. A very memorable student. She’s always going to be someone who sticks in my mind.”

What happens next for this memorable student? Whether she does so through a full-time job, a consultancy or volunteer work, Christian hopes to use her DU degree to help others facing the challenges she has encountered. “I want to work with students who have criminal histories — to support them to finish college, so they can move on to what their dream is,” she says. “When you’ve lived your life one way, it’s really hard to switch and live another way.”

Hard, but not impossible. With hindsight, she now sees her younger self — the runaway, the shoplifter, the perpetual truant — not so much as an unmanageable kid who couldn’t obey the rules but as an independent spirit trying to figure out how to live.

“I think in the end,” Christian says, looking back on her struggles, “I just really wanted to figure things out on my own.”

With exposure to different ways of thinking about everything from poverty to poetry, Christian’s time at DU has helped her make sense of her life story. “It’s been pretty powerful," she says. “For me, personally, I was blaming my surroundings a lot for why my life went the way that it did. Now, however, I see that those surroundings or my social influences are just a part of me. They don’t define me." 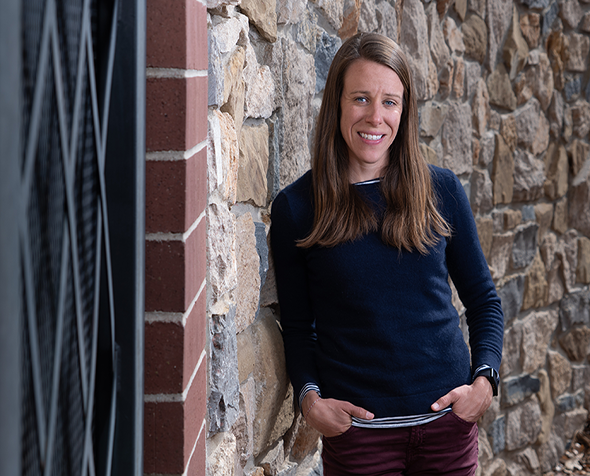 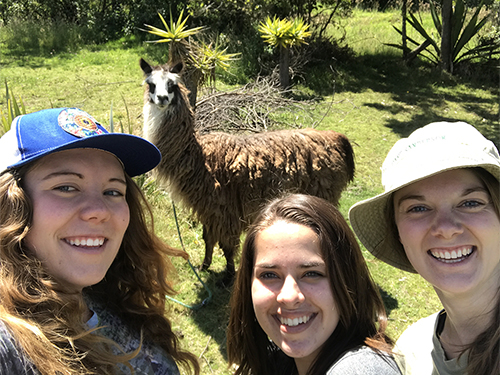 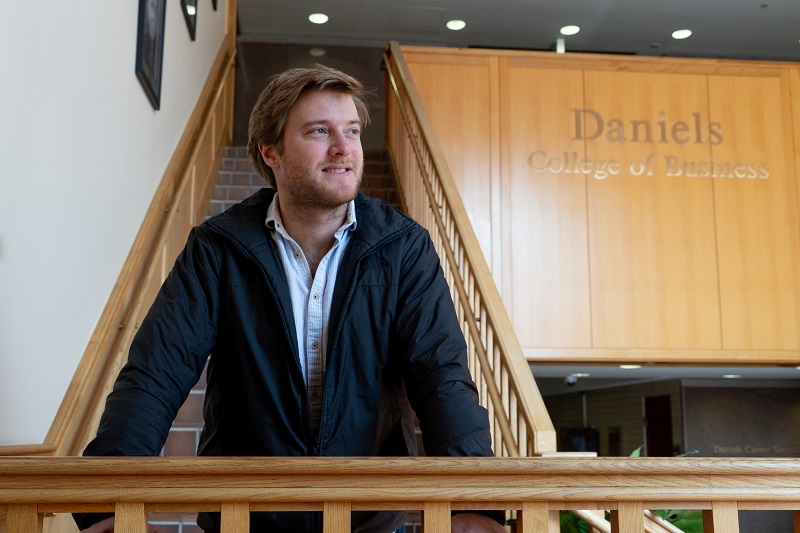