Pioneers Advance to the Frozen Faceoff 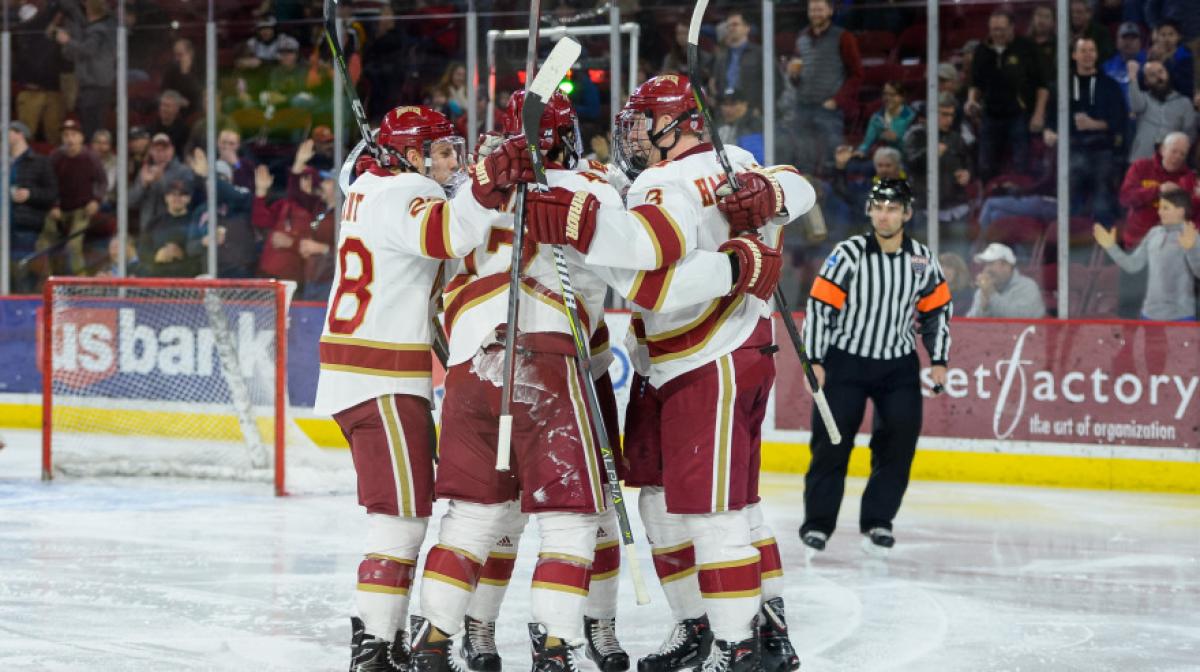 It took three games, but after a dominating performance on Sunday night, the DU men’s hockey team is advancing to the NCHC Frozen Faceoff next weekend in Saint Paul, Minn.

The Pioneers were home this weekend for the first-round series against in-state rival Colorado College. Denver dropped the first game on Friday night by a final score of 2-0. On Saturday night, Troy Terry scored twice in the final period to lead DU to a 3-2 victory. The Pioneers left little doubt as to who was the better team on Sunday night. They built a five-goal lead after the first two periods and went on to win by a final score of 6-1.

“I thought we were relentless; we were persistent with our game plan,” coach Jim Montgomery said after Sunday night’s victory. “It was the team’s collective effort of grinding them down. It was a mentality we had of grinding them down over time. It took longer than we wanted it to, but we finally got to them tonight.”

The Pioneers will face Minnesota-Duluth Friday night in the semifinals. The winner of that game will play either St. Cloud State or North Dakota in the conference championship game on Saturday night. All games will be televised nationally on CBS Sports Network.

Denver and Minnesota-Duluth faced each other four times during the regular season. The Pioneers won all four games.

For the 24th time in program history, The University of Denver ski team captured the NCAA National Championship. The Pioneers were in third place after the first day of competition. However, by the end of day three, DU had taken over the top spot and never looked back. To read more about the ski team’s championship performance, please click here.

The No. 15-ranked DU women’s gymnastics team finished in second place on Friday night. All four teams that competed in the meet are ranked inside the top 15 in the nation. DU topped No. 10 Arkansas and No. 12 Arizona State, but No. 1-ranked Oklahoma won the meet.

The gymnastics team will wrap up the regular season on Friday, March 16 against Arkansas and Iowa State.