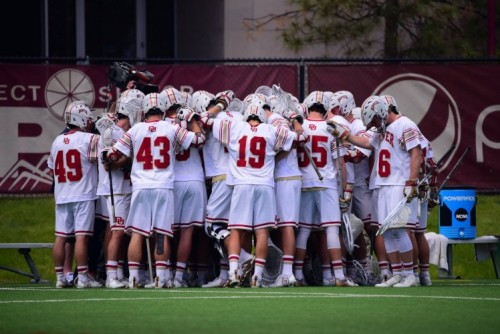 If the University of Denver men’s lacrosse team ends the season as national champions, they might look back to halftime of Saturday’s game against Air Force as a big reason why. The Pioneers dominated every statistical category in the first half — shots, ground balls, faceoffs won — yet only had a 6-3 lead going into intermission.

“I walked in the locker room and I said, ‘fellas I’m going to give you two choices. I can rant and rave and tell you how terrible we’ve played, or you can keep shooting as many shots as you want in the second half; what’s your vote?’”

That message from head coach Bill Tierney lead to a barrage of goals in the second half. Trevor Baptiste, 2017 Tewaaraton Finalist for best player in college lacrosse, took the opening faceoff straight for a score. Less than two minutes later Connor Cannizzaro, 2016 Tewaaraton finalist, scored. Eight seconds after that, Baptiste won the faceoff and scored a second goal.

“The message we had at half time was to stay at it,” Baptiste said following the win. “Air Force is always in great shape and they always battle. We just wanted to stay at it and everyone came out firing in the second half.”

Baptiste won 14 of 16 faceoffs in the second half as the Pioneers cruised to a 17-10 victory over the Falcons. Sophomore Austin French and seniors Max Planning and Cannizzaro each ended the game with three goals and an assist.

“I always love playing at Peter Barton,” Cannizzaro said about playing his final home game for the Pioneers. “Everyone loves playing here, and the student section goes crazy. I’m going to miss playing here, but we still have a lot of work to do.”

Next up for the Pioneers is a date next weekend with Notre Dame in the quarterfinals. The Fighting Irish defeated Marquette 15-9 on Sunday. This will be a rematch of the game on March 12 when Denver defeated Notre Dame 11-10 at Peter Barton Lacrosse Stadium.

When asked about the possibility of playing Notre Dame in the quarterfinals, coach Tierney said, “Put your bets down on it being an overtime game.”

Denver, the fifth seed in the NCAA tournament will play No. 4 seed Notre Dame on Saturday, May 20, at Hofstra. The game will be broadcast live on ESPNU at 12:30 p.m. 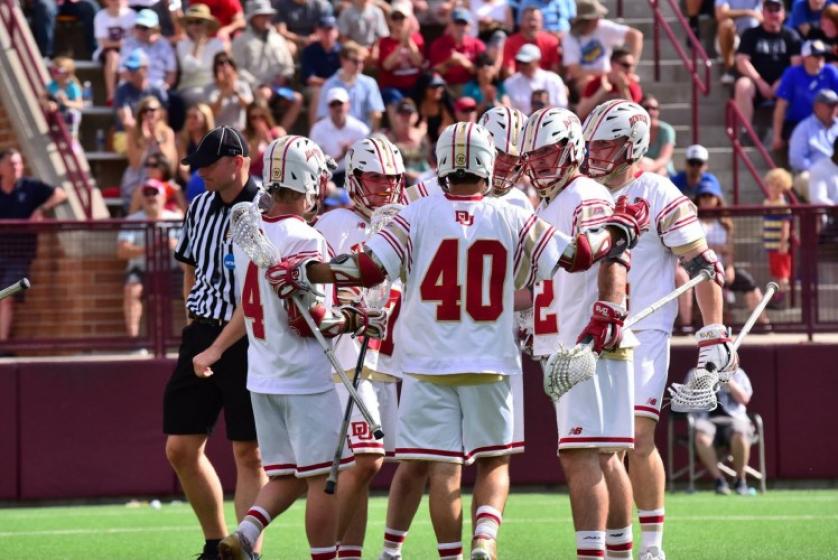 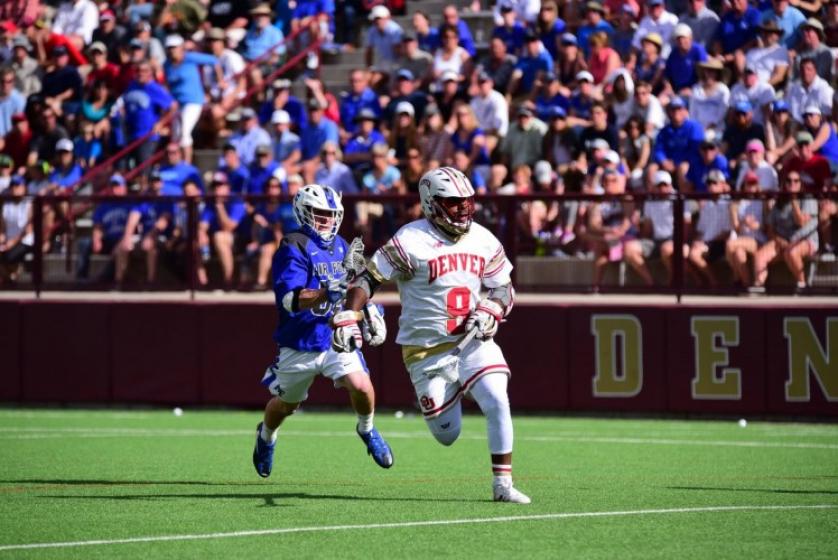 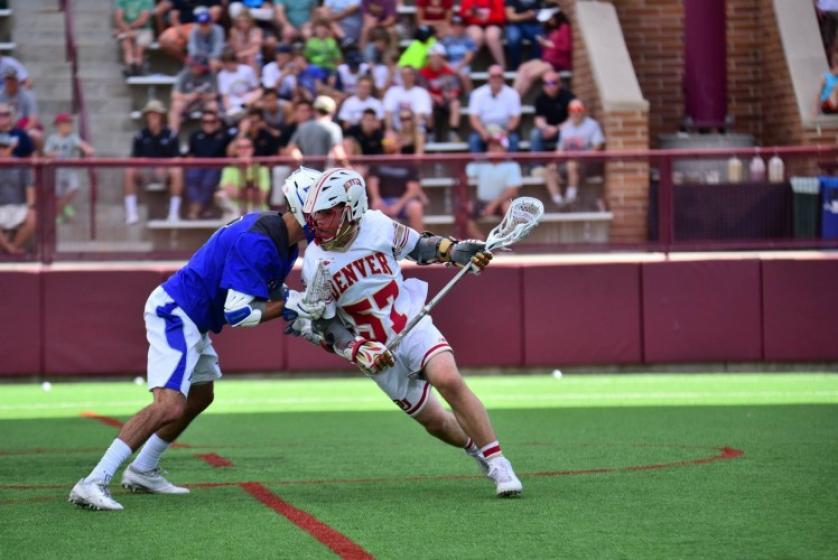 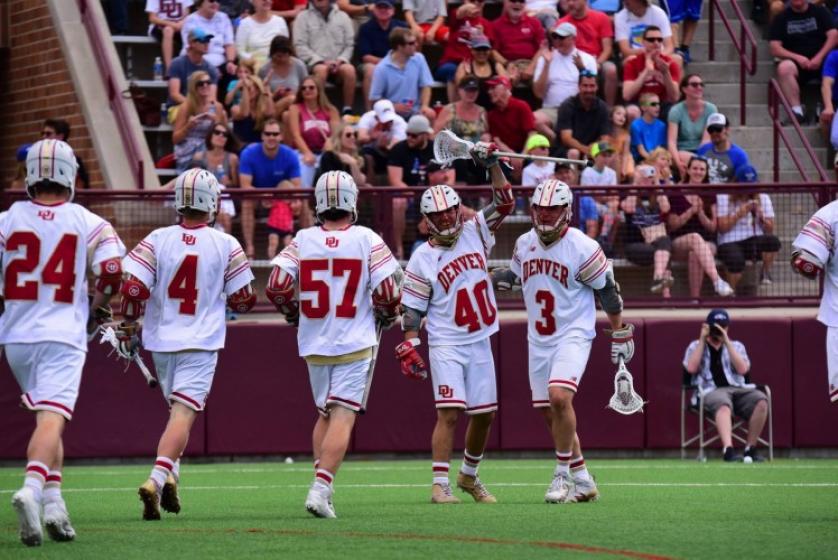 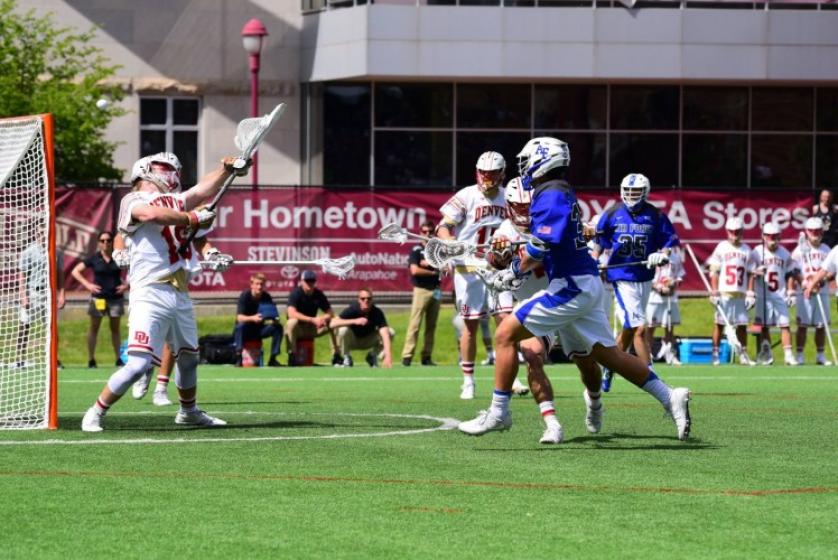 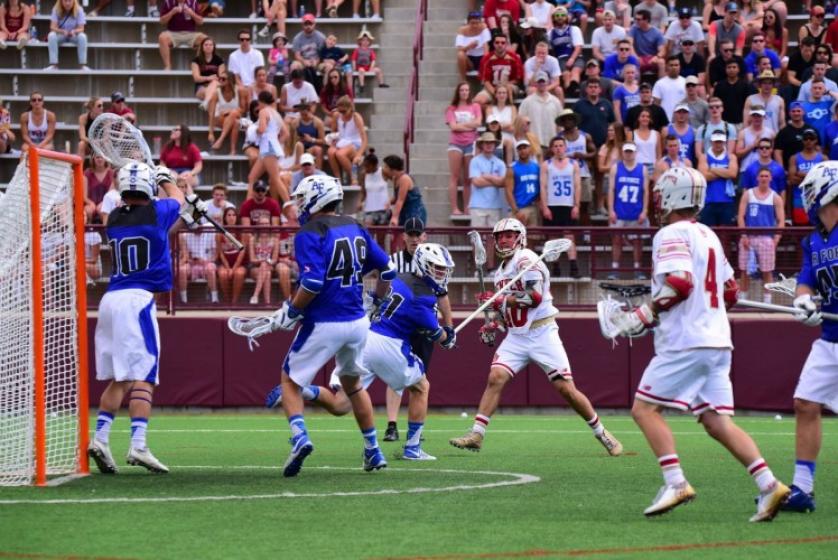 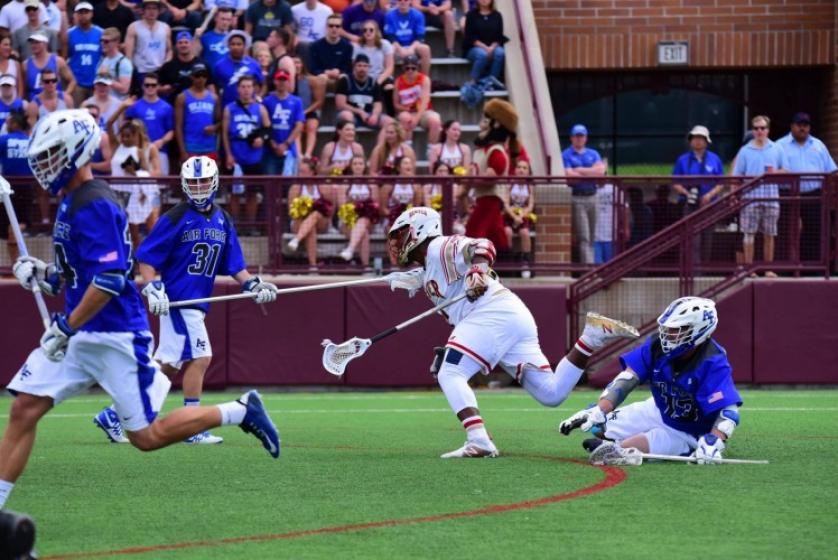