A stretch of 16 seconds in the second period set the tone on Saturday night as the University of Denver was crowned national champions of college hockey. The Pioneers defeated the Minnesota-Duluth Bulldogs 3-2 at the United Center in Chicago, Ill.

“There’s no better moment than this,” said coach Jim Montgomery right after the game. “I’m so happy for our student athletes and our entire team. How hard they competed, how hard they stayed together and how much they trusted each other and the process.”

This is the eighth college hockey national championship in program history and the first since the Pioneers won back-to-back titles in 2004-05.

“This is great for the University, great for our fans, great for the city of Denver,” said senior defenseman Will Butcher. “It’s hard to put into words what this win means. I love each and every one of the guys on this team and I am so proud of them.”

Both teams came out firing in the first period. The Pioneers and Bulldogs combined for 23 shots on goal, but after the first 20 minutes both teams were scoreless. It didn’t take long for the Pioneers to take control of the game in the second period. Less than five minutes in, sophomore forward Jarid Lukosevicius redirected a shot by Blake Hillman to score the game’s first goal. 16 seconds later the Pioneers struck again. Lukosevicius scored his second goal on a loose puck in front of the Bulldogs’ net.

Two minutes later Minnesota-Duluth would answer with its first score of the game. The Bulldogs were on a power play when Alex Iafallo knocked home a goal. But the Pioneers were not done in the second period, and neither was Lukosevicius. He completed the hat trick after knocking home the loose puck right in front of the Bulldog’s net.

“[Dylan] Gambrell and [Troy] Terry did an unbelievable job. They forechecked their butt off and I wouldn’t have scored any of those goals if it wasn’t for those two,” Lukosevicius said. “I just happened to stay in front of the net because I knew they were going to shoot pucks, or bring the puck to the net and I was in the right place at the right time.”

Lukosevicius’ hat trick is the first in a national championship game since 1993 when DU coach Jim Montgomery scored three times for Maine.

The third period became a case of DU doing everything it could to hang on for the victory. Only a few minutes in, junior defenseman Tariq Hammond had to be taken off the ice on a stretcher after suffering an apparent broken ankle.

“It’s terrible when you see a teammate and a brother go off like that,” Butcher said. “The guy has battled the whole year and in this game especially. It was very tough, but we stuck with it and relied on TJ [Tanner Jaillet] to make some stops and just tried to play well defensively.”

Jaillet was the difference coming down the stretch. The junior goalie faced 17 shots in the third period alone and managed to stop all but one.

“They were coming strong, obviously, they were throwing the kitchen sink at us,” Jaillet said. Our guys had some huge blocks and we were able to weather that storm and come out with the win.”

Once the game was over there was an emotional moment on the ice when Hammond came out of the locker room to be with his teammates. 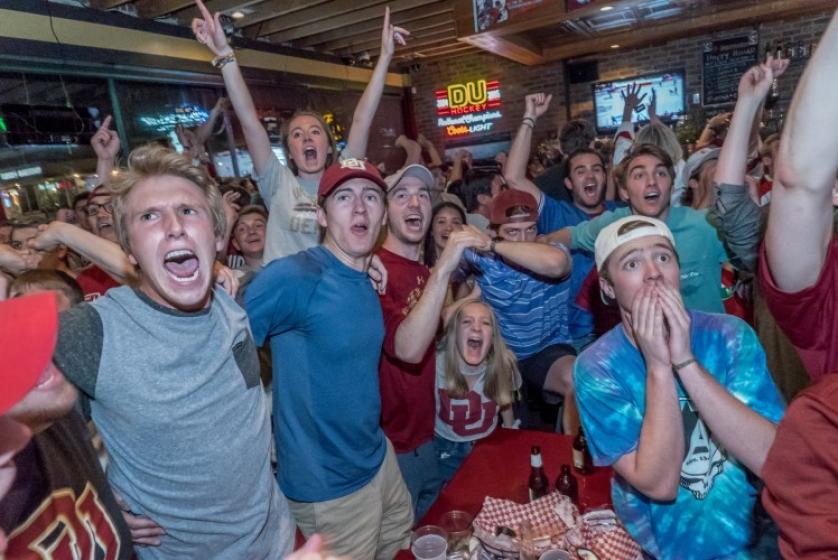 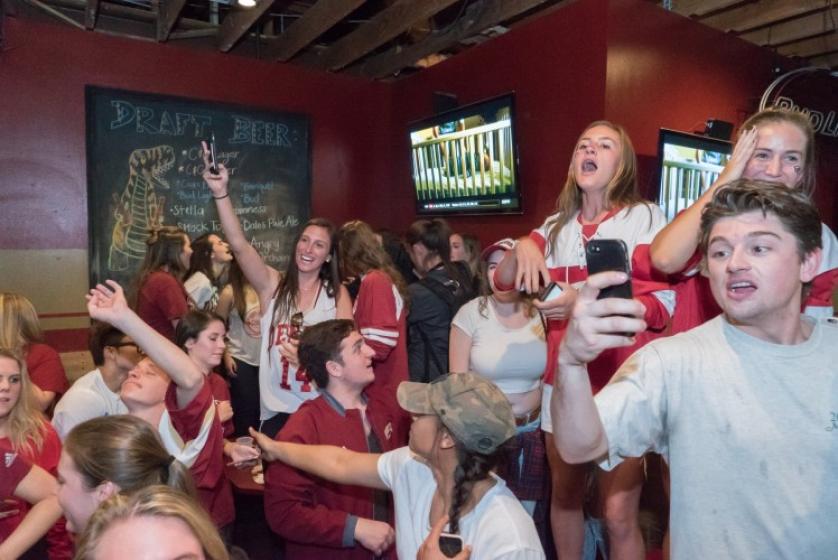 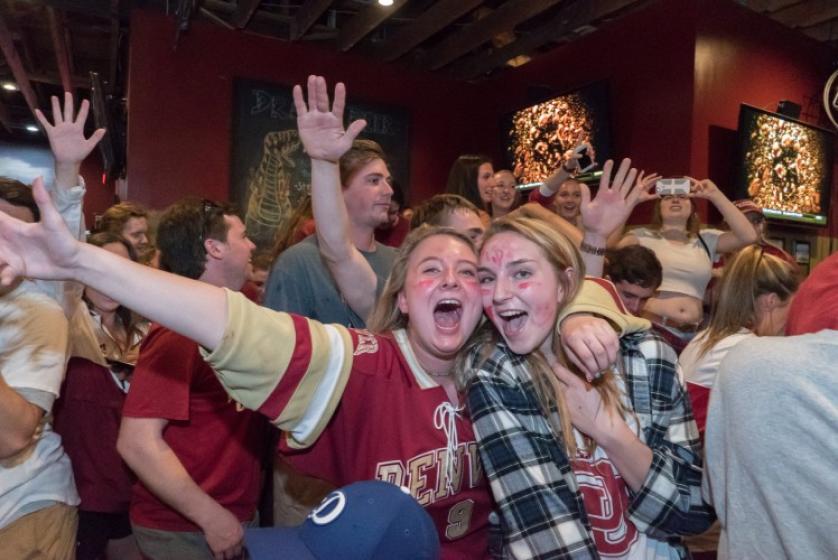 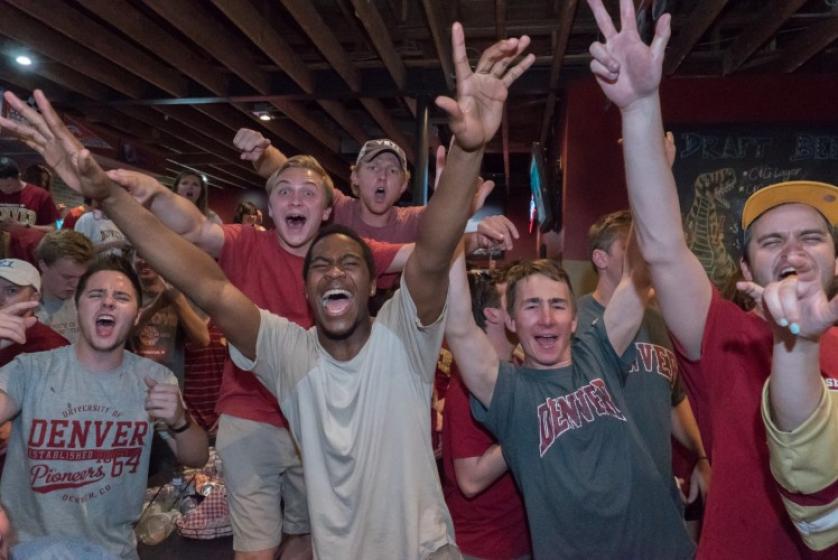 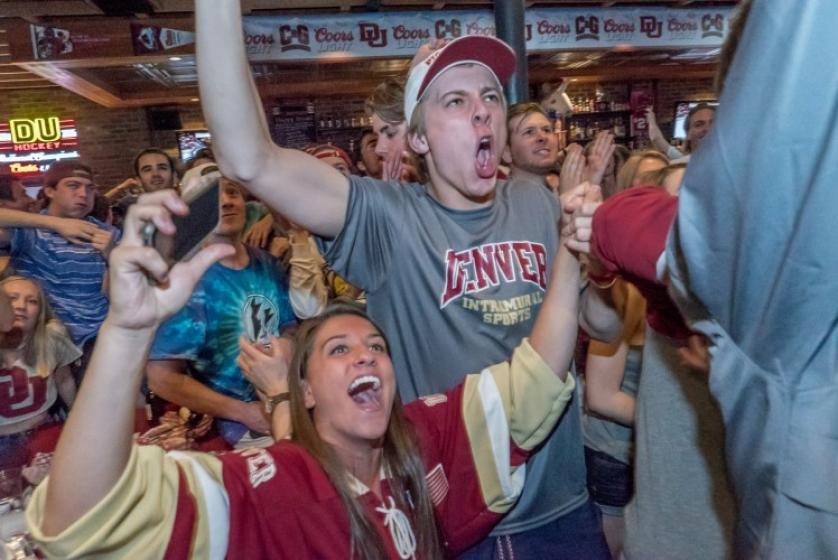 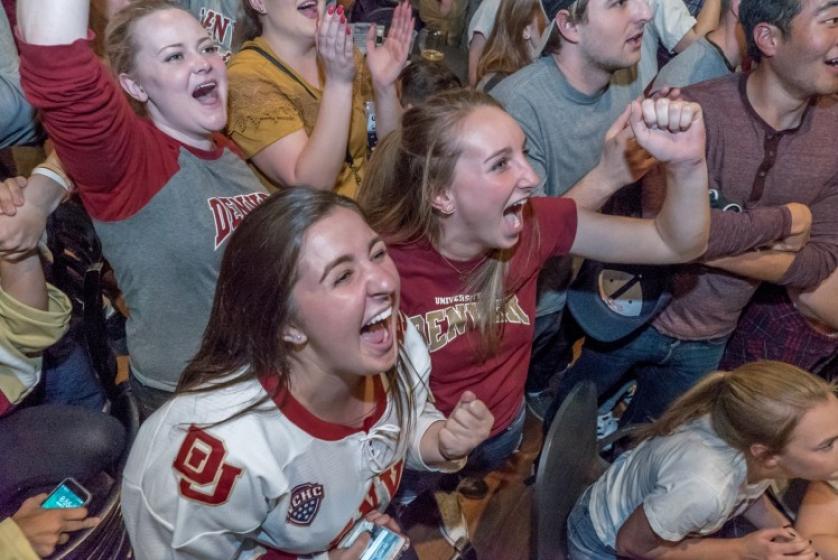 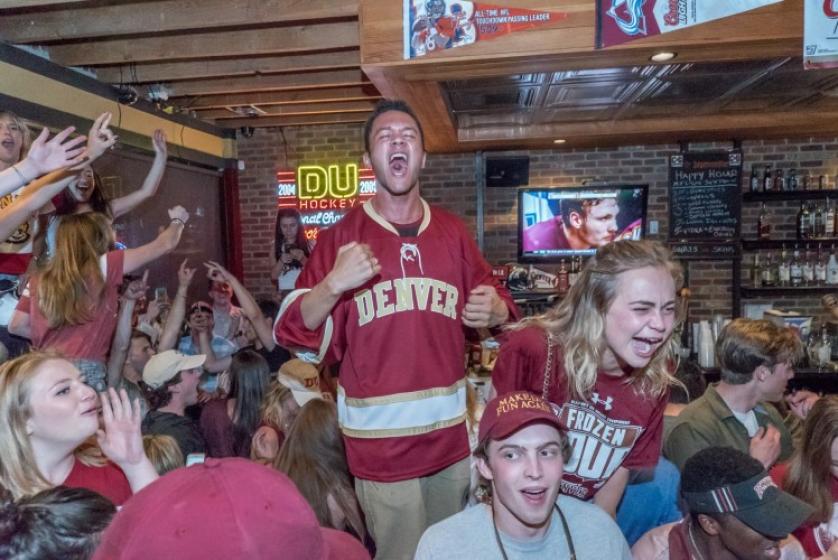 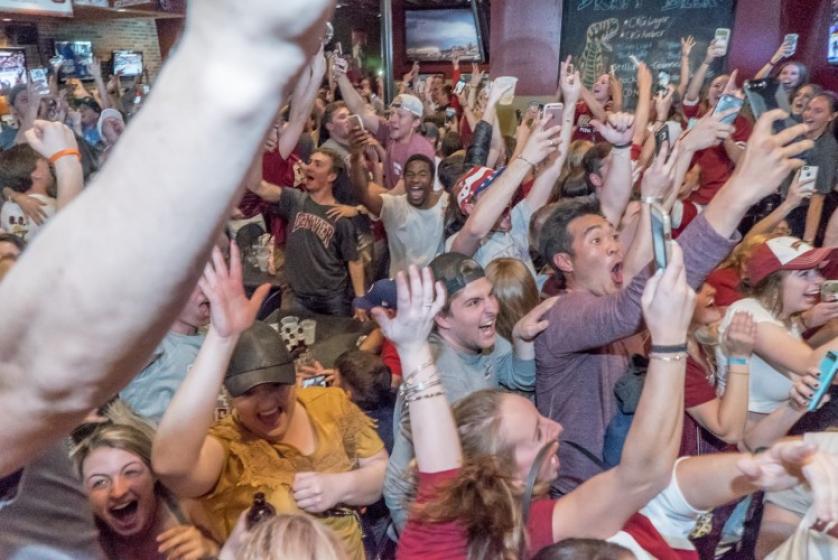 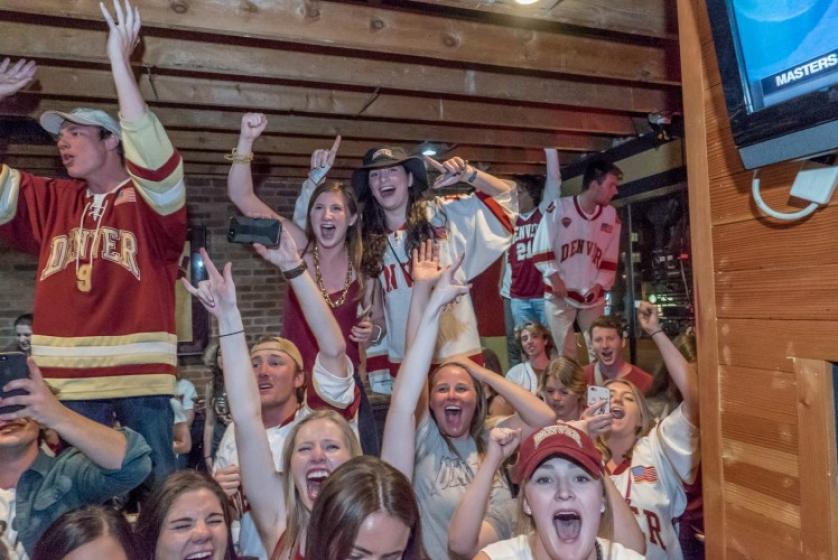 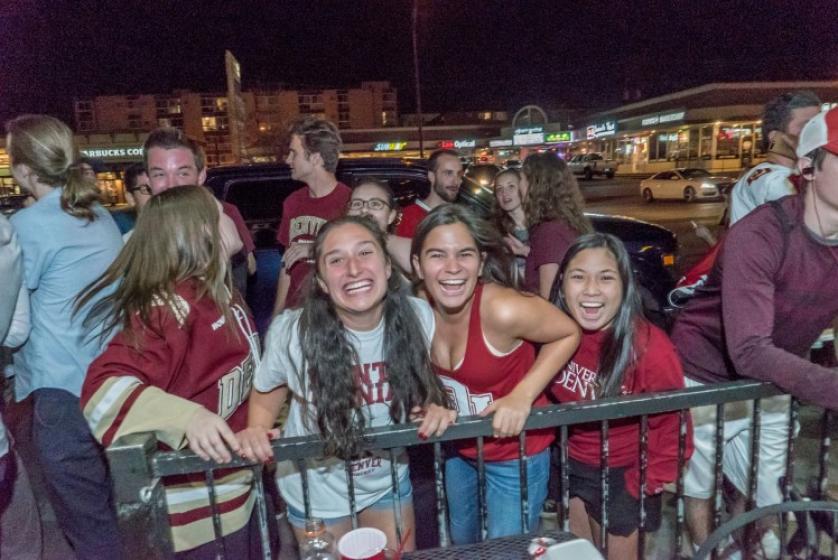 “I was overcome with emotion when I saw him come back out, but I’m not surprised,” Montgomery said. “He has the heart of a champion, he’s an incredible teammate and he’ll probably be our captain next year. He was really emotional, but he kept saying, ‘We did it. We did it.’”

Something that didn’t go unnoticed by the players and coaches was the support they received from DU fans.

“Everybody is going to be very proud about this one,” Butcher said. “Getting back here and being in Chicago with the amount of support with the alumni that are here is amazing. Seeing everyone at the hotel and down at the corner at the end of the game is something I’m going to remember for the rest of my life.”