The University of Denver’s athletics teams are making sure there is little doubt who is the best in the country. From the ice and snow to the gym and field, it was another big weekend for the Pioneers. 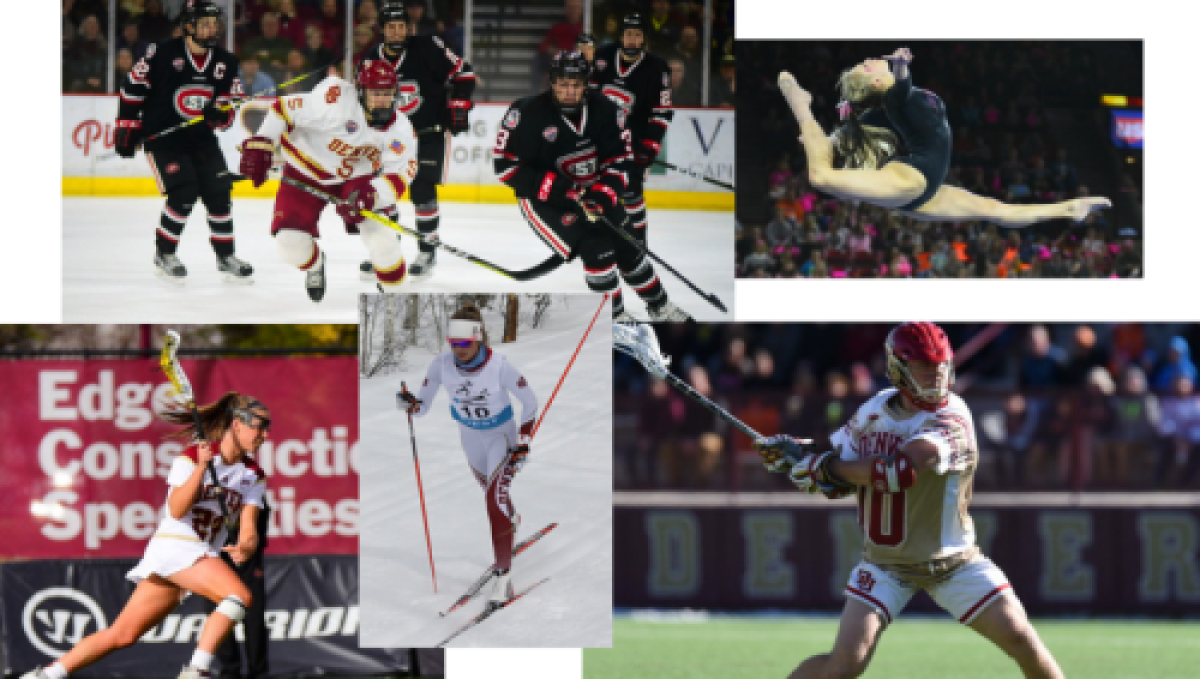 The No. 1 ranked Pioneers hockey team notched its ninth consecutive victory after wins on Friday and Saturday nights against 18th ranked St. Cloud State. Friday’s game was a thrilling 4-3 overtime win in front of 6,102 fans at Magness Arena. Henrik Borgström scored the winning goal on an assist from Troy Terry.

Saturday’s victory was a 7-2 rout of the Huskies in front of 6,227 fans on senior night. Denver now leads Minnesota-Duluth by four points in the National Collegiate Hockey Conference standings. A win in the upcoming game on Friday against Omaha will give the Pioneers their first-ever Penrose Cup.

The men’s lacrosse team maintains its top ranking after wins against Cleveland State and Canisius College in the 2017 Faceoff Classic. Sunday’s 12-0 victory over Canisius was the Pioneers’ first shutout in its Division I history. It also was coach Bill Tierney’s 100th win with DU. Next up for Denver is sixth-ranked North Carolina on Saturday at Peter Barton Lacrosse Stadium.

The women’s lacrosse team used an 11-0 run to cruise past UC Davis on Friday afternoon on their way to a 16-6 victory. The Pioneers are now ranked 14th in the country in three different national polls, but face a tough battle this Friday against ninth-ranked Colorado. Coach Liza Kelly will be going for her 200th career Division I in Boulder.

Women’s gymnastics has reached a record high ranking after moving up one spot to No. 7 in the latest national rankings. The Pioneers outlasted 20th-ranked Ohio State on Friday night by posting their best road performance of the season. On Sunday, the team was back home and topped both No. 22 Illinois and Illinois State. Denver will host its final home meet of the season this Saturday night against Ohio State.

The Pioneers dominated the Rocky Mountain Intercollegiate Ski Association’s Championship this past weekend in Minturn, Colo. On Sunday, both the men’s and women’s teams won the freestyle events, and each placed three skiers in the top seven. Denver will compete at the NCAA Championships in New Hampshire starting on March 8.