Domination. That is the best way to describe the performance on Saturday by the University of Denver men’s lacrosse team. The fifth-seeded Pioneers defeated fourth-seeded Notre Dame 16-4 in the quarterfinal round of the NCAA tournament.

Junior Trevor Baptiste, Tewaaraton finalist for best player in college lacrosse, helped set the tone for the game. After losing the opening faceoff he never lost again, finishing 21 of 22 from the dot. This allowed the Pioneers to control the pace of the game.

“I think it just gives our team all the confidence in the world when Trevor is playing like that,” said Sophomore Austin French. “We have the ball for long possessions, the ball is just on our end of the field for long time periods. It allows our offense to get on a roll and we can control the game.”

French finished with four goals, his second consecutive game with a hat trick. He was joined by freshman Ethan Walker and senior Tyler Pace in scoring hat tricks against the Irish. Senior Connor Cannizzaro scored two goals and had two assists.

Both offenses got off to slow starts. After the opening quarter the score was 2-1. The second quarter proved to be the difference maker as the Pioneers outscored the Irish 6-0 thanks in part to Baptiste winning 10 consecutive faceoffs to finish the half.

“If you stick one (goal) and you know pretty much that you’re going to get the ball back, you can go on these runs,” said DU coach Bill Tierney. “I don’t think it had anything to do with Notre Dame, I think it had a lot to do with Trevor and the way the offense was playing and really shooting against a very good goalie. That kind of kept them from getting going.”

The second half started where the first half left off. DU’s lead grew to 11-1 when Notre Dame finally scored its first goal since the opening minutes of the game. Denver then built a 16-2 lead before surrendering 2 goals late in the final quarter.

For as well as the offense played, it’s hard to ignore the performance of DU’s defense. The Pioneers held the Irish to only eight shots on goal, the least amount by Denver in an NCAA tournament game.

“The defense had a lot to prove,” Baptiste said. “I felt like they kept getting the short end of the stick when people were talking about our team. It was a full team effort from the coaches to the last guy on the bench. Everyone played 110 percent.”

Kevin Corrigan, head coach of the Irish, called the loss an “epic fail on our part” and a “complete butt whipping.” The Pioneers know the loss is not indicative of the team they played.

“We need to decompress a little bit here. That Notre Dame team is as well coached a team there is in the country and those kids played their heart out,” Tierney said. “We can’t pass up on how exciting these experiences are because they are so fleeting. We told the team last week, only eight teams were left out of 70 and now only four are left out of 70. We are just blessed to be one of them.”

The Pioneers will now make their fifth Championship Weekend appearance in the last seven seasons. Denver will play top-seeded Maryland on Saturday, May 27 in Foxboro, Mass. The game will broadcast live on ESPN2. 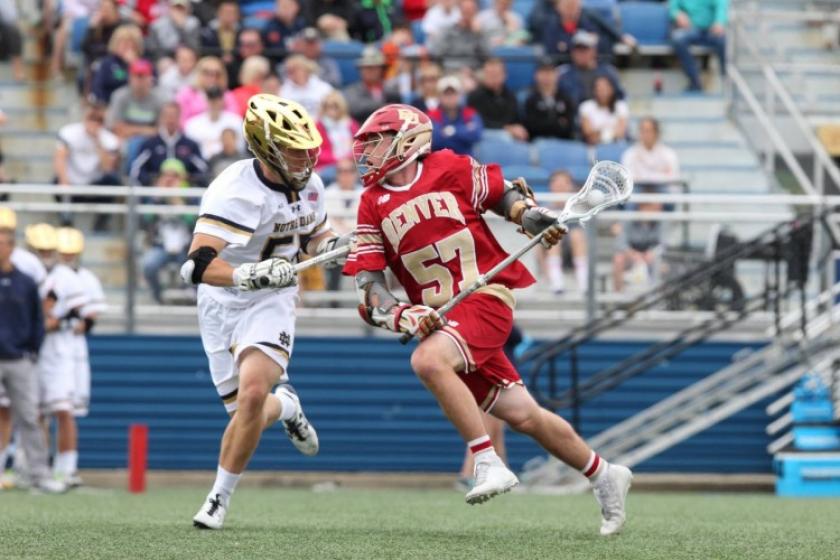 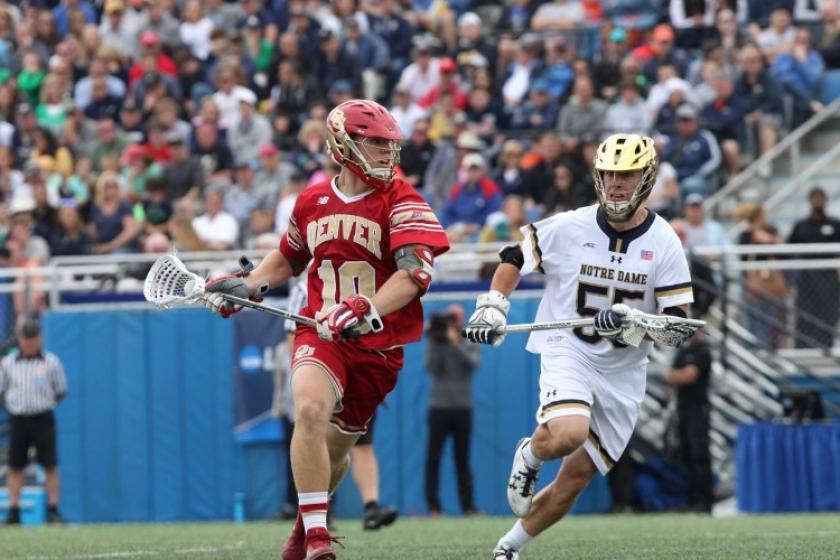 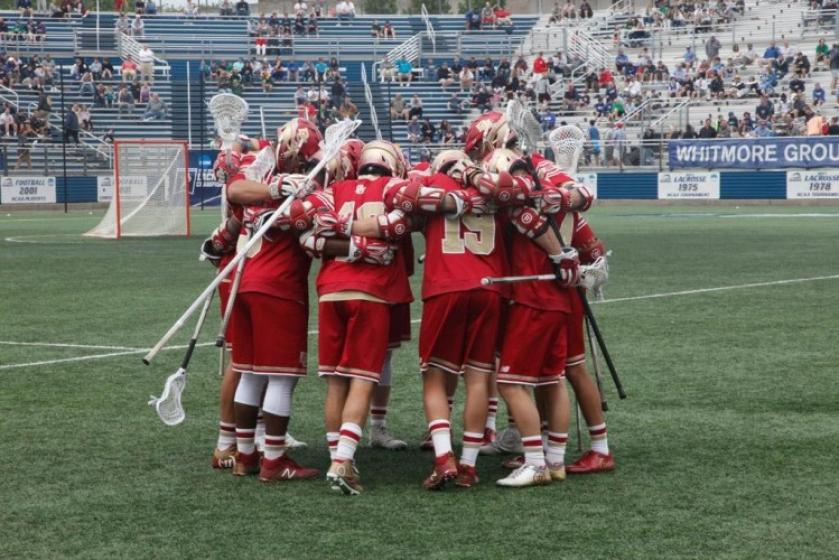 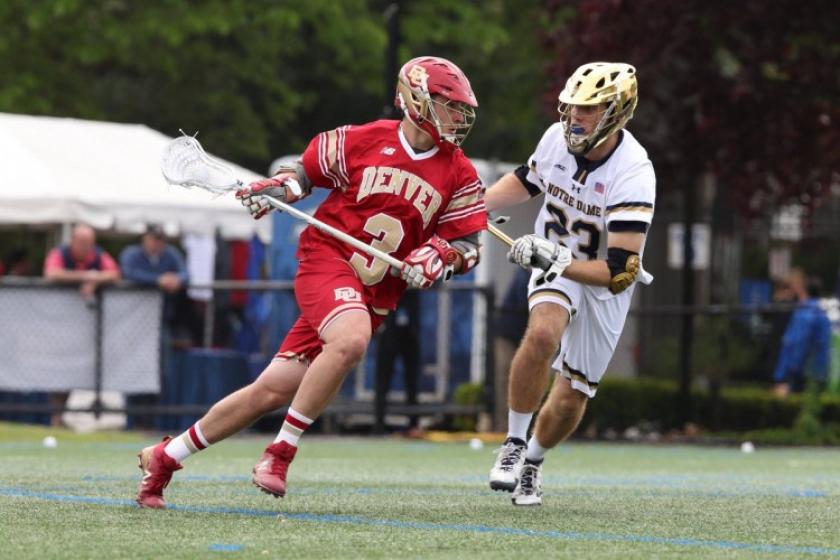 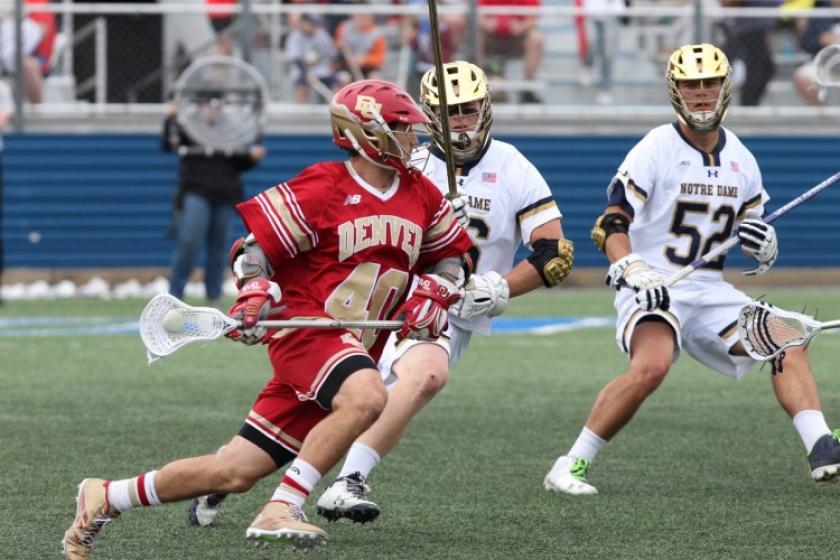