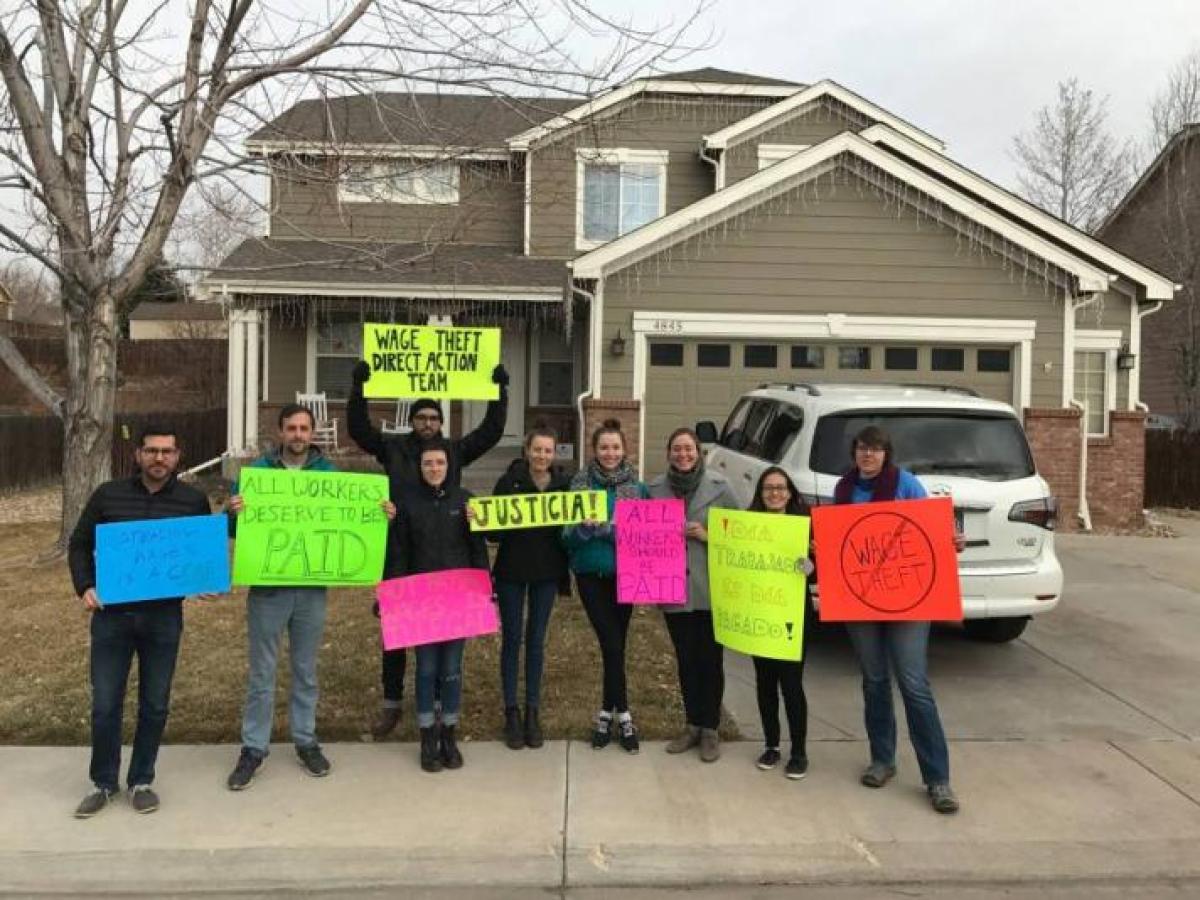 More than half a million Colorado workers are affected by wage theft, costing Colorado $750 million a year, according to the Colorado Fiscal Institute. And that doesn’t account for those affected by the devastating ripple that follows in the wake of wage theft.

When one Colorado laborer was hired by a subcontractor for the day, he was asked to bring three friends along. They completed a full day of work, and at its close, the subcontractor paid only enough for one. Despite that, the day laborer paid his companions out of his own pocket.

Meanwhile, his mother languished in a Mexico City hospital with a broken knee, awaiting money from her son to pay for her surgery.

Real stories like this one animate the research conducted by the University of Denver’s Rebecca Galemba, assistant professor in the Josef Korbel School of International Studies’ Latin America Center. The center dives into issues surrounding Latin America’s education, policy and cultural activities to build on Denver’s historic and geographic connections to the region.

Galemba’s work is driven by immigration and its deep impact on the Denver community. And while wage theft is an issue affecting many underrepresented groups across the country, Denver’s Latino population is particularly hard hit.

Citing work by scholar Elizabeth Fussell, Galemba speaks of the “deportation threat dynamic.” “The assumption that workers are deportable leads employers to think workers won’t complain and that they can get away with exploiting them,” she says.

When Galemba first came to DU in 2012, she was scheduled to teach a qualitative research methods course and wanted her students to become engaged in the community. She connected with a prominent resource for Colorado’s day laborers and domestic workers, El Centro Humanitario, which shared concerns about wage theft. Galemba started bringing her students to speak with workers waiting on the streets for an employer to come their way.

At first, the stigma surrounding wage theft was enough to keep the primarily male workers quiet. “The term ‘wage theft’ assumes someone has been victimized or duped into being exploited,” Galemba explains. But after a full year of building rapport, conducting informal, unstructured interviews, and mostly showing interest and understanding, Galemba, along with her graduate research assistants and students in her classes, built on that qualitative research with a survey to quantify wage theft in the community.

“Really it began with just about getting to know workers and spending time with them, not just getting information and leaving. [It was] bringing bagels, bringing coffee, standing out there with them, talking with them, showing that you actually have an interest in their lives and what they are going through,” Galemba says, noting that law students joined her to provide resources for recouping wages. “In addition to listening to workers’ stories, when people had actual cases, we could at least connect them with some form of legal assistance too.”

A survey of 411 day laborers showed that of the mostly foreign-born, Latino, male workers — 65% of whom were undocumented — 62% had experienced wage theft. Only 50% had attempted to recover those wages, and few were paid what they were owed.

The reasons behind wage theft, Galemba says, boil down to cost cutting, desperation and ease of exploitation. Galemba says she frequently heard respondents express the need to weigh their rights against their needs, saying things like: “I know what I’m supposed to ask [employers], but if I ask too many questions, they won’t choose me to do the job, or they will strand me somewhere.”

Stranding workers after a full day of work is just one of many tactics employers use, Galemba says. Others leave workers with checks that bounce and the associated fees; some promise to pay on Fridays before disappearing, and others still intentionally misclassify workers, weaseling their way out of payment.

And while the legal system has avenues for victims of wage theft, these are often too intimidating, time-consuming or unsuccessful. Even if complainants do win in small claims court, actually getting employers to pay what’s owed is an uphill battle. “Our legal system is not set up to protect low-wage workers,” despite the fact that there has been a legislative push around worker protections, Galemba says. “In terms of resources and enforcement it really is difficult. We should not be placing even more of the burden on workers who already feel threatened and silenced.”

Galemba’s work — which aims to bring more than just data to the table — blends research, policy advocacy, legal assistance and direct action, often in conjunction with El Centro’s Direct Action Team. The team utilizes volunteer support from Galemba and from Tammy Kuennen, a professor at the Sturm College of Law, as well as DU students from Korbel and the law school, to assist workers through the legal process and to help them negotiate with uncooperative employers.

While Galemba’s research doesn’t promise to resolve the wage-theft phenomenon or offer money to unpaid workers, it does shed light on a problem that often hides in the shadows. “At least by documenting the patterns, we can show that it is happening. In most cases, it’s not an accident, and there are some policy solutions that can be devised that at least balance the scales a little bit more effectively,” Galemba says.

Oliver Kaplan, co-director of the Latin America Center, considers this work valuable not just for those affected by wage theft, but also for students in need of firsthand experience. “Professor Galemba’s project has succeeded in raising awareness about the plight of migrants in our community,” he says. “It has both inspired DU students to better understand the nature of wage theft and trained them in research methods to identify approaches to stop it. We are proud to count her project among the research activities of the Korbel Latin America Center.”