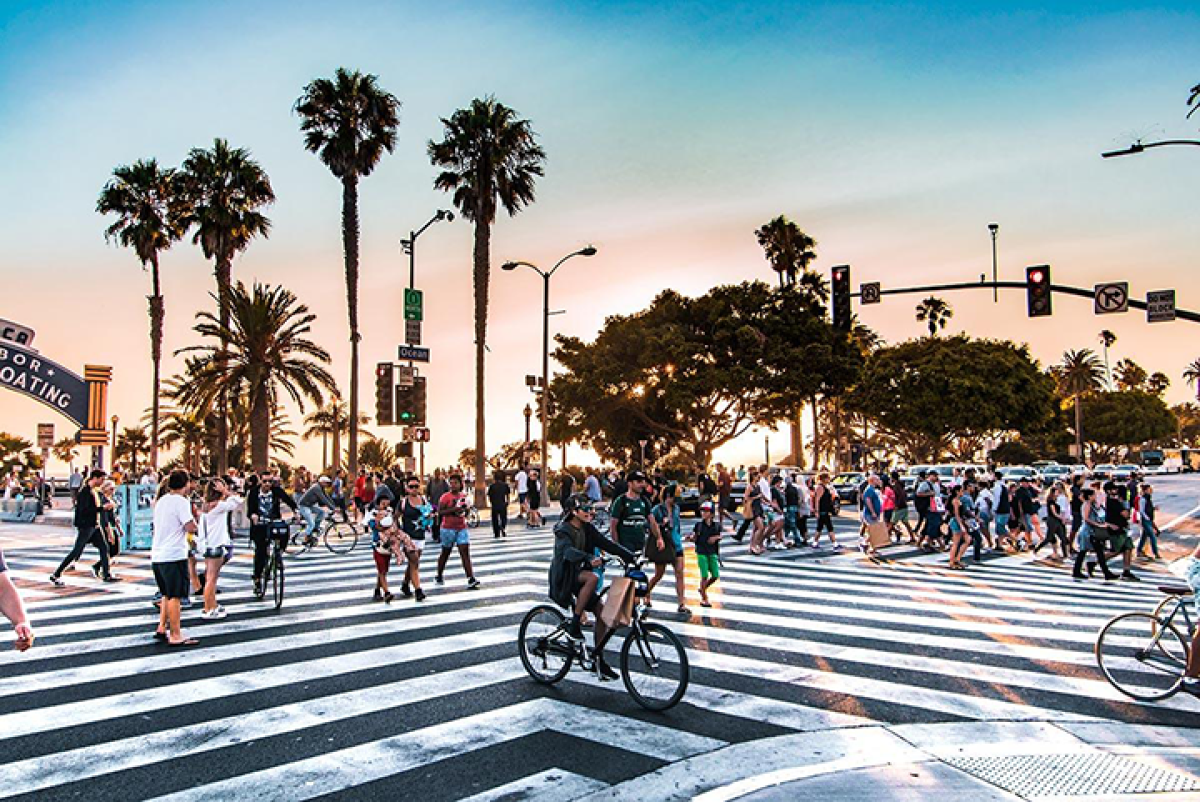 Two’s company. Three’s a crowd. Timothy Sweeny, associate professor in the Department of Psychology, is interested in the latter.

Immersed in the world around him, Sweeny studies visual perception—the ability to perceive our surroundings through the light that enters our eyes.

Sweeny, alongside a team of researchers, received a National Science Foundation grant to study the gap between social cognition and vision science, specifically crowd perception.

Their project will explore how biases affect our perception of crowds. For years, Sweeny studied basic visual processes, but this study explores the social aspect.

In the preliminary group, they found people are biased when judging a group’s emotion. That’s not too surprising, Sweeny says, as people generally have a negativity bias.

“Even when you look at individuals, someone’s going to say they’re more negative or angrier than they are,” Sweeny said. “When people make judgement about crowds, those negative biases are even bigger. We think it might have to do with the way people might feel about a group’s potential for threat.”

Sweeny established the Visual Perception, Emotion, and Cognition (VPEC) Lab at DU in 2013. The lab’s primary goal is to understand how basic neural and cognitive mechanisms shape what people see and hear—a longtime interest of Sweeny’s.

“Originally, I explored this question in philosophy, but I was not good at philosophy,” he said. “Philosophy was more and more questions.”

In search of concrete answers, he shifted from philosophy to science. While science left him with questions too, it felt more tangible, so he spent years researching visual perception; eventually, he pursued research around crowd biases.

“Is this group happy or angry?” Sweeny asked.

For Sweeny and his team of researchers, the answer is clear. They pretested the individual faces, analyzing the collective’s mood. Participants were more likely to classify a crowd as angry, despite neutral expressions on the group’s faces.

After publishing the team’s initial findings, there was an interest in expanding it to race and gender. Using a mix of computer-generated and real faces, Sweeny and his team will push the theory further.

“If a crowd context makes someone more biased in their judgements of others and they go on to do something in result of that bias, that can be very consequential,” Sweeny said.

While he doesn’t expect his work alone to provide definitive answers, he hopes to generate buzz about crowd judgments, ultimately, paving the way for someone to explore potential interventions.