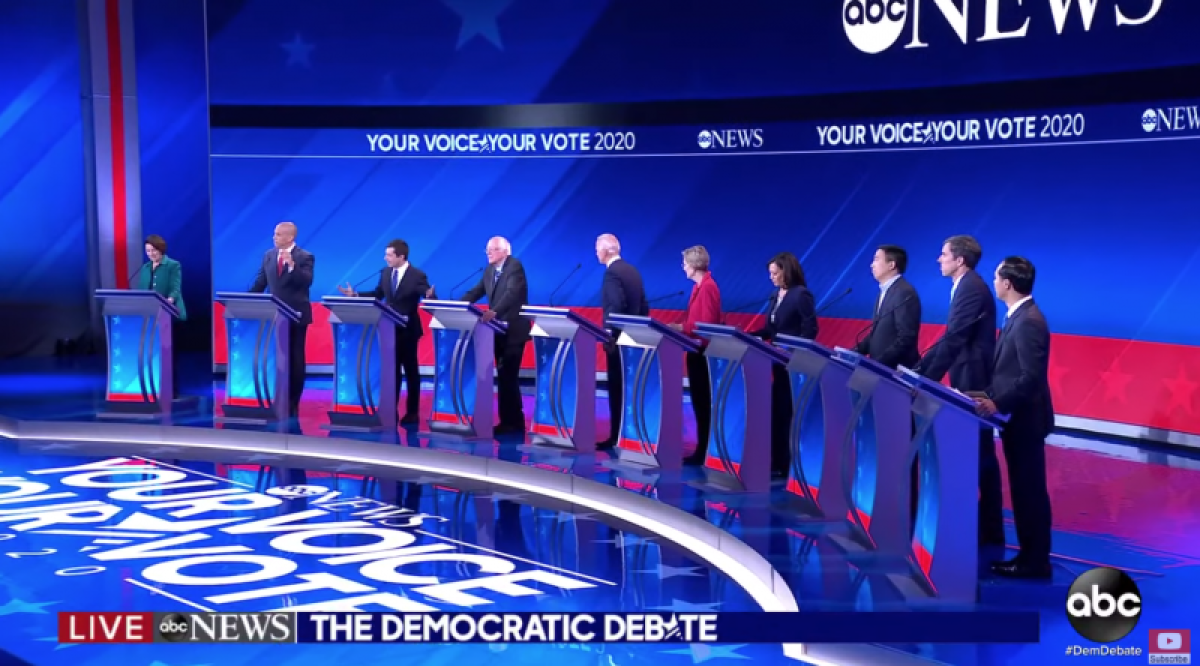 Seth Masket is a University of Denver political science professor and director of DU’s Center on American Politics. He is also a regular political science contributor on FiveThirtyEight and writer for Mischiefs of Faction. Seth took a moment to share his insight on the debate with the DU Newsroom.

This is the first time we’ve seen all the top-polling candidates share the same stage for a debate. What did you think of the dynamic?

The overall dynamic of this debate was one of Biden going after his most immediate threats (Warren and Sanders), with those further down the popularity ladder taking shots at him. Castro drew the deepest cut with his digs on Biden's age, and Biden kept confirming Castro's critiques with some rambling statements. Castro drew some blood in the place where Biden was already weakest.

Overall, what are your big takeaways from the night?

Overall it was helpful to have all the main candidates on the same stage and to have winnowed the field down substantially. It gave skilled but less popular candidates like Klobuchar, Booker, O'Rourke, and Castro a chance to have voters hear them. Buttigieg, Warren, and Sanders showed the same skills they've been demonstrating all along. Despite Sanders’ gravelly voice, I didn’t see much to change their positions. Harris didn't have a particularly great night. She was the most aggressive in attacking Trump, apparently trying to draw his Twitter fire. (That could pay off!) But beyond that her answers were uneven. Yang, meanwhile, promised a game-changer by offering voters money, and not only was that legally dubious, but it was forgotten five minutes later.

This is a historic primary season for Democrats. They have the largest and most diverse group yet, and the crowded field is slowly narrowing. Do you think this debate moved the needle for the race?

I’m doubtful this debate contained much to substantially change the race. There were no moments as visceral as the Harris-Biden exchange from the first debate, and the effects of that on the polling evaporated after a few weeks anyway.