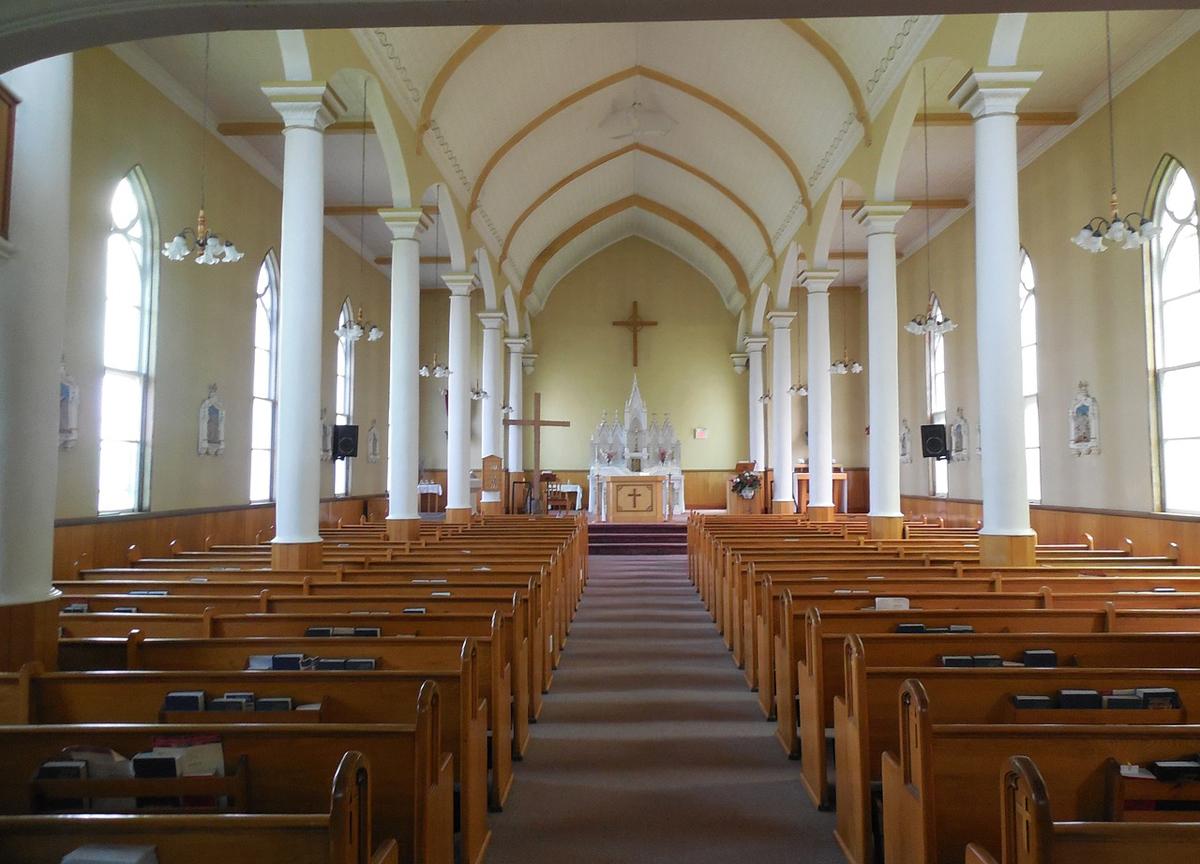 Throughout history, pandemics have altered the ways people worship and practice their faith. To assess the effect COVID-19 is having on the nation’s faith communities — particularly the dominant Christian community — the DU Newsroom invited Carl Raschke, professor of religious studies, to share his observations and insights. A philosopher, theologian and longtime University of Denver faculty member, Raschke is author of the recently published “Neoliberalism and Political Theology: From Kant to Identity Politics.”

With COVID-19 far from contained, city and state governments across the country are requiring places of worship — whether mosques or churches or synagogues — to suspend on-site services, meetings and activities, thus depriving worshippers of this customary comfort in a time of enormous fear and stress.  In general, how are faith communities responding to the religious and spiritual needs of their communities?

Faith communities seem to be responding in quite different ways. Those Christian communities that were already tech-savvy have easily migrated to online communications, which include the webcasting of Sunday services and the organization of small groups or connection groups through Zoom and Skype. Smaller, more traditional churches that have not invested in digital technology — other than perhaps the use of projection slides for sermons — are having far more difficulty. These are the ones you usually read about in the news as defying government lockdown orders.

Of course, size is not the controlling factor here. There are megachurches, which often lean hard right politically, that have defied lockdown orders for both political reasons — “our rights to religious freedom are being violated” — or theological reasons: “God calls us to worship together.” (Whether online gatherings count as corporate worship is a theological issue that most mainline churches don’t want to dispute.)

Other faith communities are also adapting. Muslim mosques in the West were, even before the COVID-19 crisis, technologically ahead of many of their Jewish and Christian counterparts. The reason is probably the same as why televangelism became so important in the 1980s. Religions that have the call to evangelism or outreach as their central tenet are more likely to adopt technologies that further this aim.

Churches that ignore the technological imperative tend to be more family oriented and “in-groupish,” especially when they are shy of public exposure — the Jehovah’s Witnesses would be an example in this regard. It also seems to apply to Jewish practices. Judaism, of course, is not at all a proselytizing faith, but certain iterations of it — Reform Judaism, for example — have a broad geographic circuit to cover and a diaspora scope of outreach. I understand that a few weeks ago many Reform synagogues had Zoom-linked seders that involved multiple families in different locations.

Many of the faithful do not consider worship a “nonessential service” and thus balk at government-imposed restrictions that relegate them to this status. How are different faiths and denominations negotiating this tension with government mandates?

The question of whether it is “essential” or “nonessential” is more a legal and political issue than it is a religious one, and it of course varies with the national constitutional system under which the different faiths operate. I would think that if such a case ever goes to court in the U.S., a judge would have a difficult time arguing that religion is a “nonessential service,” given the clear wording of the First Amendment. Right now, the majority of religious communities are more than happy to comply with the shut-down regulations, because they perceive the risk of infecting the congregation far greater than any abridgment of their right to worship.

If the lockdown had taken place a quarter century ago, when we didn’t have either the power of the worldwide web or video conferencing software, I think the reaction would have been vastly different. I myself participate in a church that has a very sophisticated online presence. Long before COVID-19, you could already view it if you were out of town for Sunday worship, and virtually all my giving is done through payment apps on my iPhone. Even our men’s group has now moved to Zoom, and in some ways I don’t find participating in my living room a burden at all. In fact, because of the COVID-19 crisis, I’m currently at a remote family retreat property in Oklahoma that is a long way from my home church. If the church wasn’t all online, I’d be missing everything except Sunday service. I’m sure many people are in this situation as well. I think, however, if the lockdown persists for much longer, the challenge to government-imposed restrictions may escalate, especially if it becomes evident that the threat of infection is much lower than it is now and the restrictions seem unreasonable. The recent protests in Michigan — which didn’t involve freedom of religion that much — seem to be largely over the perceived disconnect between what the government is ordering and what seems reasonable.

For many people, religion and religious leaders play such a vital role at end of life — administering last rites, conducting funeral services, comforting the dying and the grieving. With COVID-19 imposing isolation everywhere from the hospital sickbed to places of worship, how are religious leaders responding?

This is where it really gets tricky and challenging. Physical contact, even in some cases intimate contact, is integral to various forms of religious practice. You might have read a while back, at the start of the outbreak, about how Shi'a Muslims in Iran were arrested for kissing a sacred shrine. In normal times, that would have been considered an act of devotion. Or perhaps you have heard about the problem with Jews all pushed up against the Wailing Wall. Then there is the traditional Eucharistic practice in Catholicism and Anglo-Catholicism of the priest handing the devotee the bread dipped in wine from a common cup, which is quite unsanitary. Some early COVID-19 cases were reported to have resulted from this practice. For Catholics, intimacy with the elements of the Eucharist has been historically vital because of the belief that there is the “real presence” of Christ in the bread and wine, which by taking communion the believer shares. For most Protestants, intimacy with the elements has not been so critical. This is especially true among Calvinists, who hold that Christ is only present symbolically in the elements. Finally, there is the whole issue of pilgrimages, which are vital to people of all religions but are especially so for Muslims, for whom the hajj is one of its five pillars. Saudi Arabia, which controls the hajj shrines, had to shut down the pilgrimage this year, causing all sorts of disruptions.

What will religious communities need to do to maintain vitality during and after this crisis?

Historically, major social and economic crises have had a positive impact on religion. This happened after 9/11, although it was only temporary. The Wall Street Journal recently predicted a “great spiritual revival” and pointed to what happened in the U.S. following World War II. Of course, wars and debacles can have the opposite effect. In Europe, World War II led not to spiritual revival, but to widespread loss of religious participation and galloping secularism. Something similar happened in America in the wake of the Civil War and World War I.

If people still thirst for the transcendent as a solution to seemingly insoluble worldly problems, they will look to religion. If people feel they can’t live without the solace of religious pursuits and practices, religious institutions themselves will thrive. But this has little, in my mind, to do with how religious bodies handle, or don’t handle, the current COVID crisis. It all has to do with how people generally interpret the meaning of the crisis. During the Black Plague of the 14th century, the church was unable to provide an “answer,” and that led to a lot of skepticism and agnosticism, which ultimately undermined the authority of the church in the long run, setting the stage for the Reformation of the 16th century. But people now look to science in the way that they once looked to the church. If the scientists botch it, then people may turn back to religion.

When this is all over, what financial challenges will the faith community face?

The financial issue is a big and important one. Churches, especially in America, are undeniable “businesses” in the technical sense of the word, albeit nonprofit ones. They require “customers” (in other words, congregants who tithe or give); they have overhead (church buildings); CEOs (pastors and priests); and payrolls (which vary tremendously). Unlike one nonprofit sector that is countercyclical (education — because people tend to go to college when they can’t find a job), church finances are cyclical and depend heavily on the prosperity of the society around them. Christian churches — by the very nature of Jesus’ “great commission,” or demand to evangelize — are always focused on growth. Growth is not so much a matter of creating shareholder value as it is of fulfilling a spiritual and ethical mandate that is at the heart of the faith itself. Like small businesses, churches that start out small and don’t grow (or don’t find a sustainable niche market) will invariably stagnate or fail.  Even large churches whose income and outflow do not match get quickly into trouble and have to respond as any business would.

That said, it is not so much COVID-19 as the imminent economic downturn (if not disaster) that will affect churches severely, especially the small ones or the most indebted ones. A lot of small churches are pastored by so-called “tentmakers” (after the apostle Paul who made tents to pay for his travel to spread the gospel). They support what is essentially a family ministry through outside employment. If they become unemployed, the church itself falls apart. Of course, a lot of old mainline churches built up huge fixed and income-producing financial asset bases years ago when they were flourishing, so even if they have relatively few members, they can still keep functioning. But those kinds of churches have very little influence on society any more, and their constituencies are mainly old people. They may survive, as the asset-holding class always does, but so what? They have little or no general influence.

I myself am expecting major and widespread financial dislocations at all levels because of the integrated global economy, so I would imagine that you are going to see a major reconfiguration of religious life, especially if social distancing becomes the longer-term, rather than the shorter-term norm, for both epidemiological and financial reasons. I can’t tell you what that looks like at this point, however.