Q&A: The impact of Australia's fires on humans and animals 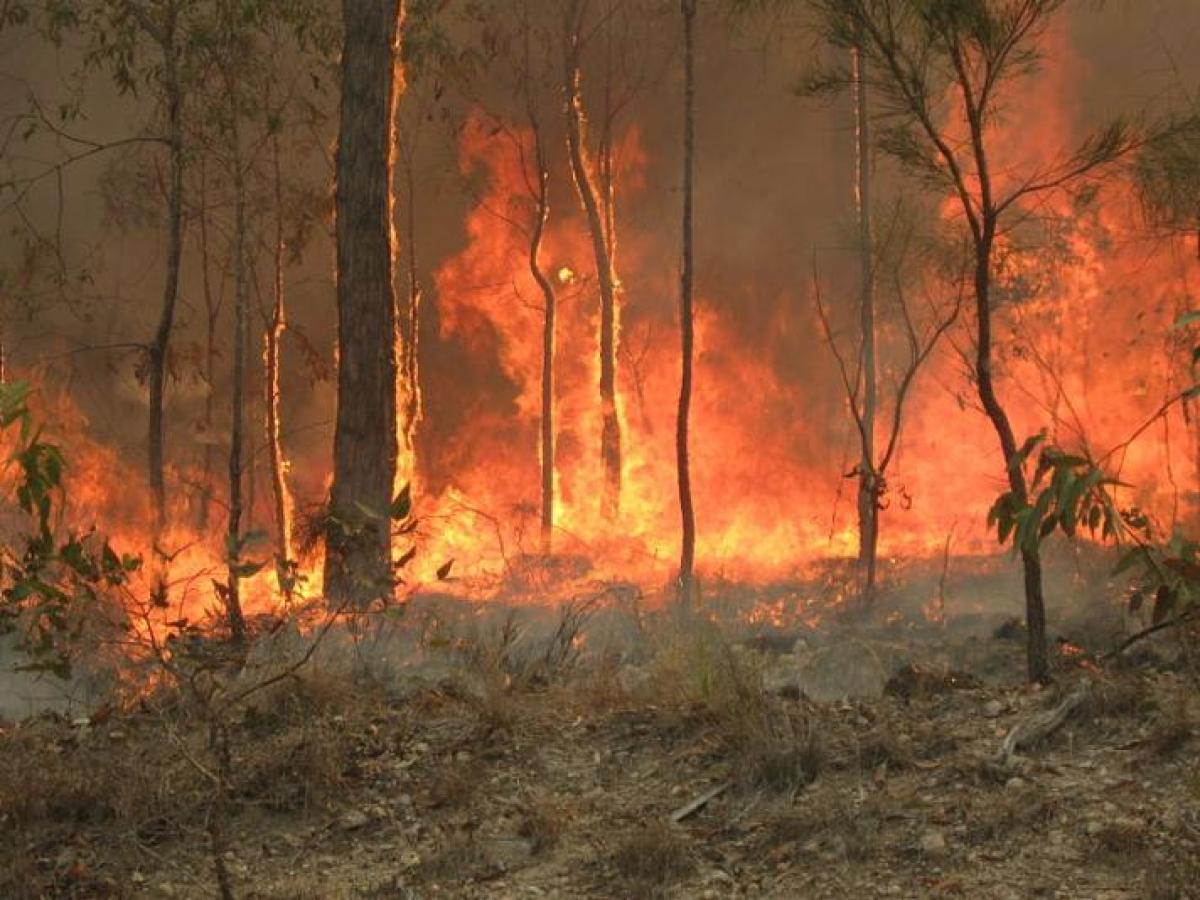 For months, massive swaths of Australia have been on fire, leaving more than 20 people dead, tens of thousands in flight from their homes, 15 million acres burned and millions of animals dead. Shocked by the destruction, the world has turned its eyes Down Under.

With the fires still blazing, the DU Newsroom invited Shannon Murphy, associate professor of biology, to explain the long-term implications for the country’s environment. Philip Tedeschi and Sarah Bexell of the Institute for Human-Animal Connection at DU’s Graduate School of Social Work joined the email conversation to share their insights about the fire’s toll on animals and humans alike.

The fires in Australia are devastating in scale. What long-term ramifications could this have for human society?

Murphy: It’s hard to understand the scale of this disaster right now since it’s still ongoing, but it’s likely we will feel the effects for decades or longer. We don’t know yet how much of the native ecosystems will be lost, since the fire season still has another month to go, but it sounds like a lot of endemic species may have already suffered huge population losses. These are species that are found nowhere else on Earth. For people who value biodiversity, this is a huge tragedy.

Tedeschi/Bexell: Human behavior is causing mass environmental changes, such as climate change, mass extinction, desertification and countless forms of pollution — not just air and water, but also light, noise, soil and more. Due to our inability to address the size of our population and our additions to economic growth, events [like this] will only grow in number and severity.

In addition to grieving the loss of homes and communities, Australians are mourning the dramatic loss of their wildlife. Why is that loss so profound?
Tedeschi/Bexell: Whether humans realize it or not, other species are deeply embedded in our psychology and mental health. We also, thankfully, have strong aversions to suffering. To see the magnitude of animal suffering and death occurring in Australia right now is painful and traumatic. That pain is exacerbated by feelings of helplessness, as many [people] do not have the skills or financial resources to help the animals who survive the fires but are left with injuries and/or trauma. Yes, other species also experience trauma.

Humans evolved living alongside other species, and as we lose them, many of us also experience a devastating loneliness and, of course, despair and loss. There is a known term called “solastalgia” that refers to watching places we love changed, altered or destroyed. This causes a sense of homesickness while still at home or feeling like a stranger in your own land.

Many attribute the cause of the fires to climate change. Is that the case? What could have prevented this?

Murphy: Climate change is known to be altering fire regimes around the world, primarily because droughts are becoming increasingly frequent and intense, and when the landscape dries out, it’s more likely to burn severely. Natural wildfires are a normal part of many ecosystems, including some in Australia. In these ecosystems where fire is an important periodic disturbance, many species are fire-adapted. Indeed, not only are species that live there adapted to survive fire, many even benefit from periodic fires or require fire to reproduce. For example, some tree species require heat for their cones to open and allow seeds to germinate. However, the problem is that fires today are happening more frequently than normal and even fire-adapted species cannot recover when fires happen so quickly in succession. More pertinent to what’s happening in Australia right now is that many fires that we see are much more intense than fires have been historically. Long-term droughts are causing the plants and soil to be much drier than they should be, and so there is a greater fuel load than if there had been normal amounts of rain. This means that fires that would normally have been low-severity fires and may have actually helped the ecosystem are now high-severity fires that are scorching the landscape.

Some reports are saying koalas are effectively extinct, and certainly other animal populations have been significantly harmed. What could it mean to lose a creature so emblematic of their national identity?

Tedeschi/Bexell: We should assume that we will see human depression and deep anxiety about these losses. Often they can be as profound as the losses of human members of our family, in part because these relationships are so reliable and often seen as permanent parts of our lives. This type of serious biodiversity loss is occurring all over the world. [Consider] the U.S. nearly losing bald eagles and China nearly losing giant pandas. These species are emblematic of entire nations, and to lose them would cause sadness and feelings of loss, but perhaps also guilt and shame. The loss of any of these three species would be due to deleterious human behavior, including pesticide use, overdevelopment and climate change. Earth is undergoing [its] sixth mass extinction event, as we know from the fossil record. This current extinction event is caused entirely by the behavior of one species — humans.

Once the fire is out, what happens next? How do the environment and the animal population begin to recover?

Murphy: Recovery can be a very slow process, especially from high-severity fires like we see happening now. When fire-adapted landscapes burn with low-severity fires, recovery starts relatively quickly, with plants re-growing from belowground roots or seeds in the seedbank. However, when fires burn with the severity that we are seeing in Australia, sometimes the heat from the fire kills belowground roots and destroys the seedbank in the soil, which means that recovery depends on recolonization from undisturbed areas. Depending on the extent of the fire, this could take a long time because undisturbed areas may be really far away.

Recovery of animal communities depends on the recovery of the plant community, so [that] may be even more delayed. Lastly, the community may never recover to what it was, and depending on which species arrive, [the communities] may end up very different from the ones we knew.