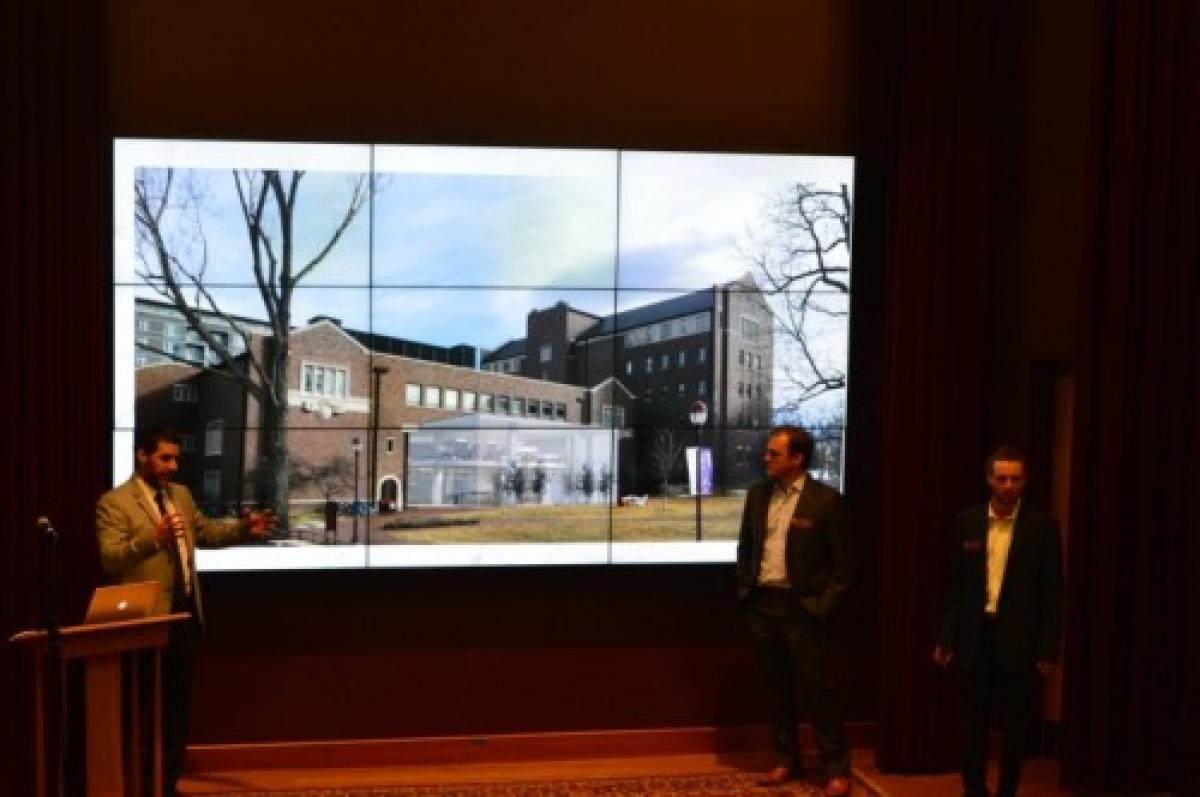 When the late movie actor Gene Wilder sang about a world of pure imagination, it was in reference to the chocolate room in Willy Wonka’s fictional factory. The plans for the “re-imagining” of Marcus Commons, a popular student gathering place in the Daniels College of Business, are equally sweet, as revealed during the Re-Imagine Marcus Commons Competition on Feb. 23 in DU’s Reiman Theater.

Calling it “a unique and utterly essential process for our college,” Daniels Dean Brent Chrite kicked off the competition, noting the relationship among space, engagement and community. “Space matters. We believe our students deserve a world-class physical space in what is our flagship area — Marcus Commons,” he said. “It was a completely intuitive and natural convergence to bring together the energy and insight from students in our REBE program with an incredible array of advisors, external stakeholders, supporters and our faculty, to impact the future of our college and our community.”

Barbara Jackson, director of the Franklin L. Burns School of Real Estate and Construction Management, provided context for the presentations: The student teams were formed in fall 2016; each was paired with a professional construction and architecture firm support team; the student teams conducted extensive interviews with other students, faculty and DU’s facilities department about Marcus Commons; they looked at spaces at other universities and institutions; they spoke with contractors, engineers and interior designers; and each concept had to incorporate the Marion J. Crean Collaboratory — a unique laboratory and collaboration space for Burns School students that is named in honor of former professor Mike Crean’s mother.

“They have been challenged to re-imagine, and that word was quite intentional because it’s very difficult to create new opportunity and innovation when you’re burdened by what has come before,” Jackson said. “You can certainly be informed by it, but I wanted the students to re-imagine what learning and an engagement and collaboration space looks like in the 21st century.”

While glass elements, “living” walls with vegetation and flexible seating that allows for varying configurations are common features of all three concepts, each team put its own spin on the assignment. Team Swinerton’s concept includes a fire pit on the southwest patio, and the team hopes to incorporate sensors throughout Marcus Commons in a later phase to help track usage and other data. Team Fransen Pittman incorporated a slide into its design, to foster fun, creativity and wellness in the space, in addition to serving as a means of reaching the main floor from the second floor. At the heart of Team Mortenson’s concept is the collaborator — “floating” and encased in glass — as well as an amphitheater for lectures and other gatherings. The teams’ designs range in estimated cost from $2.4 million to $6 million. 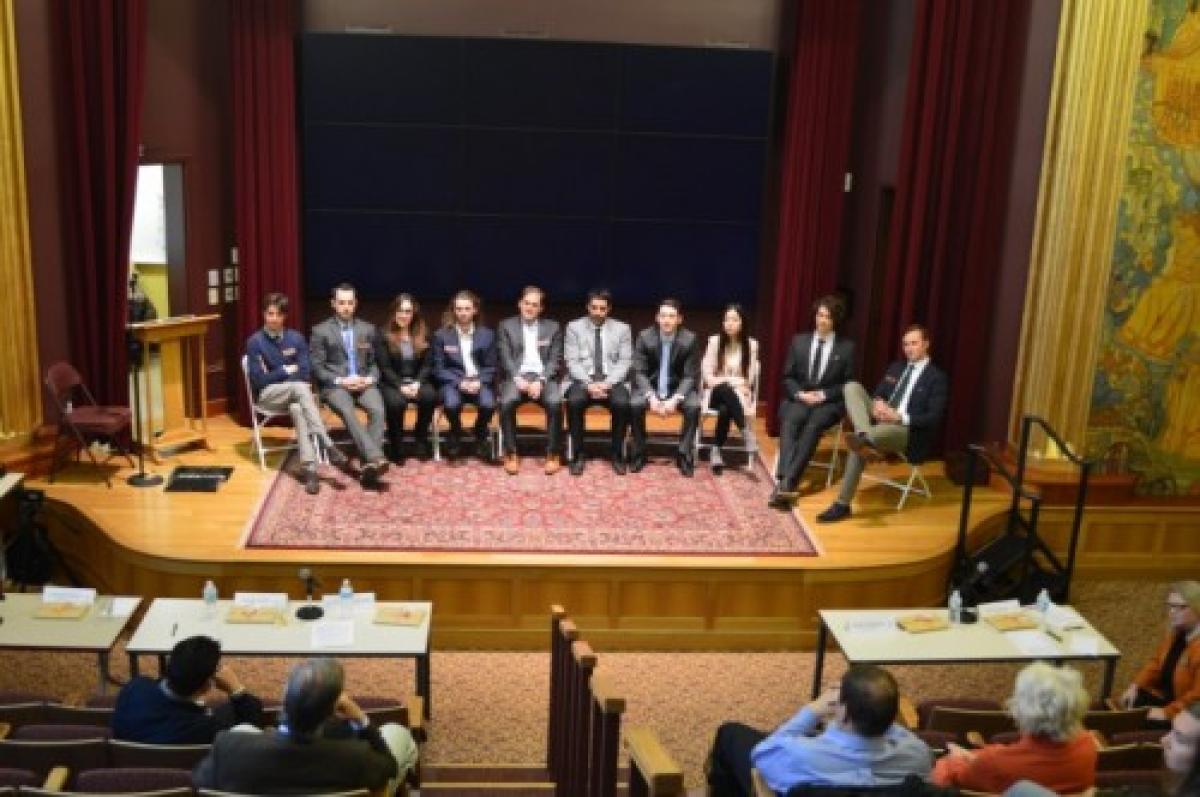 Although only one team came in first place, all the students received invaluable experience, learning how to work with others to tackle a complex project, while gaining new insights about the real estate and construction industry.

“Space and design influence everything that happens in our society,” Jackson said in closing the competition. “A lot of people think of real estate as just selling houses. Do you see how exciting this industry really is? And how influential?”