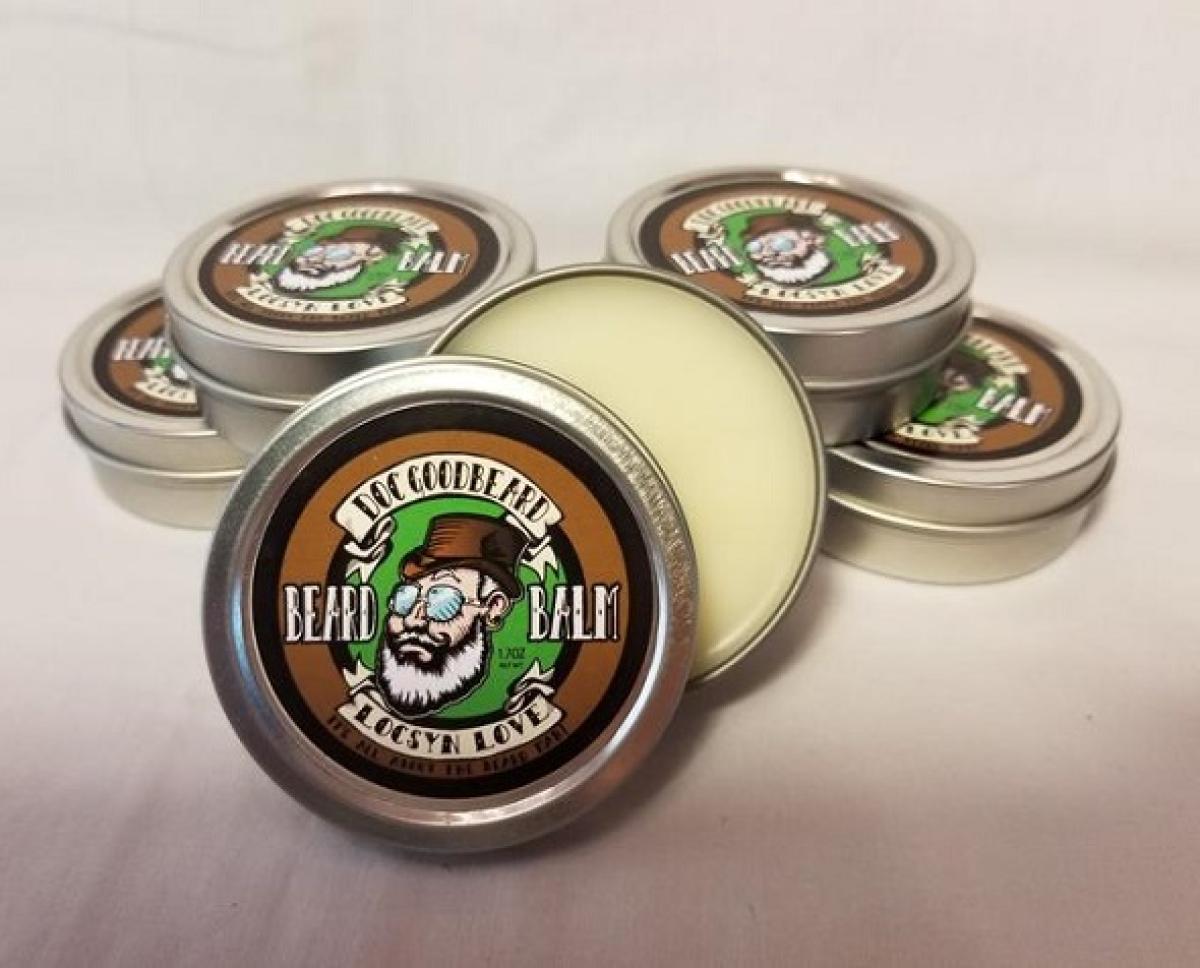 As if Jim Dorkins didn’t stand out enough. Tall, broad and wearing a thick white beard between a leather hat, goggles and vest, Dorkins tends to turn heads with his Santa Claus-meets-steampunk style.

But seated in a classroom of marketing students at the University of Denver’s Daniels College of Business, Dorkins was suddenly a bit more self-conscious.

At age 60, lacking a college education and any sort of business background, he wondered, could he handle this?

“I was really paranoid after the first class,” says Dorkins, whose startup got its legs a few years earlier. “I was a little apprehensive because I wasn't sure if I could keep pace. But the great thing was that the students I was working with were very willing and able to help.”

It turns out Dorkins and his facial hair care company, Doc Goodbeard, were the perfect fit for Rosanna Garcia’s Foundations in Digital Marketing course. In fact, he was exactly the type of person Garcia envisioned partnering with when she revamped the class last year, lending it a more hands-on, experiential bent.

Over 10 weeks, students join forces with a local startup — preferably one owned by veterans or people with low incomes. Together, students and owners assess the company’s needs and improve its reach, be it through a website redesign, Facebook ads or email digital marketing.

“I see young companies as they're struggling,” says Garcia, who joined DU last year as its Walter Koch Endowed Chair of Entrepreneurship and a professor of marketing. “They're resource-limited; they may not have any kind of marketing experience. I know they'll get a lot from our students, and I know our students will get a lot from them. It's a really nice match.”

Dorkins created Doc Goodbeard in 2016. After a 40-year career as a diesel truck and trailer mechanic, an injury forced the Air Force vet out of his dream job and into the unemployment line. In his mid-50s and struggling to land a position, he decided to go into business for himself.

Brainstorming sessions with his son helped Dorkins stumble upon something else he had always been passionate about — from his first chin strap at age 22 to the comprehensive covering that kept him warm during the mechanic’s winter road calls.

“I love my beard,” he says. “I really do.” But working in a hot, dirty shop all summer made it hard to maintain.

Dorkins had never heard of beard balm until his son suggested he make his own. And so, without any previous experience, Dorkins endeavored to create his own line of products to moisturize and restore skin and hair, while helping the beard grow.

Now his catalog features 10 beard balms, nine of which are scented (with fragrances that range from “new gloves” to “green tea tree” to “lavender and lace”), and five complementary oils.

Grants from the State Department of Vocational Rehab and resources from the ZONE Business Connection Center in Denver got Doc Goodbeard off the ground. It turns out one of the ZONE connections was to Garcia and her digital marketing class, and she was happy to have Dorkins on board.

“Doc is not typical,” Garcia says, referring to Dorkins by his adopted nickname. “He’s more mature. He’s got a few years behind him. His personality is definitely part of his brand, which makes him very different from a lot of the other companies that we work with. He’s a very jovial person, but he’s also very focused. He knows what he wants to accomplish, and that’s very impressive.”

With help from the digital marketing class, Dorkins wanted to improve his clunky website. The students on his team, Max Cowles and Samuel Pierce, got to work immediately, switching his platform, reformatting his message and improving the user experience. When Dorkins put in the time to attend every class (entrepreneurs are required to attend three per quarter), the students responded by putting in hours of outside work. When Dorkins (admittedly technologically challenged) asked for more basic explanations, Garcia and the students, he says, were patient with him.

“The atmosphere was very welcoming, and I really enjoyed the experience,” Dorkins says. “Even though I know I've got a lot left to learn, I learned an awful lot in that class and I’m thankful I got the opportunity.”

With an improved website, Dorkins’ next objective is expanding his company’s footprint outside the Denver metro area. Eventually, he wants to sell grooming tools as well, with the ultimate goal of creating a brick-and-mortar business for men’s hair care. Changing careers, he says, has been more rewarding than expected.

“I loved being a mechanic,” he says. “But when I decided to start doing beard care products as a business, I put the same passion into it. I’m having a helluva lot of fun.”

So are the students, Garcia says. Most leave her course ready to secure internships in digital marketing, bolstered by the experience of working with real-world clients, regardless of how successful they are. Supposed “failures” are just learning opportunities, she says, and there’s plenty to learn when working with people like Dorkins.

“The dedication that Doc shows to his company is a real lesson on grit, determination and making things happen,” she says. “Things don't always come easily, but Doc really just sticks in there and keeps with it, and he’s having success. If my students have a small part in [his success], I think that's a great contribution that we can give from the University to startups.”