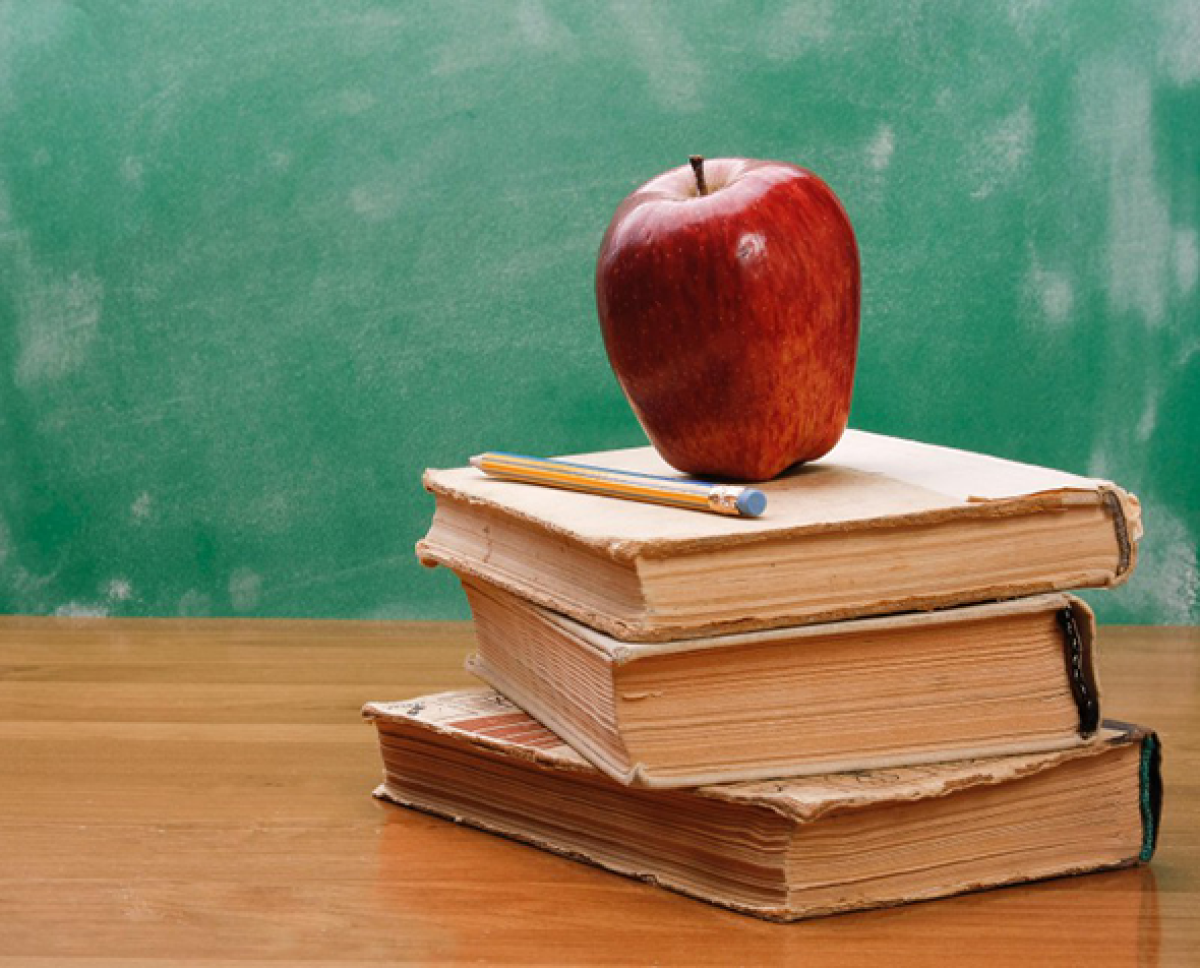 Over the last two decades, public schools have emerged as centers of controversy, where proponents and opponents of various reform initiatives spar over how best to educate students for the 21st century.

In her new book, “This Is Our School!: Race and Community Resistance to School Reform” (New York University Press, 2021), Hava Rachel Gordon, an associate professor of sociology, examines the various groups vying for power in the landscape of educational justice. In particular, she trains her lens on the Mile High City, which has emerged as a high-profile hotbed of reform efforts and community pushback.

Gordon fielded some emailed questions from the DU Newsroom about Denver’s example. 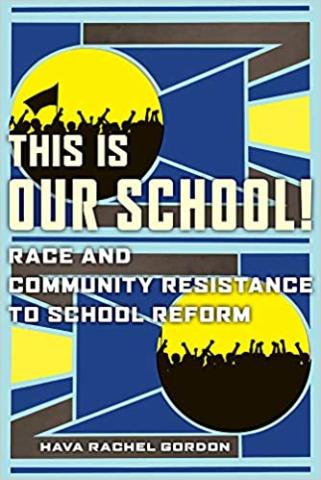 Denver is an interesting case study for understanding school reform and community pushback in part because Denver was the first school district outside of the South to undergo court-ordered desegregation through forced busing. In 1973’s Keyes vs. School District 1, the Supreme Court found that Denver’s district offered a separate and unequal education based on race. Busing only lasted a short time before being dismantled, so Denver has a unique history of racial inequity in education.

In the wake of the Supreme Court ruling, many white families left the city for the suburbs. Subsequent reforms have been part of a larger attempt to woo affluent families back to the city’s school system. The fact that Denver is a rapidly gentrifying city is critical for understanding the last 20 years of school reform, as education reform has been a crucial piece of Denver’s attempt to turn over neighborhoods to affluent newcomers, which has fueled its crisis of affordability.

Denver is also a compelling example because it has a distinct social movement history that has fortified some of the community pushback against elites’ visions for reform. Finally, Colorado’s Taxpayer Bill of Rights (TABOR) law has constrained state funding, so reform experimentation has taken hold largely within the constraints of meager funding for public education. All of this makes Denver a perfect case study for understanding the potential of community organizing to interrupt and redirect radical elite-driven reform.

What do proponents of school reform, catalyzed by the No Child Left Behind Act of 2001, hope to address?

In essence, reform advocates argue that the public school system should spur market innovation and competition, which, in theory, will produce new models of successful schools. Just as important, they believe that education professionals and/or low-income communities should not be the driving force behind reforms. Rather, innovators in the private sector might be better positioned to launch innovations that will end up equalizing educational outcomes for disadvantaged students of color.

How has school reform affected Denver’s communities of color? 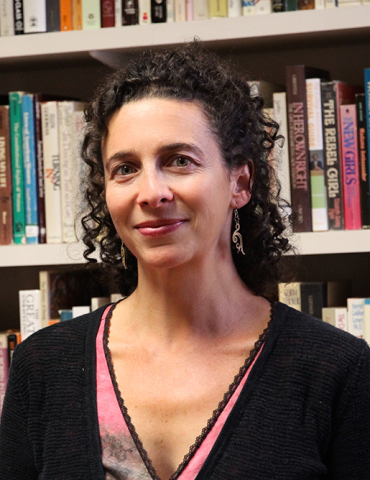 While choice and innovation sound good, communities of color have suffered the brunt of experimental school reform and neighborhood school closures. There is no clear evidence that two decades of experimental reform have unequivocally benefited low-income students of color. While reform advocates might point to an increase in graduation rates for students of color, Denver also has one of the country’s largest racial and socioeconomic gaps in academic achievement. So, in many ways, reform has benefited those who already had educational advantages and has left communities of color behind. School choice has enabled new families to settle in low-income neighborhoods without having to send their kids to the local under-resourced neighborhood school. And when advantaged families do commit their resources and energies to the local school, they can create a buzz that draws even more affluent families to the neighborhood. Both school choice policies and the choices made by individual affluent families can accelerate gentrification and contribute to increasing housing prices and rents in a neighborhood.

The rise of charter schools also has affected communities of color. Unlike traditional neighborhood public schools, charter schools do not need to accept every kid in the neighborhood, so they tend to be more selective and to have informal mechanisms to push out underperforming kids, who are disproportionately poor and of color. English language learners and students with special needs often cannot find proper supports in smaller charter schools. High-stakes testing correlates with family wealth, so testing usually disadvantages students with the least resources. When neighborhood schools close, it is underserved neighborhoods that are left without a school. Without guaranteed transportation, many families cannot realistically “choose” any school, so in most cases kids whose schools are shuttered because they underperform end up “choicing” into other low-performing schools. Finally, Denver’s choice system is not entirely free; it still protects neighborhood advantage and property values. Most high-performing schools in the public system are still reserved for the affluent kids living near those schools.

What have been the most effective ways of resisting school reform?

Community organizing can accomplish a lot. A handful of social justice nonprofits have challenged reformers to include measures of human security in school reform — things like regional transportation to realize the promise of school choice; healthy food and mental and physical health supports in schools; and an end to racially biased suspensions and expulsions that deny students of color their educations.

I think reformers have been dismayed that community organizing has centered around access to neighborhood schools instead of better “choices” elsewhere. Affluent and disadvantaged residents alike just want quality schools in their neighborhoods. This shared goal holds the potential for neighborhoods to organize for quality schooling where they live. Teachers across the United States have also organized against some of the anti-union elements of reform that have impacted teachers’ working conditions. In Denver, union pushback has been potent, even if recent. Their organizing has been critical to keeping teachers from leaving the DPS system.

What would you like readers to take away from your book?

The book is really about what movements win when they take on reform, and what they fail to win because they have not found ways to build broad and diverse coalitions. Community organizing can help communities reclaim public institutions, but the movement landscape in Denver is fractured along racial and class lines, and also between formal nonprofit organizations and informal neighborhood mobilizations. That means reformers still hold an edge, even though so many reforms have failed and the reform movement itself is starting to unravel and lose its legitimacy.

Most people don’t realize how broad and diverse opposition to school reform is, since the battles are so localized. But because movements have not been able to join forces, their wins are limited. Low-income communities of color have paid the biggest price, having seen their schools and their neighborhood institutions repurposed by affluent newcomers. Although racial justice advocates have won a lot by challenging reformers on their visions for redesigning public education, they have not been able to stall reform and the accompanying displacement of communities that are being priced out of Denver. I believe that as Denver’s affordability crisis deepens, social justice movements will begin to take this on as a central educational justice issue.