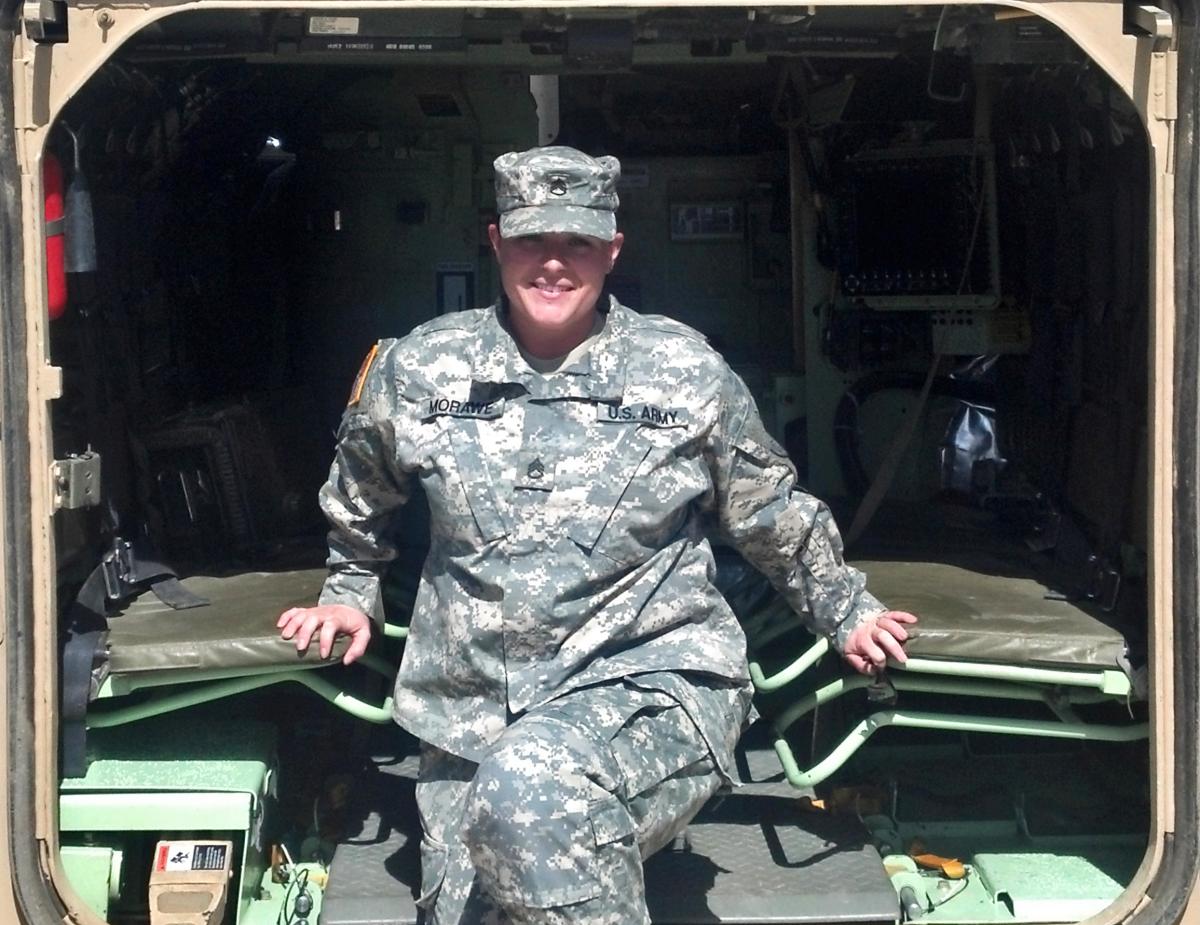 This summer, Karlyne Morawe will embark on her second professional journey in life, although she already has experienced more than most people will in a lifetime. Morawe will graduate with a doctor of psychology degree from the Graduate School of Professional Psychology (GSPP) at the University of Denver. It’s a journey that began when she was just a little girl.

Morawe grew up in a military family. Her father was in the Army, and her older brother would go on to serve in the Army as well. She remembers seeing, as a 5-year- old, her father walk into the room wearing his uniform. “I just looked up at him with such adoration and such respect, and I knew that’s what I wanted to do. I knew I was going to be in the Army.”

Morawe could hardly wait for that opportunity. She graduated from high school at the age of 16, and four days before her 17th birthday, her father signed papers allowing her to enlist in the Army. After basic training in South Carolina and advanced individual training in Texas to learn how to be a surgical assistant, Morawe was stationed in Hawaii for the final phase of her training. She was days away from completing the program when the Sept. 11 attacks occurred.

“Being in the military at that time, there’s an excitement because I get to go do something, and I get to be a part of something bigger than me,” she says. “There was a lot of excitement at that time, but there was also a lot of fear, because we didn’t know what the future was going to look like.”

For the next four years, Morawe was part of the reserves before enlisting for active duty in 2005. She was stationed at Fort Carson in Colorado and worked in a combat support hospital on base before she received orders for Germany.

After that, between 2010 and 2014, Morawe served three tours of duty in Afghanistan — and there’s not much that she didn’t experience. She was stationed with an infantry striker unit that was constantly under attack and that averaged two mass casualty incidents a week. She served as a dismount medic for a convoy security team and experienced a collision with an IED. She was assigned to escort a sexual assault victim into rough territory for a court martial hearing. And, she worked in a southern Afghanistan tactical command center, assisting with the shutdown of American bases.

Along the way, she completed her undergraduate degree in psychology. “It was the hardest thing I’ve ever done,” Morawe says of the 14 years it took to complete her coursework.

Three days after redeploying from Afghanistan back to the United States, Morawe took her GRE for graduate school. Because of her combat schedule, she had missed the application deadline for graduate schools, but she says the University of Denver was willing to be flexible.

“Other schools stuck to their strict deadline,” she says. “The support and understanding at DU made me understand that this was a good program and where I wanted to be.”

The past five years have been a whirlwind. During the first quarter of her first year in the GSPP program, Morawe gave birth to a daughter, who has become her driving force and motivation. “The day she was born was the day my option for failure dissipated,” she says. “My goal at that point forward was to make a life for her and [me]. Everything that I do, I do it with her in mind.”

During her second year in the program, Morawe met Katy Barrs, who was in the process of launching the Sturm Center — an off-campus community clinic providing behavioral and mental health services to veterans and their families. The relationship she built with Barrs helped shape her career path.

“Dr. Barrs taught me so much about what it means to be a clinician in service of veterans and service members,” she says. “I had this erroneous thought that no civilian could ever understand me. Dr. Barrs showed me that you don’t have to have the same experience in order to understand the veterans’ experience.”

Morawe spent the next two years helping establish the Sturm Center and provide clinical support to its clients. She says many veterans and their families would come looking for help because they didn’t fully trust the Veterans Administration or the military.

“Many of my patients would have never sought out treatment had it not been for the Sturm Center,” she says. “It was a great opportunity for me to have that experience so early in my career, and it pushed me toward work in military psychology because this is my passion.”

“It has been such an honor to witness Karlyne’s personal and professional growth. She is a strong and clear example of resiliency," Barrs says. "She has channeled her own military experiences in a way that will positively contribute to the veteran and military community for many years.”

Morawe has spent the past year in Boise, Idaho, with her now 4-year-old daughter, Kinley. She received a highly coveted internship with a VA hospital, where she specialized in PTSD treatment. She also recently received a postdoc position to continue her research after she graduates from DU this summer.

Morawe knows firsthand what PTSD can look like and how it can affect every aspect of a person’s life. She has seen it with friends; she has seen it in her family — and it’s something she has experienced herself. She feels her next mission in life is to help those who are suffering.

“I know how important it is to have the space to process experiences, and I want to be able to provide that space for other veterans,” Morawe says. “To give back to these people who had my six and kept me alive and supported me — I think is a real honor.” 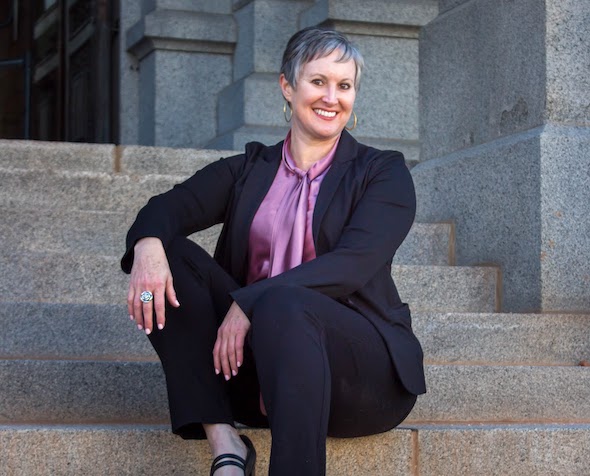 A Whirlwind Final Quarter: From the Front Lines of Covid-19 to Advocating for Essential Workers 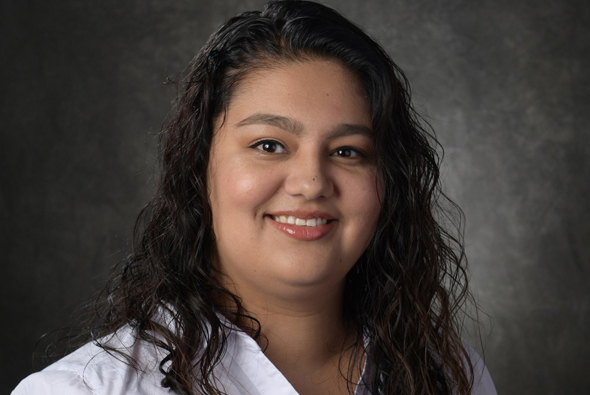 With a Counseling Career Ahead of Her, Patricia Garcia Aims to Cultivate Understanding 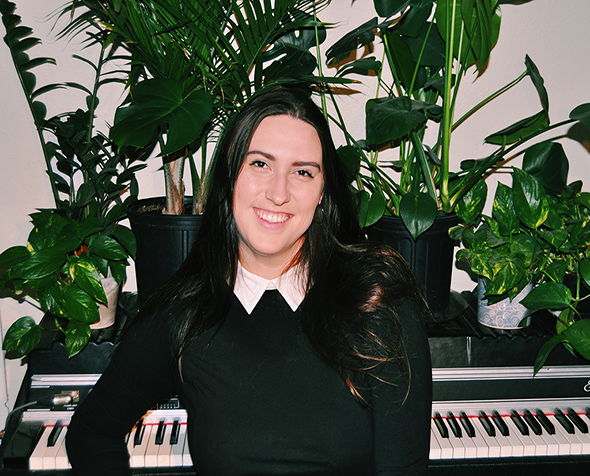