Ninth championship ties Michigan for the most in college hockey 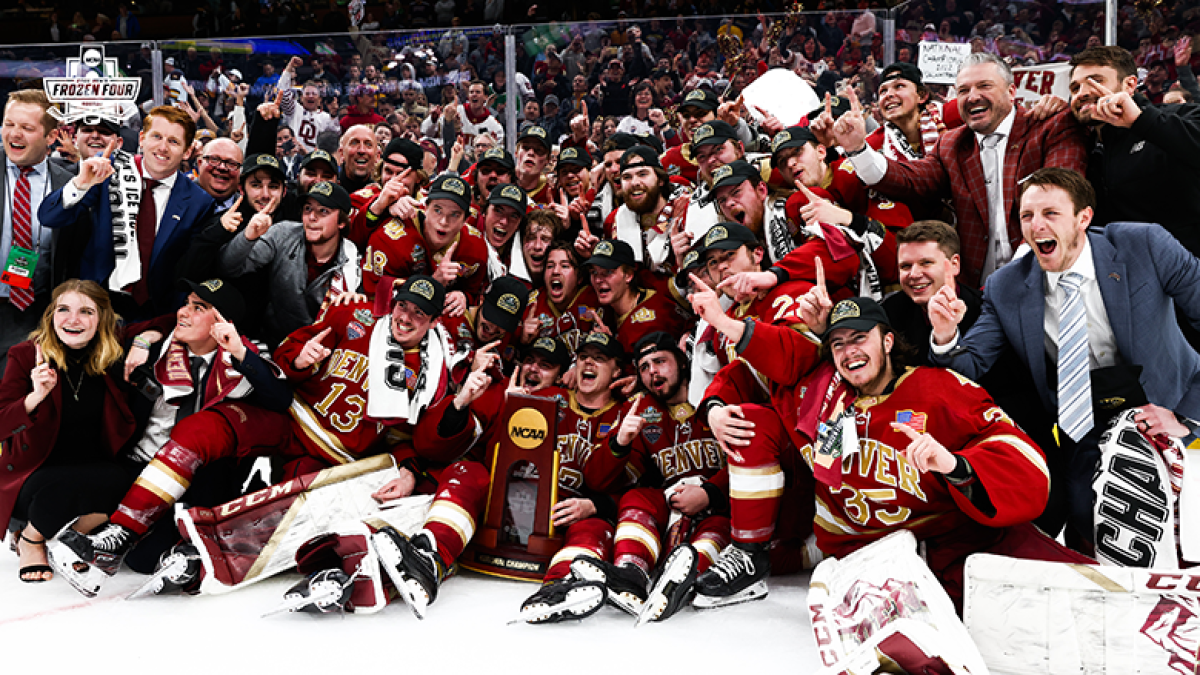 Only two nights after eliminating Michigan from the Frozen Four, the University of Denver Pioneers joined the Wolverines as the only schools to win nine national championships. DU defeated Minnesota State 5-1 on Saturday night in Boston, Mass.

The two universities could not be bigger opposites when it comes to their previous hockey success. For the Pioneers, this was their 18th appearance in the Frozen Four, compared to only the second appearance for the Mavericks. However, it was Minnesota State that looked like the more experienced team as they controlled the early stages of the game.

The Mavericks kicked off the game’s scoring when Colorado native Sam Morton found the back of the net with 6:01 left in the first period. The Pioneers struggled to find scoring opportunities throughout the first 40 minutes as they were outshot 18-8. DU goalie Magnus Chrona was the reason why DU stayed in the game as the offense struggled to get going.

“Magnus made save after save there in big moments and that gave the guys life,” David Carle, the Richard and Kitzia Goodman Head Coach said following the game.” He showed that he’s putting everything out on the line for us and we need to up our game.”

The third period was when the flood gates opened for the Pioneers. At the 15:14 mark of the period, senior Ryan Barrow hit a rebound through the legs of Hobey Baker Award winner Dryden McKay. Less than three minutes later, as Minnesota State returned to full strength after a penalty, DU defenseman Mike Benning hit a one-timer to give Denver a lead they would never relinquish.

“We are battle-tested,” Barrow said. “We have been through a lot of games and scenarios this year and we’ve come out on top. I think we have that experience and that’s how we were able to turn the tide in the third.”

Freshman Massimo Rizzo would add a third goal with 6:26 remaining in the game, and Brett Stapley and Cameron Wright had empty-netters to seal the victory for the Pioneers.

“I can’t really put it into words; I am so proud of this group,” said Barrow, who set a DU record by playing in his 168th game. “You come to Denver to win national championships. I came here the year after they won it (in 2017) and it took five years, but we are here now.”

Carle is the youngest head coach to win a national championship since 1963 and the fourth youngest ever.

“I am so proud of what our team was able to accomplish this year,” he said. “I owe a lot of what I have in my life to the university. This program is very special; it means the world to me. We are all so proud to be Denver Pioneers today.”

The University of Denver will hold a national championship celebration in Magness Arena on Tuesday at 6 p.m.