Open letter stands in support of the Paris Agreement

The University of Denver has signed a commitment to the international community to endorse actions being taken at local and state levels to address climate change in support of the Paris Agreement.

The open letter — titled “We Are Still In” — calls upon mayors, governors, college and university leaders, investors and businesses to join together in support of climate action to meet the Paris Agreement.

“The University of Denver is committed to addressing the threats of climate change so that future generations have access to the same opportunities as past generations,” says Chancellor Rebecca Chopp. “We believe in the years ahead, the nation’s economy will shift to greener energy solutions — and we want to prepare students for the industries and careers of the future. Through faculty research, student learning and our own actions here on campus, we can make a difference.”

Chopp’s decision to sign this initiative aligns with the University’s strategic plan to create a sustainable future and its commitment to being carbon neutral by 2050. DU’s Center for Sustainability works hard to incorporate sustainability practices that help maintain a healthy ecosystem on our campus and in our community.

Second Nature, which is promoting the joint letter, works with more than 4,000 faculty and administrators at colleges and universities to help make the principles of sustainability fundamental to every aspect of higher education.

Here is the complete text of the letter:

We Are Still In

Open letter to the international community and parties to the Paris Agreement from U.S. state, local, and business leaders 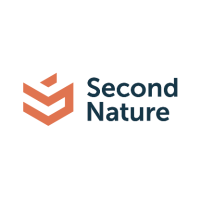 We, the undersigned mayors, governors, college and university leaders, investors and businesses are joining forces for the first time to declare that we will continue to support climate action to meet the Paris Agreement.

In December 2015 in Paris, world leaders signed the first global commitment to fight climate change. The landmark agreement succeeded where past attempts failed because it allowed each country to set its own emission reduction targets and adopt its own strategies for reaching them. In addition, nations — inspired by the actions of local and regional governments, along with businesses — came to recognize that fighting climate change brings significant economic and public health benefits.

The Trump administration’s announcement undermines a key pillar in the fight against climate change and damages the world’s ability to avoid the most dangerous and costly effects of climate change. Importantly, it is also out of step with what is happening in the United States.

In the U.S., it is local and state governments, along with businesses, that are primarily responsible for the dramatic decrease in greenhouse gas emissions in recent years. Actions by each group will multiply and accelerate in the years ahead, no matter what policies Washington may adopt.

In the absence of leadership from Washington, states, cities, colleges and universities and businesses representing a sizeable percentage of the U.S. economy will pursue ambitious climate goals, working together to take forceful action and to ensure that the U.S. remains a global leader in reducing emissions.

It is imperative that the world know that in the U.S., the actors that will provide the leadership necessary to meet our Paris commitment are found in city halls, state capitals, colleges and universities, investors and businesses. Together, we will remain actively engaged with the international community as part of the global effort to hold warming to well below 2°C and to accelerate the transition to a clean energy economy that will benefit our security, prosperity, and health.