Veterans and Military Resources Office Continues to Grow and Evolve 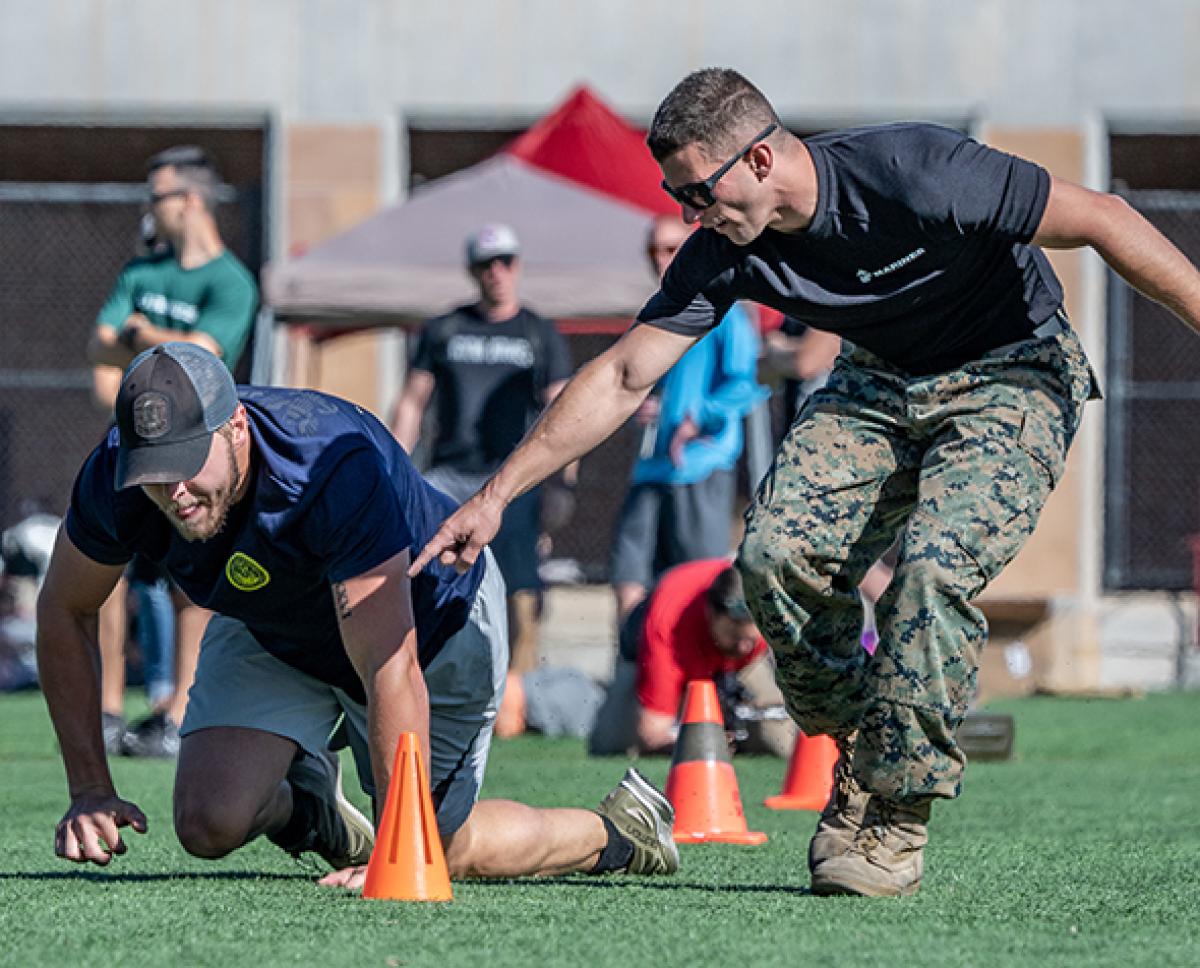 In this 2019 file photo, two people compete in a portion of the Hero Games competition.

Nestled in the Community Commons is an island of familiarity for student veterans. Former service members can come by the Veterans and Military Resources office for coffee or tea and a chat with fellow student vets—and they can receive help navigating the complicated world of the GI Bill and Yellow Ribbon Program, which fund veterans’ education.

It’s also become a refuge of sorts for those making the transition to civilian life. As the office’s educational assistance program has grown and evolved, its community resources and outreach have expanded as well.

For Damon Vine, director of the Veterans and Military Resources office, the lounge is at the center of a holistic approach to supporting the more than 400 students utilizing either the GI Bill or Yellow Ribbon Program.

“The goal of this place is to have every veteran, dependent GI bill user, active-duty service member, or military-affiliated dependent come here and find the resources they need,” Vine says. To reflect that goal, he adds, they changed their name last year from Veterans Services to Veterans and Military Resources.

Since 2015, the number of veterans at the University has grown by more than 150. Publications that cover college rankings have taken notice—in 2022, DU was ranked 153rd in the U.S. News and World Report’s Best Colleges for Veterans and earned a spot on the Military Times’ Best for Vets list. But most importantly for veterans, more units around DU can be funded by the Yellow Ribbon Program, which makes studying at prestigious and expensive institutions more obtainable for veterans, sometimes covering the entire cost of education.

In recognition of Military Awareness Month, which runs from Oct. 9 through Nov. 5, the Veterans and Military Resources office has scheduled several events on campus.

On Oct. 20, there’s an Ask a Veteran Anything panel in the Community Commons, which will give DU community members a chance to interact with student veterans and ask any questions they might have about their experiences. Snacks will be provided from noon to 1 p.m., followed by an open-air forum for questions.

The festivities will be capped by DU veterans hockey night on Nov. 5, including a reception for veterans at the Burwell Center at 4 p.m. before the game against St. Cloud State at 6 p.m. A DU alum will drop the ceremonial puck, and additional patriotic programming will be featured during the game.

Heading into the holidays, Veterans and Military Services will partner with the Bill Daniels Veterans Services Center in Denver for a coat drive for homeless veterans.

Vine credited his student-veteran employees, Jason Tipler and Sammy Ortiz, saying both are integral to the office’s work.

For Tipler, who is the president of SVA and did a large amount of work organizing events for Veterans Awareness Month, the job is a chance to build friendships and give back.

“You’re so used to responsibility in the military and you lose that,” Tipler says “You lose that and the camaraderie. Luckily, I got hired on here so I can get some of that back and help other people who are coming through here. We speak the same language and understand the same challenges.”