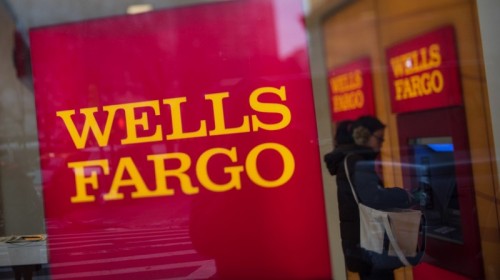 Last week, federal regulators announced that Wells Fargo had fired 5,300 employees for opening fake accounts under the names of actual customers without their knowledge. In all, more than 2 million fake bank and credit card accounts have been opened since 2011, all in an effort to increase sales performance and incentive bonuses for employees.

The announcement, which Wells Fargo confirmed, comes at a time when the business dealings of financial institutions are being closely watched by regulators and consumer watchdog groups.

As a result of the scandal, Wells Fargo has agreed to pay the Consumer Financial Protection Bureau

$185 million in fines, plus an additional $5 million in refunds to customers. But for a company valued at $250 billion, is the fine enough, and is additional regulation needed to ensure that this type of practice doesn’t continue in the future?

Mac Clouse, professor of finance in the Daniels College of Business, says the issue is not regulation, but stricter enforcement of banking regulations that are already in place.

“We don’t need more regulation, just better enforcement of the regulation that exists,” Clouse says. “We do need enforcement that would include jail time.”

There are people who will find creative ways to cheat the system for their own personal gain; it may be more common than we want to admit. Prof. Mac Clouse, Daniels College of Business

Clouse adds that while the fine is large, it falls short of the type of punishment that should be levied for the crime. And while the employees who opened the fraudulent accounts are at fault, there is plenty more blame to go around.

“Fining the bank and firing the employees is not enough punishment for what can be considered criminal theft. The supervisors had to be involved; they were putting pressure on the employees and seeing the results,” Clouse says.

The banking industry as a whole has seen stricter regulations put in place over the past few years. But regulation without enforcement leaves room for shady practices that can go unnoticed and cost consumers millions. In the case of Wells Fargo, Clouse says, bank examiners and auditors, both internal and external, should have questioned some of the growth in accounts and types of accounts.

“Unfortunately,” Clouse says, “there are people who will find creative ways to cheat the system for their own personal gain; it may be more common than we want to admit. That is why a strong control system is necessary, with serious criminal penalties for offenders.”

Without proper regulation enforcement, what can consumers do to protect themselves? For one, says Clouse, consumers need to become more educated about managing their financial activities. They need to verify their monthly bank statements just as they would verify the monthly utility bill, the monthly credit card bill and all other financial transactions.

For those consumers worried that their accounts aren’t safe with the “big” banks, Clouse cautions that smaller, local banks aren’t exempt from problems either. Smaller financial institutions may not have the same sophisticated security systems that bigger banks tend to have. The important thing is to keep a watchful eye on one’s finances.

“Smaller doesn’t necessarily mean safer,” Clouse says. “It doesn’t matter if your bank is large or small; it is your own responsibility to know what is going on with your accounts.”