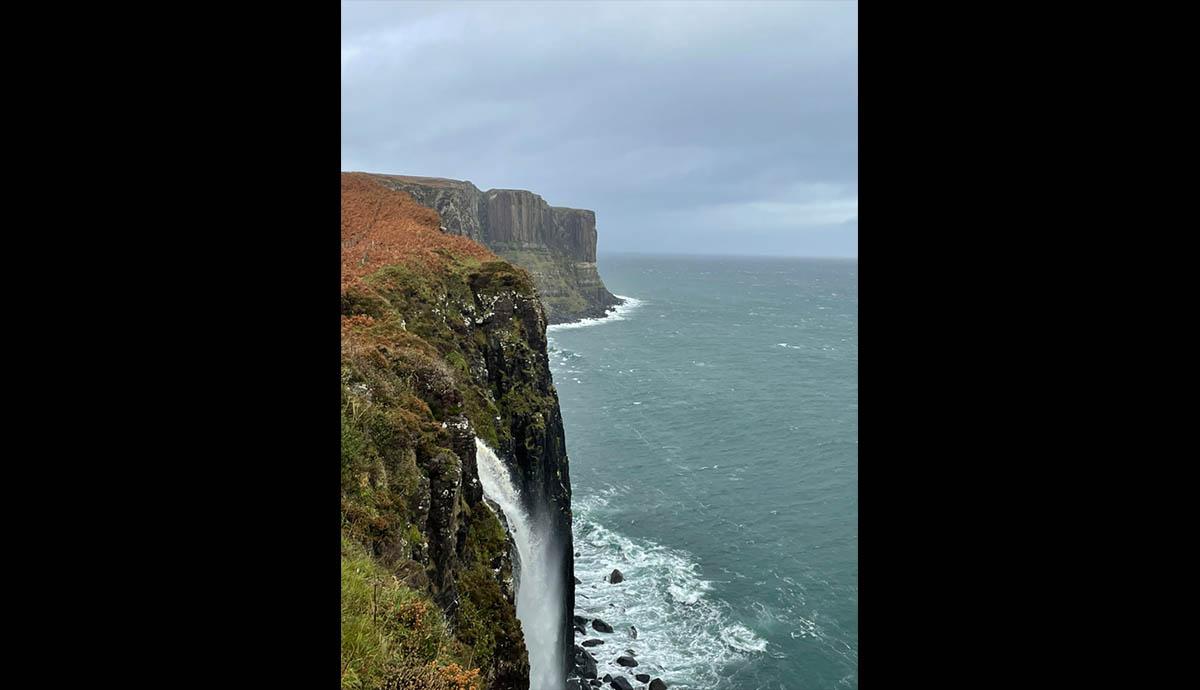 From R.J. Cox’s view in Scotland, he’s on top of the world. Yet as Cox gazed upon a seaside waterfall on the Isle of Skye, the Colorado native - no stranger to mountaintop moments - felt small.

The senior biology major is among nearly 460 DU students studying abroad this fall term. And while global learning experiences are unique, they are the status quo for DU students, often earning the University national recognition.

For over 16 consecutive years, the University of Denver has been among the top 10 doctoral-granting institutions for undergraduate participation in international and study abroad education.

“In a year severely impacted by the pandemic, where overall U.S. study abroad participation fell by over 53%, the University of Denver has continued to remain a leader,” says Uttiyo Raychaudhuri, vice provost for Internationalization.

Global education is entwined in the 4D experience. And in 2019-20, the year examined in the report, 73% of students who graduated had participated in international education.

Thousands of miles from Denver, Cox made new friends, including fellow DU students taking classes at the University of Glasgow.

“We’re all down to explore the city together. It makes the new home feel a bit more homey,” he says.

During the day, Cox learns about contemporary issues in biology. But when class ends, the biggest lesson begins. With the world as his teacher, he learns to navigate life on his own.

“People say the world’s small. The world is huge after this,” he says.

In the bustling city of Prague, Alisa Sautter is comfortably navigating her new home of 1.3 million people.

With Google Maps in hand, she is certain of three things: the 207 to Ohrada, Tram 5 and Tram 9, will take her back to her apartment.

The international business major loves traveling – a motivating factor to study at the University of Economics, Prague. On her days off, she is on the move. With the Czech Republic in central Europe, the opportunities for travel are plentiful. So far, she has been to Germany, Poland, Greece, Austria, Sweden, Denmark and Slovakia.

“There’s so much more outside of school that I think is worth experiencing,” Sautter says. “We’re young. We’ll never have another chance to live abroad for a short period of time.”

The Institute of International Education ­­strives to advance scholarship, build economies and promote access to opportunity. At DU, accessibility is key to the Office of International Education’s (OIE) success. Through the Cherrington Global Scholars initiative, eligible students take courses abroad at a cost comparable to staying on the DU campus.

And when the world needed global learning the most, it paused. The ongoing pandemic has ushered in a renewed sense of global responsibility and push for international education.

“Our world needs to work together, through differences, to find solutions to difficult problems,” Volden says.

From Denver and beyond, international education isn’t only an academic pursuit; it’s also a window to the world.