Youth Not Preventing the Pioneers From Setting Sights on Another Championship

NCAA Hockey Tournament begins Friday for the University of Denver 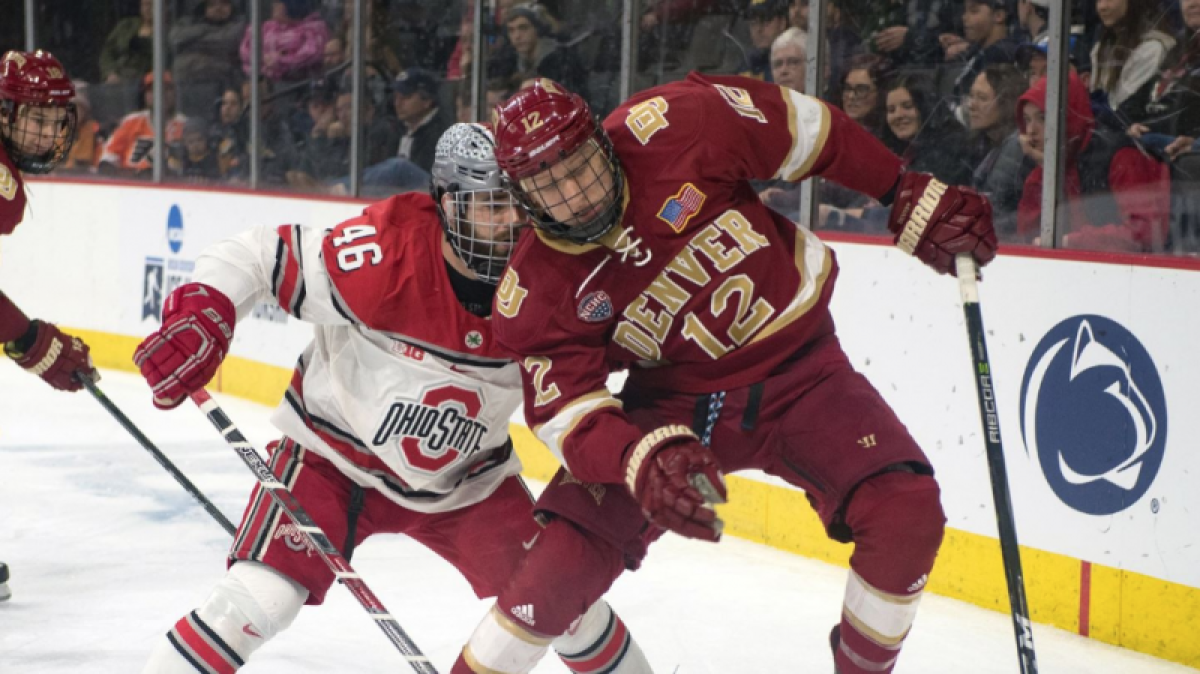 It would be easy right now for the DU hockey team to be talking about another 20-win season, or perhaps its streak of 12 consecutive NCAA tournament appearances, or even the team’s two goalies who are top-10 in the country in save percentage. These are all great narratives that could take attention away from what everyone is actually talking about: the fact that the Pioneers enter Friday’s tournament with college hockey’s youngest coach and a roster featuring the most freshmen and sophomores and fewest seniors of any team remaining in the post season.

“There are 16 teams left that are all really good, and they don’t care at all about our age or our youth or how many freshmen we have,” says David Carle, the Richard and Kitzia Goodman Head Coach. “You have to try to be the best team every night to move on in this tournament.”

Being the best starts with the team’s upperclassmen and the leaders in the locker room.

“I’m trying to do whatever it takes to show the younger guys that it is do or die time and teach them the mistakes that I learned as a freshman and sophomore,” says forward Jarid Lukosevicius.

As a senior, Lukosevicius is one of the few student-athletes left on the team from the 2016-17 National Championship season. His three goals against Minnesota-Duluth were all the Pioneers needed to win the championship. He now enters the postseason as college hockey’s leading scorer in the tournament among active players.

“I personally live for this stuff, and I know a lot of the other guys do too,” he says. “I just try to compete as hard as I can because I do not like to lose.”

When the puck drops Friday afternoon in Fargo, North Dakota, the Pioneers will have the opportunity to avenge last year’s loss to the Ohio State Buckeyes in the second round of the NCAA tournament.

“We have not forgotten about that,” says forward Liam Finlay, who leads DU with 35 points this season. “All of our upperclassmen are still bitter about last year, and that’s going to influence the game a lot.”

While the Pioneers enter the tournament as the youngest team, Ohio State returns with a lineup of primarily upperclassmen. In the end, Carle says, none of that matters as long as they stick to their process.

“We’ve proven this year that we can play with anyone in the country,” Carle says. “We are a dangerous team when we are on our toes and playing aggressive. If we play to our strengths, I think we can go all the way.”

The winner of Ohio State vs. Denver will play the winner of American International vs. St. Cloud State on Saturday, March 30. Saturday's winner will advance to the NCAA Frozen Four on April 11. You can watch this weekend's games on ESPNU or listen to the action on ESPN Denver 1600.