Learn from your colleagues in morning and afternoon breakout sessions hosted by these DU campus community facilitators.

Dr. Corinne Lengsfeld serves as the Interim Provost and Executive Vice Chancellor at the University of Denver. As the University's chief academic officer and dean of the faculty, she provides leadership and comprehensive administrative responsibility while maintaining and enhancing the academic quality of the institution’s research, creative, and scholarly activities. Dr. Lengsfeld provides strategic planning and develops the University’s annual operating budget to ensure fiscal stability and support DU’s ambitious goals and mission.

A deeply respected teacher, researcher, administrator, and colleague, Dr. Lengsfeld has been part of the DU community for over 20 years. Previously, she served as the senior vice provost for research and graduate education, as well as in other leadership roles at DU. As a faculty member still actively engaging in research, she specializes in interdisciplinary research in meso- and micro-scale fluid systems. Her research has been supported by the National Science Foundation, the Department of Health & Human Services, the Department of Defense, the State of Colorado, Keck Futures, and others. She graduated from the University of California – Irvine with a B.S. in 1992, as well an MS and Ph.D. in 1993 and 1997 respectively.

Darrin Hicks, Ph.D., is a professor in the Department of Communication Studies and the Faculty Senate President. He teaches courses and conducts research in argumentation, rhetoric, community collaboration, and the philosophy of communication. His research has appeared in journals such as Rhetoric and Public Affairs, Cultural Studies, Quarterly Journal of Speech, Argumentation, Argumentation and Advocacy, Journal of Public Administration Research and Theory, and Evaluation Review. He holds a Ph.D. and M.A. from Southern Illinois University and a B.A. from the University of Missouri. 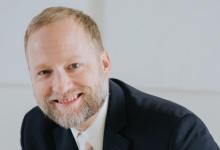 Garret Glass is the Assistant Director of Production Services for the Robert & Judi Newman Center for the Performing Arts.  He has worked for the University for almost 17 years, having also graduated from the Theatre Program at DU in 2002.  Garret is currently serving as President of the Staff Advisory Council.  He served on the council for 2 years.  He has worked on many large events at DU, including Peace Jam, the Daily Show, TEDxDU, and the 2012 Presidential Debate.  His wife, Maggie, is also a DU alum, and he has three sons, Sam, Ray, & Charlie.

Arthur Jones, Ph.D., is a clinical psychologist and interdisciplinary scholar who received a doctorate in clinical psychology from the University of Iowa (Iowa City) in 1974. At DU, he is currently Interim Vice Chancellor for Diversity and Inclusion, and Professor Emeritus of Music, Culture and Psychology in the College of Arts, Humanities and Social Sciences (CAHSS). In his 28 years at DU, he has held faculty positions in the CAHSS Department of Psychology, Colorado Women’s College (where he also served as Associate Dean), and the Lamont School of Music. He is also a past president of the DU Faculty Senate (2014-2016). Throughout his time at DU and over the course of his entire career, he has been a leader in advancing principles of inclusive excellence – in his teaching, scholarship, university service, and community work.

Judy Kiyama, Ph.D., is an associate professor and department chair of Higher Education in the Morgridge College of Education. Kiyama’s research examines the structures that shape educational opportunities for underserved groups through an asset-based lens to better understand the collective knowledge and resources drawn upon to confront, negotiate, and (re)shape such structures. Kiyama’s research centers community-engaged coalitions and partnerships across scholarship and teaching with the goals of advancing educational access and equity. She has partnered with organizations like the  Ibero  American  Action  League in  Rochester,  NY;  RISE  Colorado in  Aurora,  CO;  and the  College  Academy for  Parents in  Tucson,  AZ. Kiyama earned her Ph.D. in Higher Education from the University of Arizona. 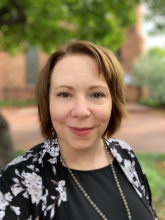 Tali Koziol Thomason has over 20 years of professional experience culminating in her current role at the University of Denver. As Director of Marketing, Communications, and Events for the Ritchie School of Engineering & Computer Science Tali drives strategy and implementation to build the school’s brand, share their success, and cultivate a strong engaged community. Tali also serves as the Chair of the Women's Coalition at the University of Denver. She is a Colorado native who is addicted to podcasts and audio books and enjoys knitting and getting outdoors with her family when she’s not on campus.

Aaron Schneider is DU Chapter President of the American Association of University Professors and Professor of International Studies at the University of Denver. His oncampus organizing around shared governance began in graduate school, organizing the University of California graduate student RAs and TAs into a union. At the University of Denver, Schneider and the AAUP have focused shared governance efforts on reforming the faculty senate, supporting faculty voice in the selection of academic administrators such as the provost, and policies to increase faculty voice in board of trustee selection of the university president.

Laura E. Sponsler, Ph.D, is a Clinical Assistant Professor of Higher Education at the University of Denver and serves as the Resident-Scholar for Teaching and Professional Faculty.  In her role, Dr. Sponsler integrates teaching, scholarship, and service in service of the institutional mission to be a great private university dedicated to the public good.  Her work broadly examines the role of colleges and universities in creating more democratic practices for all constituents and institutionalizing the civic mission of higher education.  Previously, Dr. Sponsler served as the founding director for NASPA’s Lead Initiative, a civic learning and democratic engagement network, and as a practitioner in service-learning.  Laura received her Ph.D. in Higher Education and M.S.Ed. in Higher Education Management from the University of Pennsylvania, and has a B.S. in biology from Saint Joseph’s University. 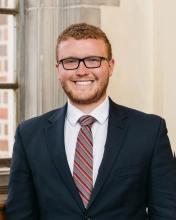 Matthew Walter is the University of Denver undergraduate student government president and a senior, studying political science and public policy. Matt is dedicated to serving the DU community through his leadership role. Seeing an opportunity to help shape the student experience and realize DU’s potential, he became involved in student government three years ago. He is also involved in the graduate public policy group, Pioneer Leadership Program, and the Honors Program. Throughout his time at DU, he has approached each situation with curiosity and questions from the heart. His mission to serve is his passion.