Three staff members and one department have been named winners of the 2020 Staff Awards. The winners embody the dedication and forward-looking spirit that drive DU to be its very best. 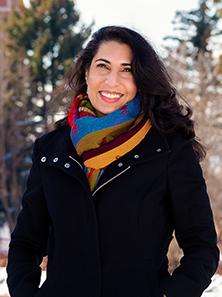 The Outstanding Service Award is the highest award presented each year and recognizes a person who exemplifies the University of Denver’s mission.

Ahmad has been with DU since 2007, initially serving as both director of undergraduate and graduate student affairs in the Josef Korbel School of International Studies. Currently, Ahmad is assistant dean for students in the Graduate School of Social Work.

“Deana can often be found in spaces that invoke challenging conversations around race, equity and inclusion,” Jasmine Pulce, assistant director of affinity group support, writes in a nominating letter. “She has worked hard in multiple roles at varying levels to foster an environment of inclusion, especially for graduate students.”

According to Pulce, Ahmad helped students in Korbel find their voice and navigate campus politics, often serving as a liaison between students and administrators. At GSSW, Ahmad represents the only graduate school to have integrated power, privilege and oppression into its curriculum, and she continues to serve as a resource for graduate students as she did in previous roles.

“While some choose to stay silent because of what they might risk by speaking up or because of fear or discomfort, Deana is someone who speaks up — I have witnessed this bravery myself,” says Pulce. “As a former recipient of this award, I would be remiss if I did not acknowledge those whose shoulders on which I stand.”

The Quality Department Award honors the staff of a DU department for its outstanding service to the DU community.

More than 120 full- and part-time staff comprise the Custodial Services department within Facilities Management and Planning. Some of the employees have been with the University for as little as a few months, while others have been at DU for more than 40 years. The department is responsible for maintaining the cleanliness of all interior spaces in academics and administrative buildings, as well as dining halls and common spaces in residential buildings.

Custodial Services is recognized for outstanding work during the COVID-19 pandemic that continues to this day. “The University remained open during COVID, and thus, there remained a need for custodial services,” one DU employee commented when nominating the department. “Whether it be utilizing new sanitation equipment or wearing new PPE, these staff, many of them immigrants to this country, deserve to be acknowledged for the risk and sacrifices they have taken on so that the rest of us are safe.” 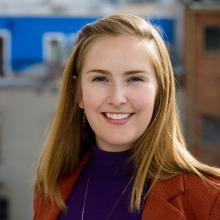 The Crimson and Gold Award recognizes a DU employee who demonstrates outstanding commitment to and support of the University.

Brianna Johnson is a graduate of the University of Denver and has now worked for DU for the past six years. She currently works as an executive assistant in the Office of Diversity, Equity and Inclusion. However, for the preceding five years, she served as a program coordinator and a program manager with DU’s Living and Learning Communities (LLC). Johnson developed and executed academic courses and community-based programming for students in the wellness and environmental sustainability LLCs.

“Brianna has allowed our department to flourish during her six-year tenure with the program,” writes Molly Clarke, a program coordinator with LLC. “She goes above and beyond in her dedication to creating excellent programming and a well-running team. More than that, her passion for student success is incredible.”

Johnson is also co-founder of WORC, Whites Organizing for Racial Consciousness. The group serves as an informal network for DU community members eager to support racial justice and to acknowledge the responsibility white people have in building a more just and fair community in solidarity with people of color.

“WORC was a very ambitious project that took a lot of time and effort,” says Alex Parsons, also a program coordinator with LLC. “In the beginning, attendance at WORC meetings was low. Despite this, she persisted as she believed that it is of the utmost importance on campus.” 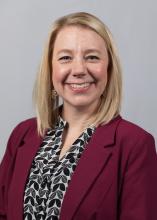 The Staff Innovator Award is given to a DU staff member who has demonstrated creativity and innovation in work that advances the University’s strategic plan.

Pomager came to the University of Denver when she left Louisiana for college, and now, two decades later, she is the senior associate director of admission and the campus visit manager. When the pandemic forced everything online last spring, Pomager led the effort to evolve every aspect of the daily prospective student visit program and the admitted student yield program.

“It is utterly amazing once you think about all that has happened since March 14 and everything that has really been accomplished to bring in our first-year students this fall,” writes Jennifer Gross, her colleague in Undergraduate Admission. “Shanna and her team were able to envision and pull off an incredible achievement I believe few could have managed.”

While many universities struggled this year to meet enrollment targets, DU managed to recruit and enroll a first-year class that is similar in size and make-up to a typical year. “Without Shanna’s efforts, undergraduate admission may not have had as successful a year,” writes Craig Dionne, another colleague. “She worked tirelessly for weeks to get virtual tours, information sessions and special webinars planned, scheduled and executed.” 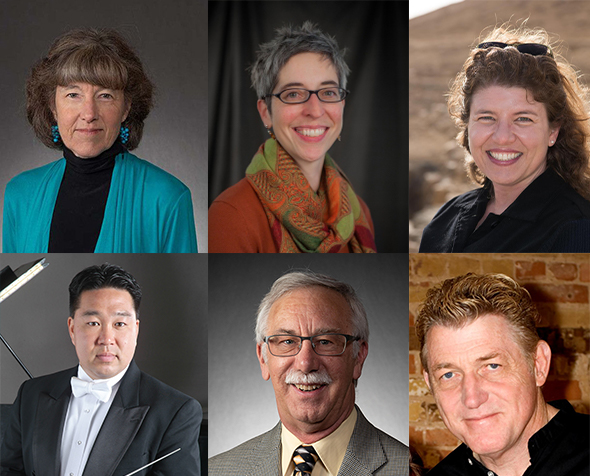