It almost takes a map and compass to find Thomas Walker’s office in The Hub. Enter through the front doors, climb the back stairs, take a right, then a left, then another left.

But ask Walker, who leads the University of Denver’s department of Inclusion and Equity Education (IEE), how he got here and the path seems pretty straightforward.

“I get asked, ‘How did you get into this field?’” says Walker, who has worked at IEE for more than a decade. “Well, there was this summer camp.”

The year was 1989 and Walker was just a kid, 16 years old, looking for something to do with his summer. When the St. Francis Xavier Catholic Church in his hometown of Birmingham, Alabama, offered to send him away for a week, Walker didn’t think twice. He certainly didn’t think it would change his life.

The National Conference of Christians and Jews (known since 1999 as the National Conference for Community and Justice) created Anytown camps in the 1950s. They included some of the traditional summer activities like canoeing and crafts, but the focus fell squarely on social justice. After a week of camp, the NCCJ hoped its diverse groups of campers (known as “delegates”) would emerge as respectful, understanding and inclusive community leaders.

By the late ’80s, the camp had spread to Birmingham. Walker — who, by his own admission, knew few non-whites — was one of the inaugural Anytown Alabama delegates. With his limited exposure to diversity, and as a gay man who had not yet come out, he quickly realized it would be a transformational summer.

“It was a really powerful experience,” he says. “Having grown up in white Birmingham, I was taught in school that we solved all that [racial conflict] in the ’60s. The [other delegates’] experiences in Birmingham were incredibly different from mine. My world was not the world. It was just my take on it.”

Face-to-face conversations with his peers changed that. Each day, the camp facilitated discussions about difference and diversity, power and privilege. Each evening, the delegates delivered presentations about their religions and cultures.

“This was one of the best experiences of your life,” Walker wrote at the time, in a letter to his future self. “Don’t forget the joy and pain and the friends you made. Work to end the same pain, to spread that joy and to make more friends.”

“I wish we didn’t need this [sort of camp] anymore. [But Anytown] and other camps are constantly challenging and trying to empower the next generation to keep the change going. The fact that we’re talking about more issues means we have actually carved out more space to do these sorts of things.” 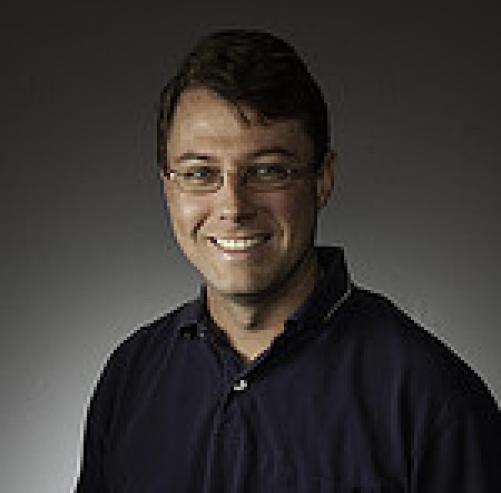 Which is why, this summer, Walker was so excited to return to Anytown. Asked back as an advisor, Walker taught campers about privilege and alliance building.

“It was long days, it was bugs, it was not the best food,” Walker admits with a laugh. “But it was both exasperating and inspiring to see the honesty the [delegates] had, the smarts they brought and their passion.”

They sometimes referred to him as the “wise grandpa” and gawked at the fact that their teacher was “a student from the last millennium,” but Walker reveled in the group’s energy. He remembers being in their places and feeling as they did, invigorated and inspired.

After his week at camp as a teen, Walker got more involved in diversity work. He returned to Anytown camps several times in high school and college as a peer counselor, created an alumni group, studied interpersonal and intercultural communication in college and, ultimately, made it his life’s work.

“I wish we didn’t need this [sort of camp] anymore,” Walker says. “[But Anytown] and other camps are constantly challenging and trying to empower the next generation to keep the change going. The fact that we’re talking about more issues means we have actually carved out more space to do these sorts of things.”

When Walker returned home from his first experience at camp all those years ago, he felt more in-tune with the world around him, more sure of the mark he wanted to leave on the world. Returning 30 years later, he says, it wasn’t much different.

“The takeaway was that I found the right field, and it all started there,” Walker says. “Who knew camp could do that?”