There are many reasons Madeleine Albright decided to write her sixth book, “Fascism: A Warning.” But in examining the history of oppressive, power-hungry regimes, it was impossible to ignore her own history — as the first female secretary of state and as the daughter of Josef Korbel.

“When he came to the United States, one of the things that he said was, ‘There’s nothing better than to be a professor in a free country,’” said Albright, sitting in the school of international studies that has borne the name of her father, the school’s founding dean, since 2008. “And he also said he was worried that Americans seem to take democracy for granted. There’s too much complacency.”

These are troubling days for the lifetime diplomat and former ambassador to the United Nations. When she looks around the world, Albright finds totalitarian leaders embracing an “us vs. them” system that marginalizes outsiders and the free press, using violence to assure power. Meanwhile, the man she describes as the “least democratic president in history” presides over the country in which her Czechoslovakian family sought refuge from Communist advances in 1948.

Speaking at DU’s Anna & John J. Sie International Relations Complex and wearing one of her trademark brooches, this one depicting the Roman messenger Mercury, she wanted to make sure students, faculty and staff heard her loud and clear.

“We’re all familiar with that saying, ‘see something, say something,’” she told the crowd. “I’ve decided to add to it: ‘Do something.’ And I think that’s where I’m hoping the book will make a difference.”

Academics, Albright told the crowd, are some of the most effective soldiers in the fight against fascism. Their job is to uncover the truth, she said, and teach their students to explore and respect differing opinions.

Therefore, institutions of higher education must play a leading role in encouraging civil discourse — welcoming speakers with opinions at odds with campus consensus and hearing them out.

“It’s very difficult if you think the person’s a total jerk,” Albright said, noting her frustrations with universities that no longer invite speakers with opposing views. “You have to try to put yourself into the other person’s shoes to figure out where they’re coming from. You need to say to somebody, ‘I disagree with you, but I’m prepared to hear what you have to say if you’re prepared to hear what I have to say,’ and flat out recognize that you’re in a different place. There’s a level of honesty that I think is necessary.” 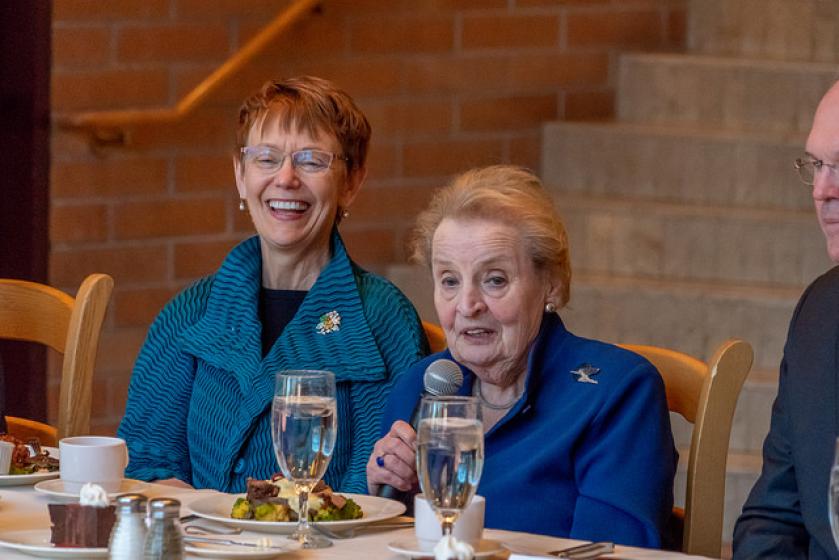 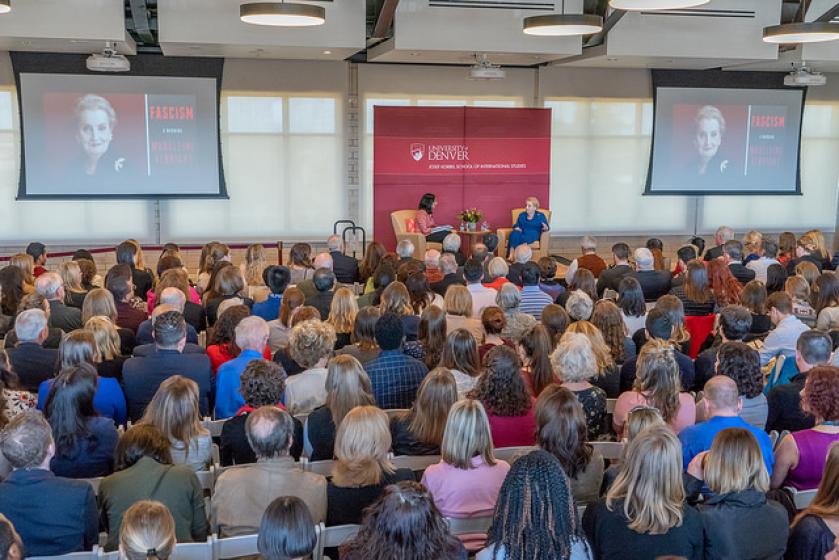 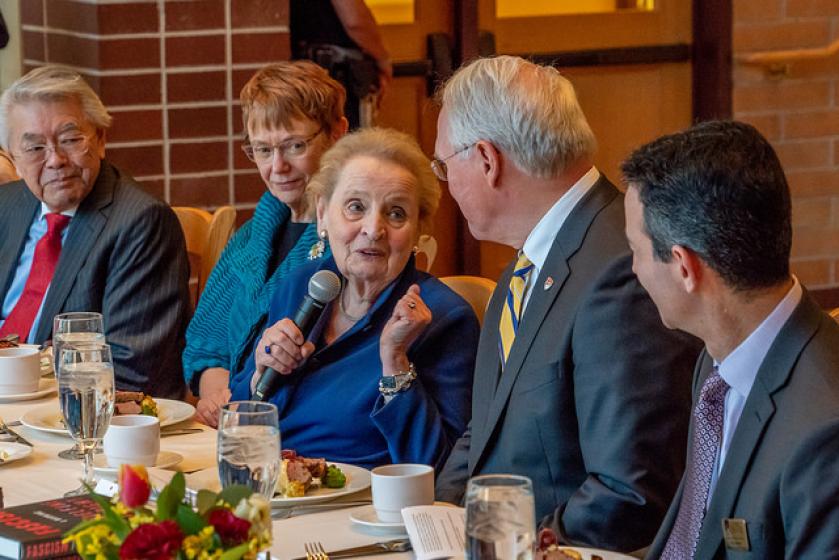 During her hourlong Q&A with the Korbel School’s acting dean, Pardis Mahdavi, Albright entertained her audience with her wit and old war stories. They laughed as she recounted her cameos on popular television shows, including “Gilmore Girls” and “Parks and Recreation.”

But Albright ultimately struck a tone befitting the self-proclaimed “optimist who worries a lot.” She fears fascism is gaining a foothold in what has been a trying time for her beloved but cash-strapped State Department. Yet she believes today’s students have a better understanding of the world than their predecessors and are capable of fighting back.

“They're really playing an active role in creating a world that really makes them comfortable, and they can do good work,” Albright said in an interview after the event. “They can make a difference rather than just being observers.”