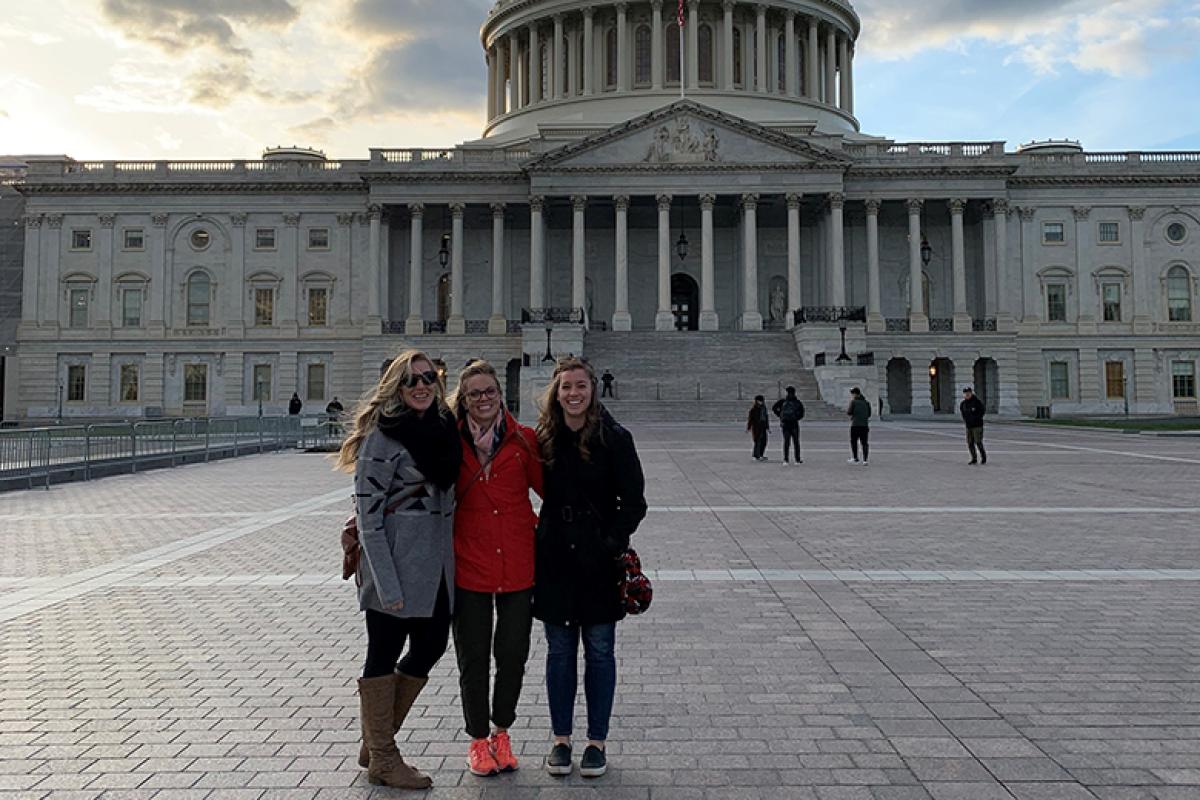 In February 2020, the president of the United States had just been impeached, and the country was teetering on the edge of the coronavirus pandemic. Amid all of the turmoil and uncertainty, University of Denver alumna Mackenzie Fallt began a new chapter.

That month, she took a job in Washington, D.C., with fellow DU alumnus, Rep. Jason Crow of Colorado’s 6th Congressional District. Since then, she has served as staff assistant and legislative correspondent, managing the congressman’s front office, coordinating meetings and scheduling tours for visitors. She also connects with Crow’s constituents, who reach out daily by phone, email, snail mail and more. 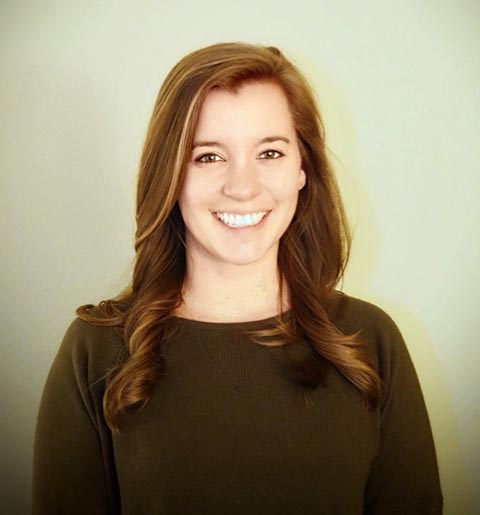 “We hear every day from constituents on issues they are passionate about,” she says. “It’s my job to work with our legislative staff to write letters in response, articulating the congressman’s position on legislation or the broad issue area they wrote about.”

When Fallt, who majored in English, psychology and international studies, graduated from DU in 2014, she wasn’t yet sure where her career might take her. She began working full time with DU’s Office of Admission, while pursuing a master’s degree at the Josef Korbel School of International Studies in her spare time.

In 2019, after a few years of balancing work and school, Fallt quit her job and moved to Washington, D.C., to take part in the “Korbel in D.C.” program, which sends graduate students to the nation’s capital for a quarter to take classes while connecting with leaders and policymakers. Fallt spent that quarter interning for Rep. Ed Perlmutter of Colorado’s 7th Congressional District, before graduating with a master’s in international studies in December 2019.

That’s when Fallt learned of an opening in Crow’s office. She had watched his campaign for Congress back in 2018, and even then, was impressed by his key issue focus areas and approach to leadership. She jumped at the chance to work alongside him.

“When my program was ending, I realized there was still so much to learn about being on [Capitol] Hill and so much work I could do there,” she says. “I had seen firsthand all the really hard work a congressman’s legislative staff does, and I thought if I could have the opportunity to join a legislative team and have a portfolio of issues that touch on things I am already passionate about, that would be awesome.”

Just before Fallt joined the team, Crow made headlines as one of seven Democratic impeachment managers prosecuting President Donald Trump in the in the U.S. Senate. Though she missed out on the intense work of the trial, Fallt’s time in Crow’s office has been touched by another pivotal experience: COVID-19.

As a legislative correspondent, Fallt spent the early days of the pandemic on the phone with person after person facing the resulting chaos: job losses, deaths, health-care challenges, fear and frustration.

“Being trusted with people’s life stories was really profound and impactful,” Fallt recalls. “That really solidified for me how important what our office does is — being accessible, being there to listen and to advocate. That really set the tone for the rest of the work I’ll do on the Hill. I’ll never take it for granted.”

As Crow sees it, that work and dedication to service have cemented Fallt as a key teammate.

“Mackenzie has been an incredible member of the team, running our front office, playing a key role in managing our communications with constituents and helping draft speeches,” he says. “When we were hiring for the role, it was important that we find someone who could balance the many facets of the job. Mackenzie brought that all to the table and more, which doesn’t surprise anyone who knows her and certainly doesn’t surprise me as a fellow DU alum.”

Fallt plans to continue learning in her role and aims to build a portfolio focused on international affairs, health care, the environment and gun-violence prevention.

“I think the opportunities that come from working on a legislative team, or working for a committee in the future, would be really beneficial and a great continuation of what I learned in my program at Korbel,” she says. “I have seen our team go from an idea to the reality of delivering pieces of legislation that will profoundly impact millions of people’s lives.”

As her journey continues, Fallt looks back at her time at DU with gratitude: “I don’t know where I would be in my career if DU hadn’t been where I chose to go. I benefited from incredible undergrad professors and mentors, and I also benefited from really incredible people that I worked with in Undergraduate Admission.”

That’s something Fallt and Crow have in common, he says.

“When I moved to Colorado with my wife [a fourth-generation Coloradan] and was planning for law school, DU stood out as a school that would combine academic study with real world experience. It’s that hands-on learning and an emphasis on collaboration that prepared me to practice law — lessons that I still put into practice working with constituents and my colleagues in Congress today. Mackenzie is an example of DU alums doing high-level work around the world.