Alumna Recognized as Role Model for Women in STEM 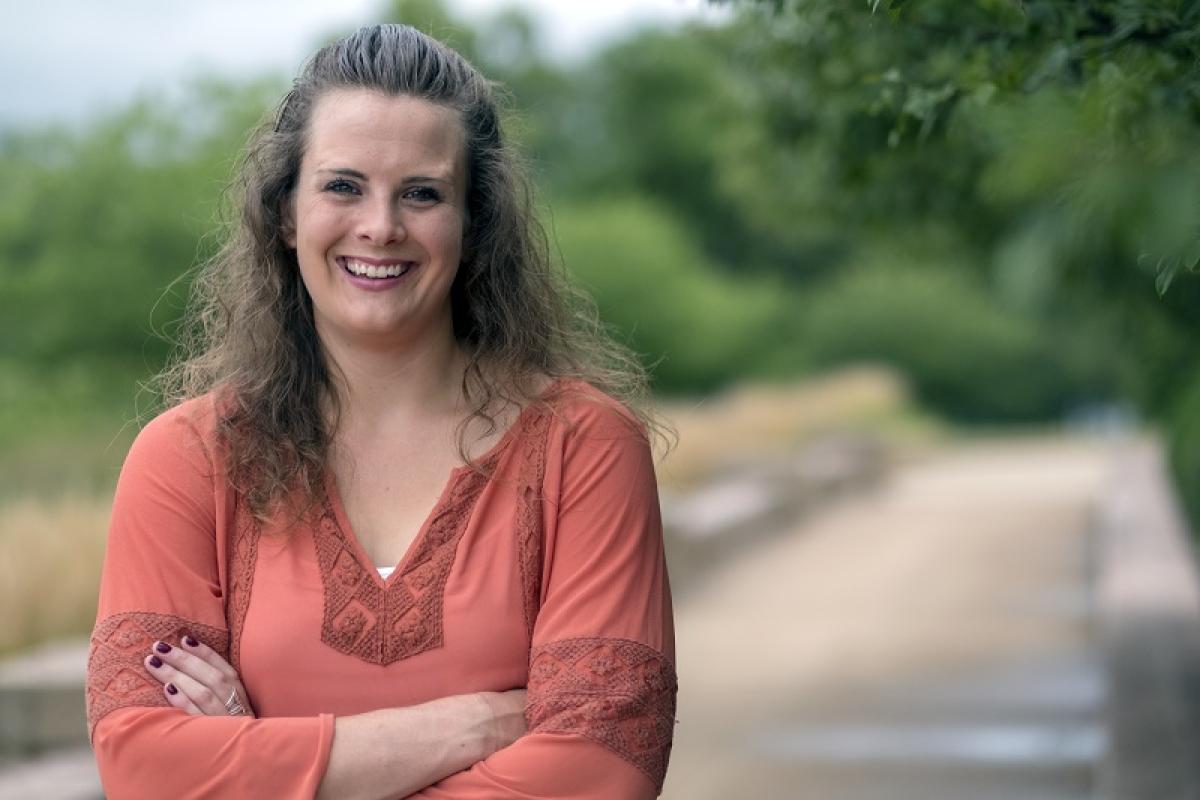 In high school, Brecca Gaffney says, she didn’t know what an engineer was. Even after securing a scholarship to a well-regarded engineering school, she couldn’t quite grasp the idea of a career in the field.

By November 2018, the University of Denver alumna stood on a stage in Washington, D.C., accepting the prestigious L’Oreal USA Women in Science fellowship. The same woman who was essentially majoring in basketball at the Colorado School of Mines could now consider herself to be one of the preeminent female postdoctoral scientists in the country.

As one of five L’Oreal fellowship recipients, Gaffney (MS ’13, PhD ’17) receives a $60,000 grant to fund her biomechanical research. Accompanying the monetary award is recognition for her work in the community and for her role as a trailblazing woman in the fields of science, technology, engineering, and mathematics (STEM).

“I’m very humbled and grateful,” says Gaffney, who is conducting her postdoctoral research at the Washington University School of Medicine in St. Louis. “I would be nowhere near where I’m at without the people around me. Without my family, it would be impossible. But also from a research standpoint, starting at DU and being totally green and getting to this point, I’ve been so fortunate being around genuinely good people. I think that’s just a reflection on who and where I came from.”

Raised in Greeley, Colorado, Gaffney’s initial priority was the sport that would pay for her undergraduate education: basketball. At Colorado School of Mines, she was a four-year starting forward, one of the team’s top scorers and its leading rebounder. But when an injury took her off the court, the rest of her academic career came into sharper focus.

After a course in biomechanics her junior year, Gaffney realized she was passionate about studying the way humans move. 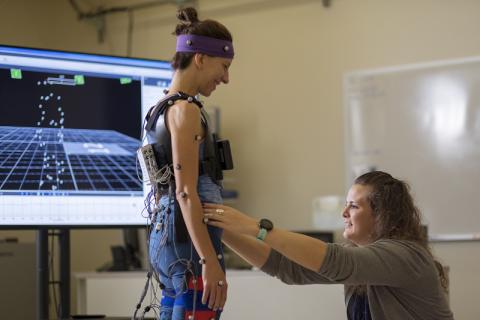 “I was instantly hooked and wanted to know more,” she says. Though she comes from a family of health clinicians, she calls herself the oddball engineer. “I love the technical component of it, the problem solving, the design aspect. But the concept of helping people or having your work impact people was more engrained in me than I realized.”

Pursuing graduate studies at the Ritchie School of Engineering & Computer Science, she found the perfect match for her interests in Bradley Davidson’s human dynamics lab. Gaffney centered her research on amputees, wondering how the body compensates for lost limbs and the connection that compensation may have to low back pain.

But importantly, she explains, her work looked at the data from a clinician’s point of view, in search of a practical application. Davidson gets the credit, she says, for shaping the way she thought about the science.

“It was incredible to be able to work with the really established senior researchers at an almost one-to-one ratio, which is not something you get at the bigger institutions,” she says. “The hands-on access … is second to none. That’s really where I learned how much I love teaching. And I wouldn’t have had that type of access to the classroom at another school.”

The classroom is where Gaffney envisions herself, both in the short and long term. One of her current priorities is building relationships with middle and high school kids through the nonprofit Mission: St. Louis, where she volunteers weekly.

“I think it is our social calling to give back,” she says. “It’s really exciting to interact with people who are different than me and see how they’re pursuing their dreams. L’Oreal really emphasizes what they call ‘changing the face of STEM.’” 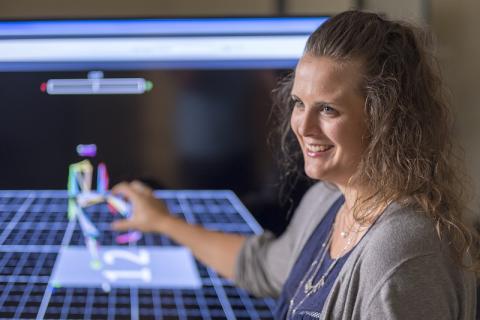 Gaffney tries her best to personify that phrase in a field, mechanical engineering, where women are even more outnumbered than in the other STEM disciplines. And in the next few years, she is hoping to secure a faculty position at a university, where she can influence and inspire the female engineers of the future — though she would rather they be seen as “engineers who are female” instead. She would rather the scientific community place accomplishment above identity.

“I think women in STEM, we’re not victims,” she says. “We’re equals. DU does a pretty good job of acknowledging the issue, talking about it, but not using it as an excuse, which I really appreciate.

“If we can diversify the minds contributing to science from a gender standpoint, from a race standpoint and approach the work from different angles, we really make the science better.”