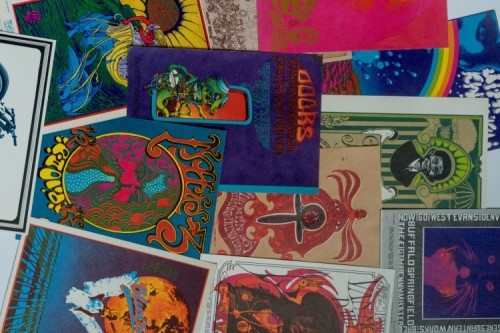 It was in existence for less than a year, but the Family Dog rock club — located just down the street from DU, near Evans and Santa Fe — was the epicenter of ’60s cool in Denver. Opened in 1967, the venue — an offshoot of concert promoter Chet Helms’ Family Dog club in San Francisco — saw performances by Jimi Hendrix, the Grateful Dead, the Doors, Jefferson Airplane and many more.

DU art history professor Scott Montgomery, an expert in ’60s psychedelic rock posters, first learned of the Dog and its legacy through a poster exhibit he mounted at DU’s Vicki Myhren Gallery in 2014. Intrigued, he began to study the venue’s history and its impact on Denver’s cultural legacy. 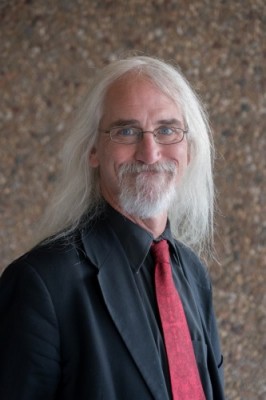 “It was really the first nexus that pulled a disparate counterculture together [in Denver],” he says. “It created critical mass. It took places to do that. You had pockets of counterculture everywhere, but often it congregated around rock clubs. They were the church, for the lack of a better way to put it.”

For the last two years, Montgomery and his collaborator Dan Obarski have been working on a documentary film about the club — “The Tale of the Dog” — scheduled for release in late 2018. They have interviewed former employees, concertgoers, poster artists — including the iconic Stanley Mouse — and musicians who performed at the club, uncovering several DU connections in the process. A few of the bands that played at the Dog, Montgomery says, featured DU students and alumni. And some students volunteered and worked both at the club and on its in-house light show, which often made use of slides from the DU art library.

One source the pair was not able to interview, to Montgomery’s dismay, was Barry Fey, the legendary Denver concert promoter involved in the founding of the Denver Dog and who died in 2013. Fey lived on the DU campus when he first arrived in town, and his first big move in Denver was booking the Association for a DU fraternity party. The legacy of the Dog lived on, Montgomery says, in the shows Fey booked after the venue’s demise, most notably the “Summer of Stars” lineups his Feyline corporation brought to Red Rocks every summer in the 1970s and ’80s.

The biggest surprise of the filmmaking process, Montgomery says, came from talking with former employees of the club. When he started on the documentary, he says, he thought the film would revolve around the posters, the music and the cultural clashes between “hippies” and the police, but he soon learned that wasn’t the Dog’s true legacy.

“The posters are incomparable; the music, who’s going to argue with it; but really the cool part of the story is the family, the community,” Montgomery says. “These people were tight. They still love each other. We were coming at it externally, and as we’ve gotten inside the story, the beating heart is human—and it’s beautiful.”

As for the Family Dog itself, Montgomery says, “it is a window into Denver’s moment of opening up 50 years ago. This is Denver’s beginning shift from cow town to hip city. This became the nexus.”